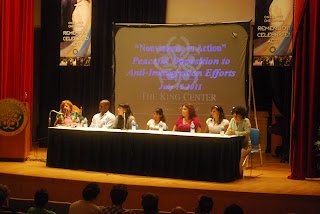 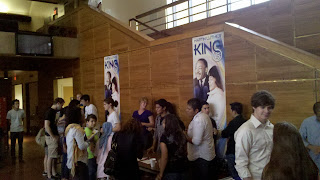 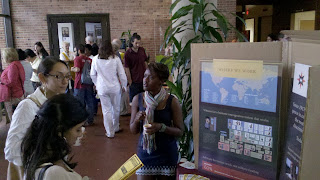 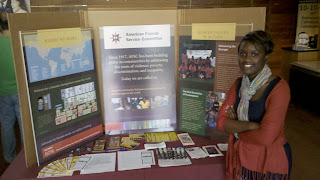 The King Center's inaugural “Nonviolence in Action” event focused on the the hot topic of immigration reform.The event facilitated a dialogue with several organizations, including American Friends Service Committee, using nonviolence to further the cause of fair and equitable treatment of immigrants in Georgia.

Civil Rights veteran and former AFSC staff Constance Curry moderated a panel discussion with several courageous undocumented youth who had recently risked deportation in their efforts to demand fair and just pathways to citizenship. AFSC's own Josie Figueroa was also on the panel discussing our migrant youth voice project.

The theme of the evening seemed to be the obvious connections between the civil rights movement of the 60's, and the present day fight for immigrant rights. Constance Curry seemed to reiterate that point throughout the evening and spoke of intense feelings of nostalgia when she experienced young undocumented Georgians in the street chanting proudly, "undocumented, Unafraid". The fearlessness of their recent actions parallel the fearlessness of young freedom riders of the sixties.

AFSC was proud to play a role in planning the event and we look forward to future collaborations with the King Center.

Big ups to Dejah Ault for staffing the AFSC table so well!!