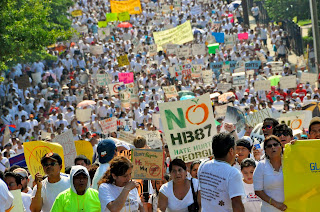 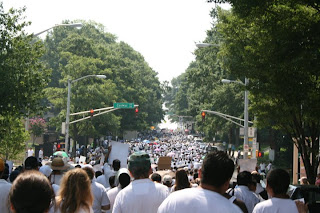 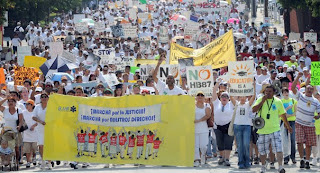 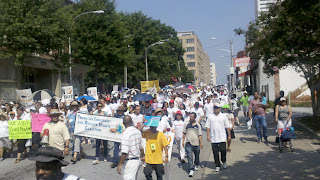 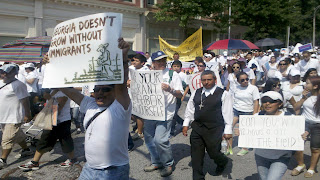 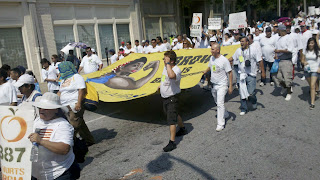 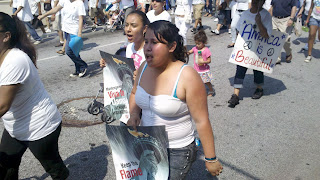 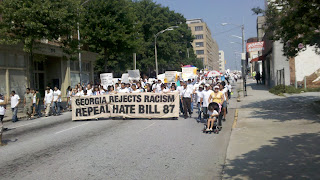 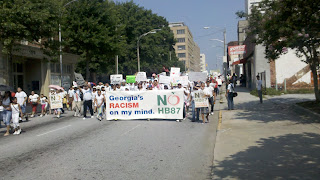 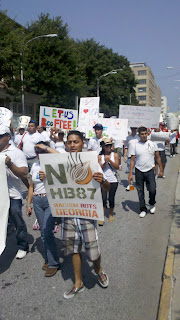 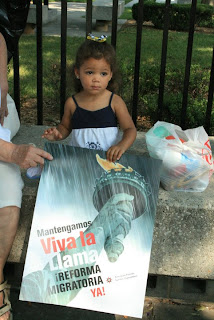 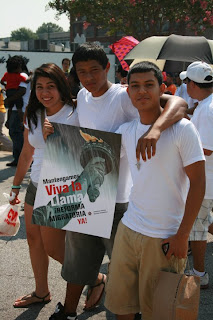 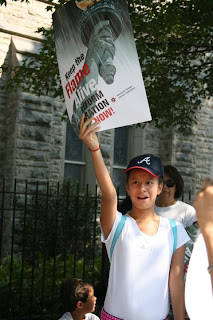 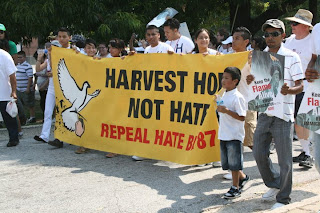 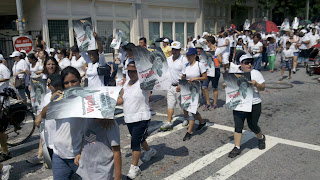 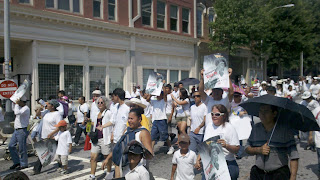 Today Thousands of Georgians filled the streets of Atlanta to unite their voices against HB87, the anti-immigration bill that went into effect yesterday.

I've done organizing work in Georgia for ten years. I've been a part of small actions and big ones in every pocket of the state. Today was by far the largest mobilization I've seen anywhere in Georgia, ever. There was over twenty blocks of people marching, some say over 20,000 people, despite the blazing heat. I could be wrong but I believe that today was the largest political mobilization in Georgia in the last few decades.

The number of folks, and the energy they brought(which was palpable), should send a clear message to Georgia politicians. Not only can Georgia's economy not afford HB87 or bills like it, Georgia's people will not tolerate legislated racism and xenophobia.

With references to Martin Luther King throughout the march, and many civil rights leaders on hand to lend their strong support to the movement, it's also clear that many view bills like HB87 as a sad step back towards the darker parts of Georgia's history.

While parts of HB87 have been temporarily block by a federal Judge(as a result of a lawsuit filed by the ACLU of Georgia and the National Immigration Law Center), it's clear that the fight against HB87 is not over.

One silver lining that some see as a result of bills like HB87 is the galvanization of immigrants across the country. One result that blatantly racist bill's like HB87 could bring is real immigration reform on a national level. I believe a train has begun rolling through communities all over America and it's inevitably won't stop until we have fair and just pathways to citizenship for everyone that call the United States home. We all have a right to exist.

AFSC Atlanta and our Migrant Youth Voice project was proud to be there and support The Georgia Latino Alliance for Human Right's(GLAHR) mobilizing efforts. We gave out hundreds of our new immigration reform placards.