From Atlanta to Prague to Jerusalem 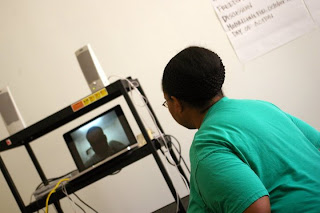 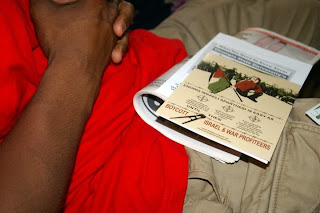 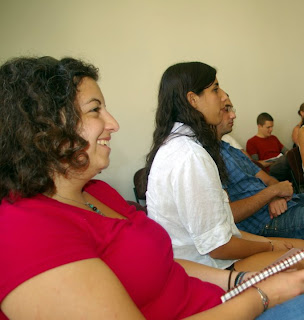 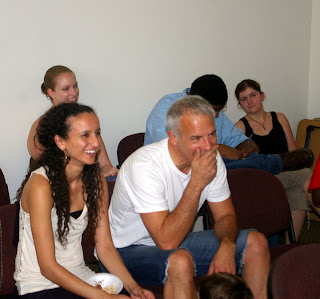 This past Saturday the Movement to End Israeli Apartheid Georgia(MEIAG) held it's monthly community meeting at our offices in Atlanta. MEIAG usually begins each community with an analysis and discussion and this month the we had the opportunity to discuss the global implications of Israel's recent attacks on the freedom flotillas.
For those that aren't aware, in May of this year a convey of peace activist carrying several tons of humanitarian aid to Gaza was brutally attacked while on international waters. The few recording devices not permanently stolen from media aboard the Flotillas caught audio of Israeli soldiers shooting activists before they even landed on the ships. In the end 16 activist were killed, many of them at close range, dozens more injured, all unarmed.

The US media coverage was somewhat biased, immediately giving voice to Israel's excuses and focusing on silly facts, like footage of activist trying to protect themselves with folding chair as the IDF shoots at them? The rest of the world painted a picture that was much closer to reality, and the consequences were swift for Israel. The facade was cracked. Turkey withdrew it's ambassador from Israel, and joined Greece in canceling joint military exercises with it. Several EU countries summoned their Israeli ambassador to protest their behavior. Protests broke out all over the world. Union dock workers refused to unload Israeli goods and dozens of entertainers refused to set foot in Israel.
It seemed like the begining of a change in the global narative in Israel, except in the United States where media seemed intent on towing the line for Israel. So in the spirit of continuing to reach out for a more global perspective MEIAG set up skype sessions with Alexandr Vojita, who was actually on the flotilla, and Eva Adams, both activists in Prague. Sadly we had technical diffuculties which cut our conversations with them to basically a cameo thanks from the crowd. We also had the pleasure of skyping with Ziyaad Lunet who was in Jerusalem at the time. Ziyaad is a founding member of MEIAG and an instrumental organizer in the global BDS movement. Ziyaad shared a little about his recent expreience in the Gaza stripe and his analysis on the global impact of Israels attack on the flotilla and answered several questions from folks in Atlanta.

After some discussion we said goodbye to Ziyaad and turned our attention Atlanta's own ties to
the Israeli apartheid, namely the Georgia Internation Law Enforcement Exchange(GILEE) and our campaign to shut it down.

American Friends Service Committee is grateful to be able to lend support to MEIAG's important efforts and hope to play an important role in future organizing efforts.
To find out more about MEIAG and the GILEE campaign visit: http://www.meiag.org/