A Day at the King Center 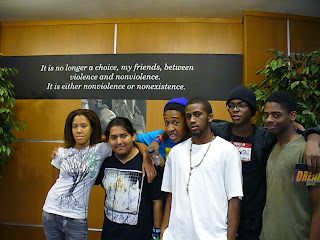 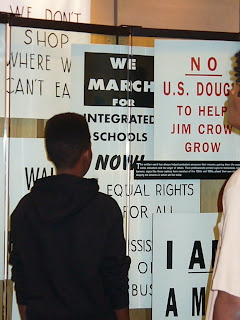 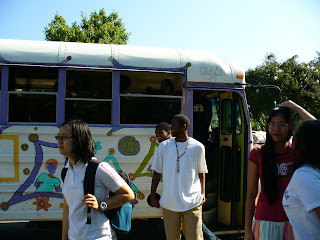 As part of our ongoing "Be the Change" curriculum at the Horizon's school AFSC organized a field trip to the King Center where students where able to walk through the museum that lays down a basic time-line of Martin Luther King's life, legacy, and highlights other important factors of the civil rights movement.
Students also learned about the role that young people played in the civil rights movement and we explored much or the unrealized work of Dr. King and his contemporaries around poverty and militarism, work that is still sadly relevant today.

After spending time in the museum we headed to the theater for a screening of "A New Time, A New Voice", which was a 30 minute retrospective on King's life. Many of the Horizons students expressed feeling deeply effected by the film, one 10th grader stated, "I've always known that Dr.King was part of something important, but I never had any idea of the sacrifices folks made in that(civil rights) struggle. I had no idea it was that hard."

We're looking forward to processing the experience further with students as we begin to explore modern movements in the south.