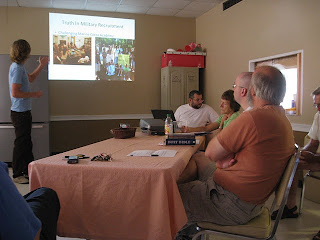 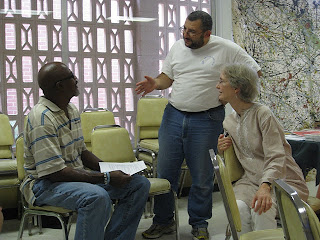 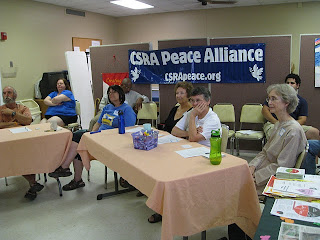 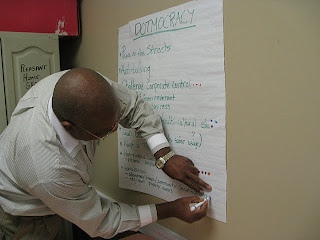 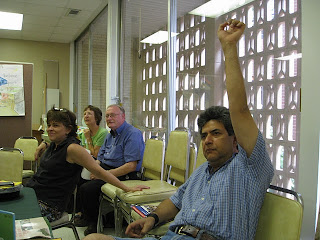 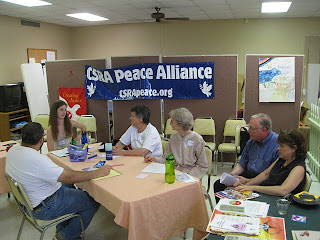 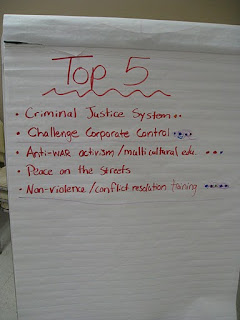 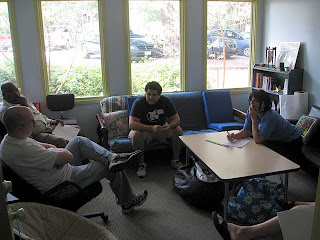 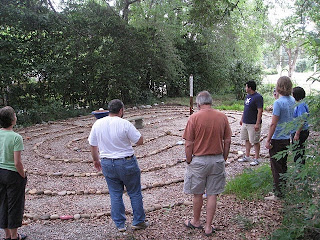 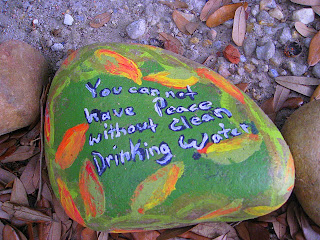 Challenging the military industrial complex, and the culture of violence in our communities, has always felt like an uphill battle in the more conservative part of Georgia. Things have been especially difficult after the 2008 presidential election which caused many in the base of the peace movement to became somewhat complacent, assuming that the new President would usher in the age of peace...that didn't happen.

Two years into the new regime and we're not only still in Iraq, the Military budget had increased by 4%, there's been an additional 30,000 troops sent to support an increasingly bloody occupation in Afghanistan, drones have kill hundreds of civilians in Pakistan, and the Israeli government continues to receive 10 million in military aid from us each day.

The tremendous human and economic cost of war can also be seen in communities in Augusta. Poverty, foreclosures, unemployment, homelessness, and crime(especially amongst youth), is on the rise. It seems our countries addiction to war has broken the back of our economy and our communities.

Building resistance to the systems that hold us down has never felt so urgent in my lifetime. That's why I was so excited when Central Savannah River Area(CSRA) Peace Alliance co-founder and Georgia Peace & Justice Coalition organizer Ayman Fadel asked if I would be willing to facilitate a day long peace retreat designed to re-energize and re-focus the CSRA Peace Alliance.

Ive had the opportunity to do a lot of organizing work around rural Georgia over the years and I usually come with low expectations. I was expecting a lively group of 5-6 activist, likely all people that I had met before. When I showed up I was surprised to see around 20 people, many of whom I didn't recognize. Throughout the day there was a steady flow of new folks that joined us.

After doing everyone was welcomed Denice Traina facilitated a brief ice breaking exercise that basically asked each of us who we would invite to our next birthday party if we could bring anyone from any time period. The answers were pretty fun.
I went through a brief history of the peace movement in Georgia, 2002-present, and then Matt Powell presented on Pacifism, and Joey Traina gave the group an update on the "Peace on the Streets" campaign he's working on before we went into developing strategy and focus.

We used a basic version of the dotmocracey model to prioritize issues that members of the alliance wanted to organize around. After lot's of discussion we finally narrowed our large list of issues into two basic projects.

1. Developing the capacity to facilitate non-violence trainings in the Augusta community. One of the strong motivations for this idea seemed to be rooted in the fact that there has been a rise violence in Augusta and developing trainings may not only challenged the notion of violence in our foreign policy, but also in our own back yards.

2. Developing campaigns that challenge corporate rule. There where so many ideas connected to this project, I look forward to seeing what the working group comes up with.

We spent a little time developing some campaign strategy and developing next steps for folks before closing. After we closed Joey gave us a tour of the new Peace Labyrinth that he had worked with youth to build. Several of the CSRA Peace Alliance members agreed to let me record a few soundbites from them. I cut it into a short clip, check it out:

I would like to give a few very special thanks to Ayman Fadel for his overall commitment to the peace movement in Georgia, Denice Traina for putting me up Saturday night, and Fiona Sheehan for helping me facilitate and taking all the beautiful pictures!