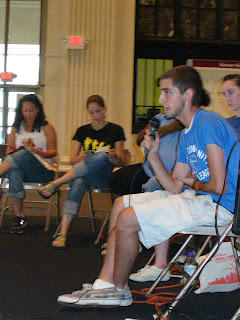 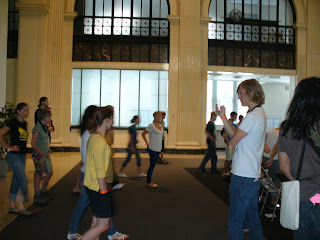 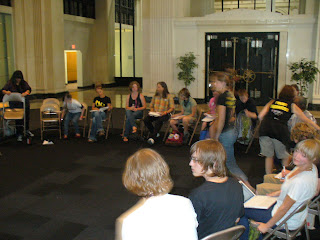 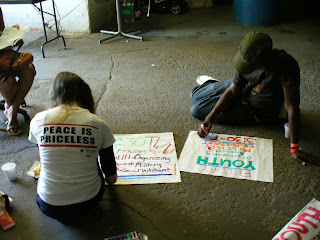 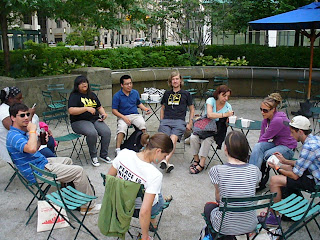 Months ago members of the AFSC national youth and militarism task force had brainstormed on the possibilities of doing a collaborative workshop at the United States Social Forum. What seemed especially exciting was the possibility of bringing together youth from different parts of the country to talk about their experiences with challenging military recruitment in their schools and communities. Our biggest challenge was of course finding the money and staff time to do it.


Solid organizing commitments came out of Atlanta, Chicago, and New Hampshire. Though there was a conference call and some coordination between youth in each city leading up the the USSF, we really didn't plan all the details of the workshop till we all could get together in Detroit over a much deserved dinner. It was in the park, outside the restaurant, that folks from Atlanta, Chicago, and New Hampshire sat in a circle and discussed the flow of the workshop and decided who among us would do what.

The workshop we all planned included group activities, sharing sessions, a youth panel of experienced counter military recruiters, Q&A, and the world premier of AFSC, "Before You Enlist" 2010 edition. A lot to pack into two hours, but thanks to skillful facilitation by "Flowmaster" Molly Messenger and Timekeeping by Erica Schoon we did it.

The workshop drew in folks from all over the country, including high schoolers, college students, and one parent. There were even a few folks that were interested in building a counter military recruitment movement in Guam. For me personally it was great to hear what was working in other communities. Counter military recruitment work can be much quieter than typical anti-war activism, and it often requires more patience, diplomacy, and discipline. It's also very rewarding, and the results are tangible. They last a lifetime for those we are able to reach.


It was great to be in the presence of so many amazing young facilitators who continue to work to de-militarize their peers. One of my highlights of the day was right after we closed the workshop. I met two brothers from rural Illinois who were interesting in doing counter recruitment work. One of them had recently written an extremely articulate article for his fairly conservative high school paper on the issue of military recruitment. They both expressed feeling pretty isolated from other folks that got the real lowdown on military recruitment. We'll see how it works out, but I'm pretty sure the AFSC's Chicago office will be tabling at their next career day. We might even be able to organize a viewing of "Before You Enlist" on their campus as well!

Here's a little extra footage of us getting ready to have a final planning session for the Workshop:

Posted by Atlanta Economic Justice Program/AFSC at 11:52 AM