AFSC Works to get Youth to Detroit! 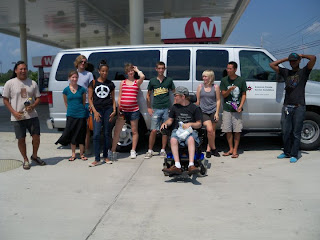 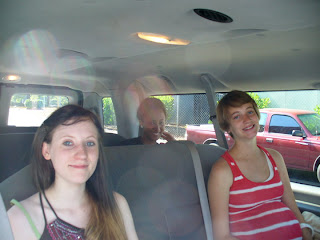 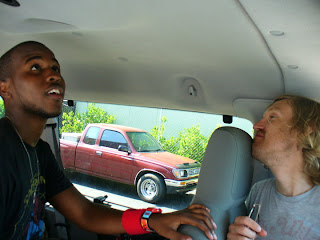 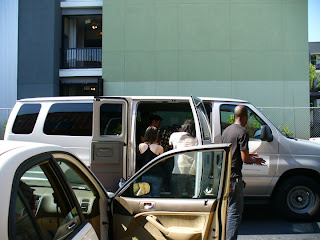 A few months before the 2nd US Social Forum, the AFSC decided we needed to add to the momentum of the 2nd US Social Forum by gathering more Georgians, especially youth, to attend the event in Detroit. The first US Social Forum in 2007 was in Atlanta, so it only seemed fitting to continue the involvement of the local community. So we began to put the word out that there would be an AFSC caravan, announcing it through listserves and facebook and eventually promoting the event at group meetings and through Brian Sherman's radio show on WRFG, Atlanta's progressive radio.

We worked with the Georgia State University Progressive Student Alliance organized a 7-passenger van leaving Atlanta on Monday and a 15-passenger van leaving on Wednesday. We struggled with resources and were only able to offer these limited number of seats but were glad to see interest mount as the event approached. Our final caravan included an eclectic mix of people from around Georgia, as well as a few from South Carolina and Alabama. Thanks to a few generous donors, we did not have to turn away anyone who could not afford the trip. By carpooling in vans and staying in the USSF Solidarity Housing, we were able to make it an affordable trip....Vans and solidarity housing also allow LOTS of opportunities for bonding and networking!

After a long drive to Detroit, we finally arrived at the "Olympics of Social Justice Work," the US Social Forum. As soon as we stepped into the crowd of like-minded activists from all over the country (and world!), it became clear that all the organizing was worth it. We hope the week's events and workshops will allow these 20 or so folks from the Atlanta caravan to return with a wealth of knowledge and inspiration to share back home...Check back for highlights from USSF events!!