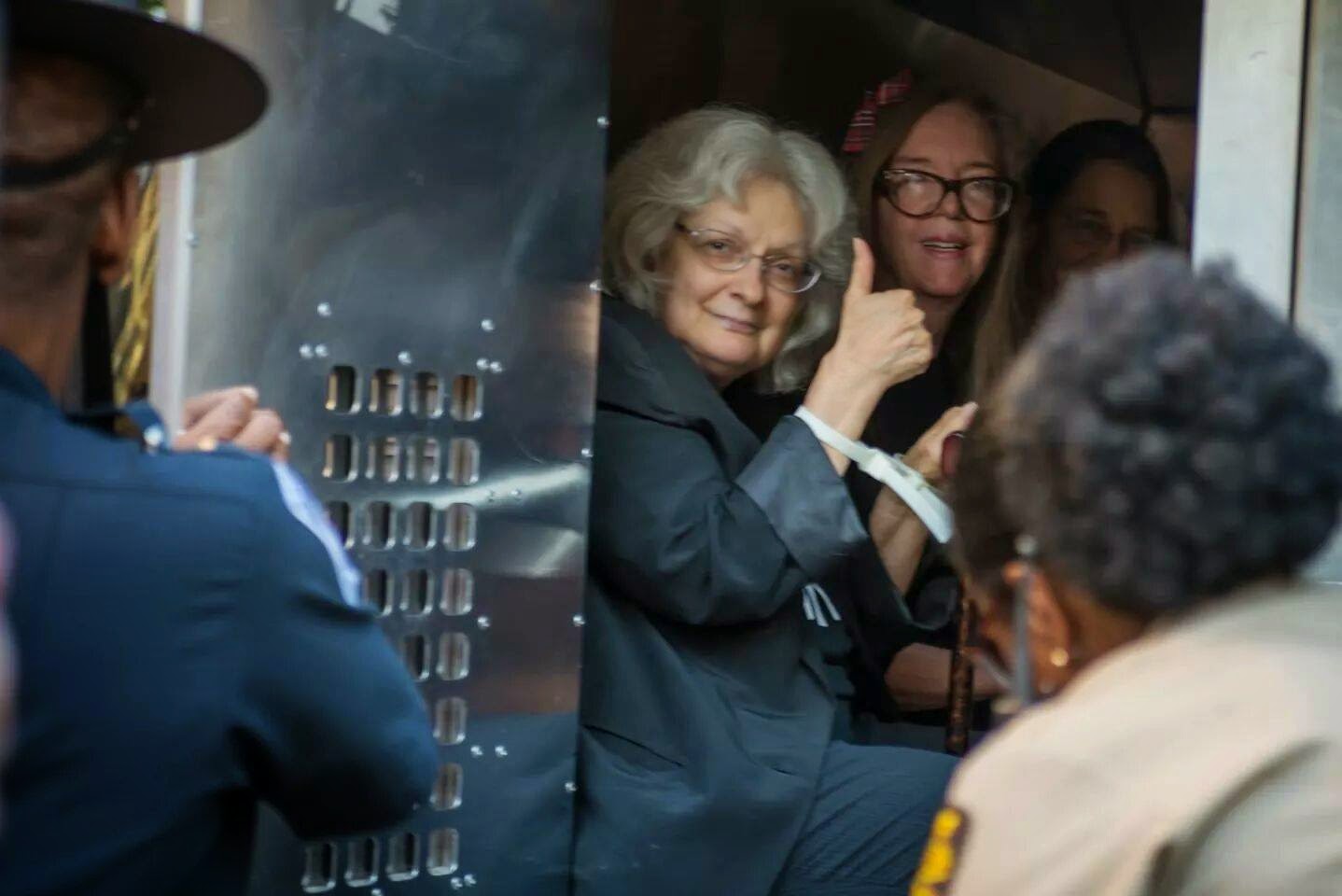 Moral Monday Georgia, along with American Friends Service Committee, Held a Rally and Sit in on this past Monday at the Georgia Capitol in Protest of Clear voter Suppression Tactics by Secretary of State Brian Kemp.


Today we learned that the judge presiding over the case has decided not to intervene in the Secretary of State’s work despite the fact that young folks who registered, and have proof that they registered, are missing from the voter polls during an election that has already started.
We are in what appears to be a crisis of democracy, and on Monday several Moral Monday Georgia participants felt strongly enough about the issue to march the following letter into Secretary of State Brian Kemp’s office: 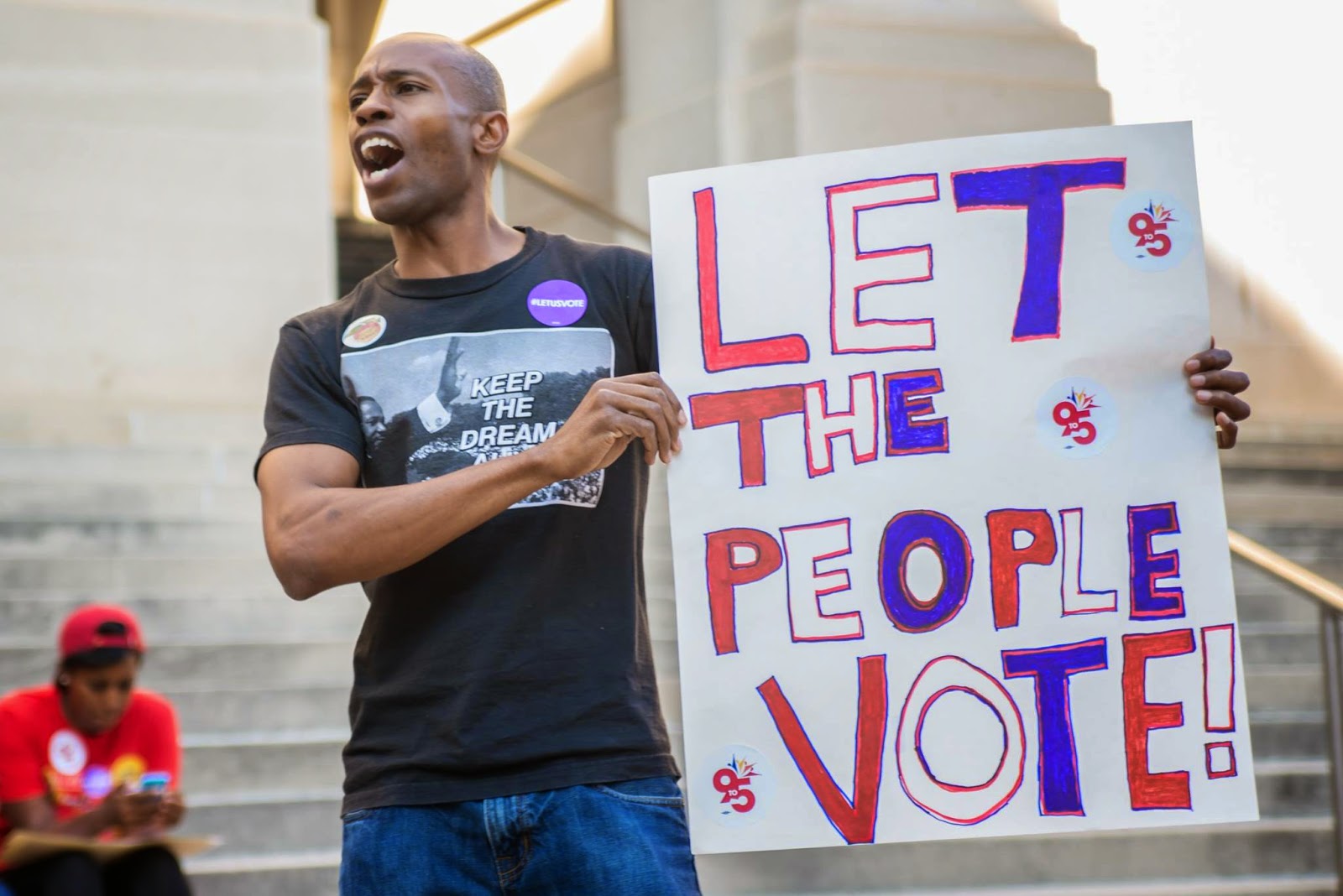 This past year we've seen a historic effort to register new voters in Georgia and change a political landscape that continues to benefit a few people at the cost of everyone else.


Right now, weeks after early voting has begun 40k eligible voters have yet to be entered into the voter rolls. 40k is enough to win or lose this election. We know that most of these 40k are young people who have never voted before and come from communities of color.


On October 24, 2014 four witnesses were not allowed to testify at the hearing against Brian Kemp's office. All four had registered to vote and are not on voter roll yet. Two of them are young first time voters.


We are troubled that you call the lawsuit, "frivolous” This is not frivolity; access to the ballot box is essential to our democracy.


Imagine if you had gone through the trouble of registering to vote and when Election Day came you were told your name was nowhere to be found.


We have a simple question: Mr. Secretary – if you have found all of our missing registered voters, where are they?


The reality is that the election has begun and already 40k voters have been silenced, shut out of the process. We belief that this is a crisis of democracy, and today some Moral Monday Georgia participants are willing to nonviolently put their freedom on the line to put a spotlight on this crisis.


We have decided to remain in your office until this issue is addressed. This means we would like to see every one of the missing registered voters entered into the voter rolls. We believe that in a democracy every voice matters, and we’re counting on you to do the right thing and make sure the promise of democracy in Georgia is realized. 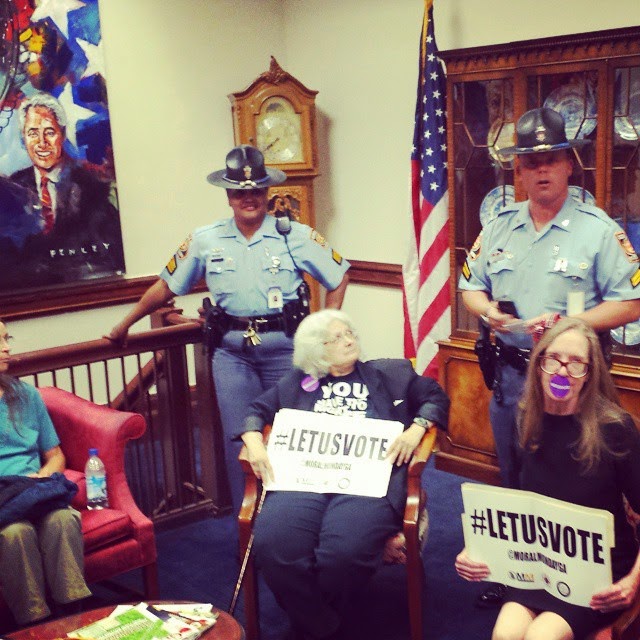 Ironically they were arrested for disrupting government business. Sadly these days it seems voter suppression is the business of Kemps office, which sits directly across from Governor Deal’s office. Arguably no one stands to gain from blocking young people and communities of color more than Governor Deal who sits several spaces higher on the totem pole above Kemp.

Another sad irony is that the reason Kemp wasn’t in the office that day is that he is currently on a GOP Victory tour. We today Governor Deal and Brain Kemp did get a victory, they have successfully built a barrier to the pole for the group of people who are most likely to vote against them. It’s a victory that should not be celebrated. 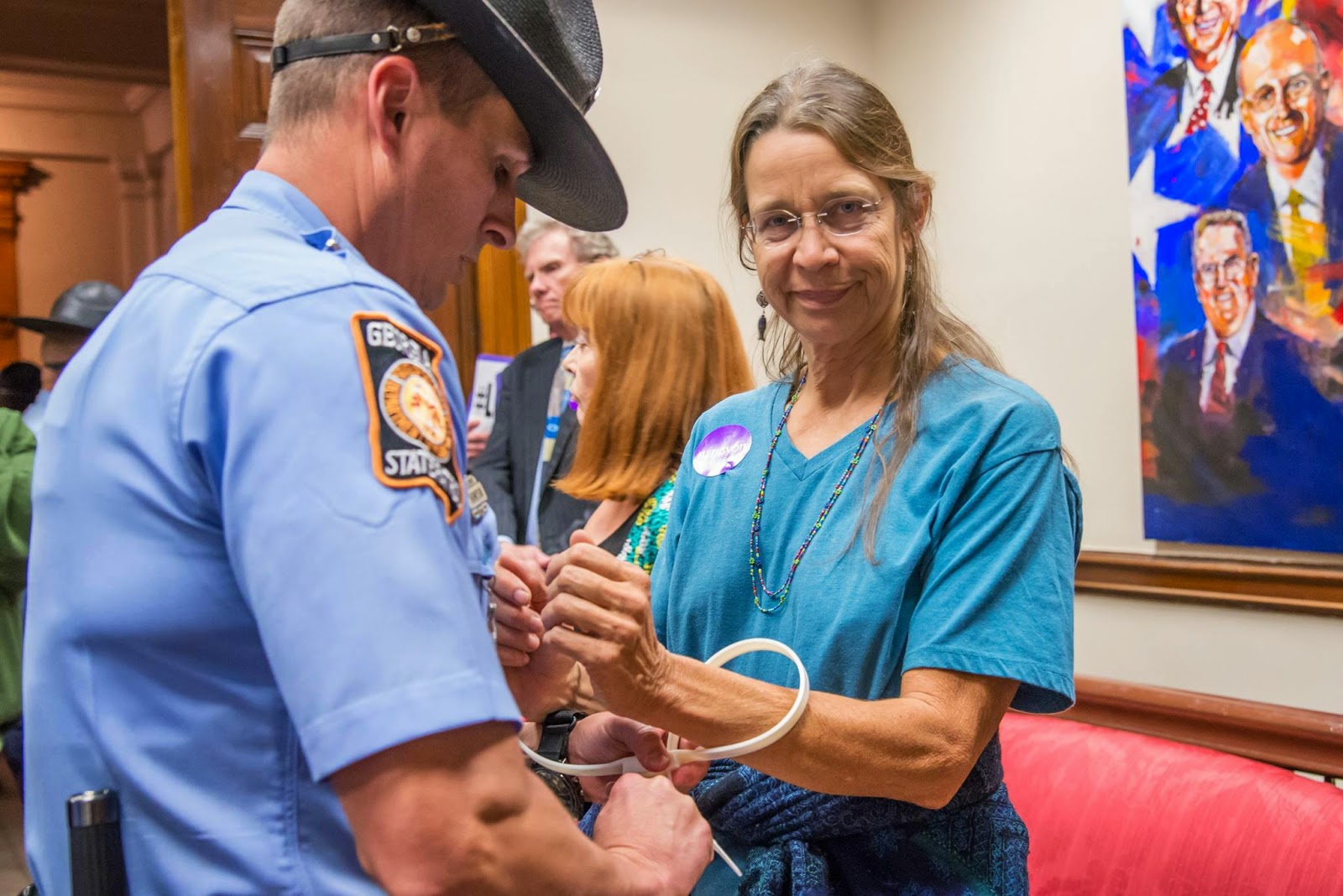 There's a name for this kind of business, we used to call it Jim Crow. Jim Crow existed to ensure that policies and laws that only benefited some remained by stopping those negatively affected from participating in the democratic process. Jim Crow will forever be synonymous with nasty, mean business.


We are proud to be able to share space with the Moral Monday Georgia arrestees as their bold action shined a light on the kind of government business that is worth disrupting.
Some mainstream press articles on Monday's action:
ThinkProgress
Atlanta Journal Constitution
Creative Loafing
DEMOTIX