Getting in Front of Wall Street's New Scam Today Members of the community organization, Occupy Our Homes Atlanta, struggling homeowners, and American Friends Service Committee rallied outside the local office of the U.S. Department of Housing and Urban Development (HUD) to call for a halt to a controversial program that auctions off delinquent loans to investors. To highlight and dramatize the role HUD is playing in allowing Wall Street unfettered access to our communities Occupy Our Homes Atlanta set up a giant craps table outside the HUD office and invited folks on their lunch break to roll the dice.


As part of a national day of action taking place in more than a dozen cities, community groups released a new report criticizing the agency’s Distressed Asset Stabilization Program (DASP). In recent weeks, the Federal Housing Administration (FHA) released numbers on these delinquent loan sales and has been the subject of increasing scrutiny. 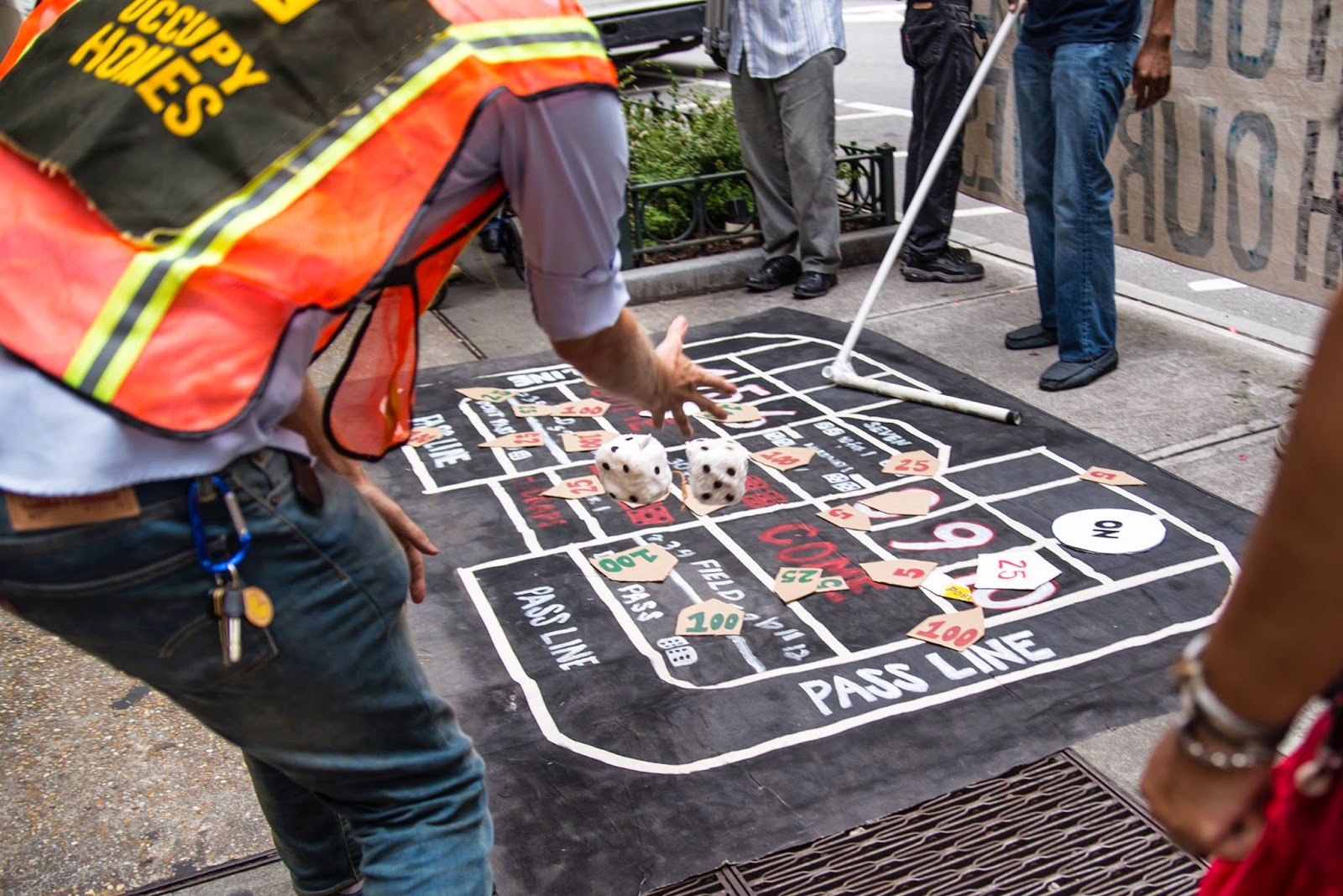 The report “Vulture Capital Hits Home: How HUD is Helping Wall Street and Hurting Our Communities” argues that the DASP program as it is currently structured moves mortgages into the hands of parts of the financial industry have harmed communities, despite the existence of better alternatives. Corporate winners of the auctioned loans include Lone Star Funds, Bayview Asset Management, and LVS I SPE (which was charged with fraud by the SEC in 2012). 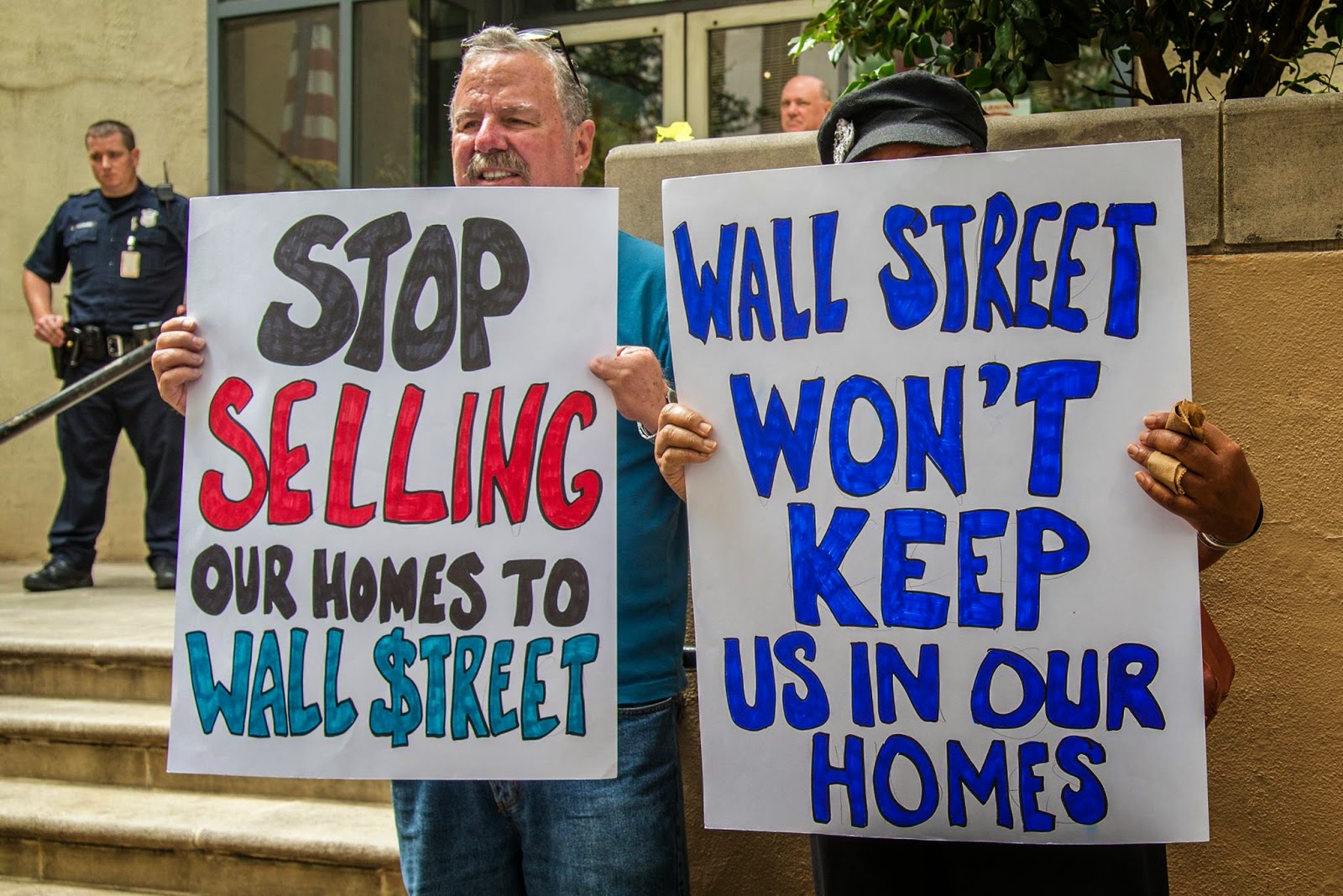 “HUD must stop selling off the mortgages of struggling homeowners to private equity firms and hedge funds seeking to further profit off of the devastating housing crisis they caused,” said resident Nancy Daniells, “It is an outrage that the federal agency charged with creating affordable housing and stable neighborhoods is, instead, contributing to the sale of our neighborhoods to Wall Street.” 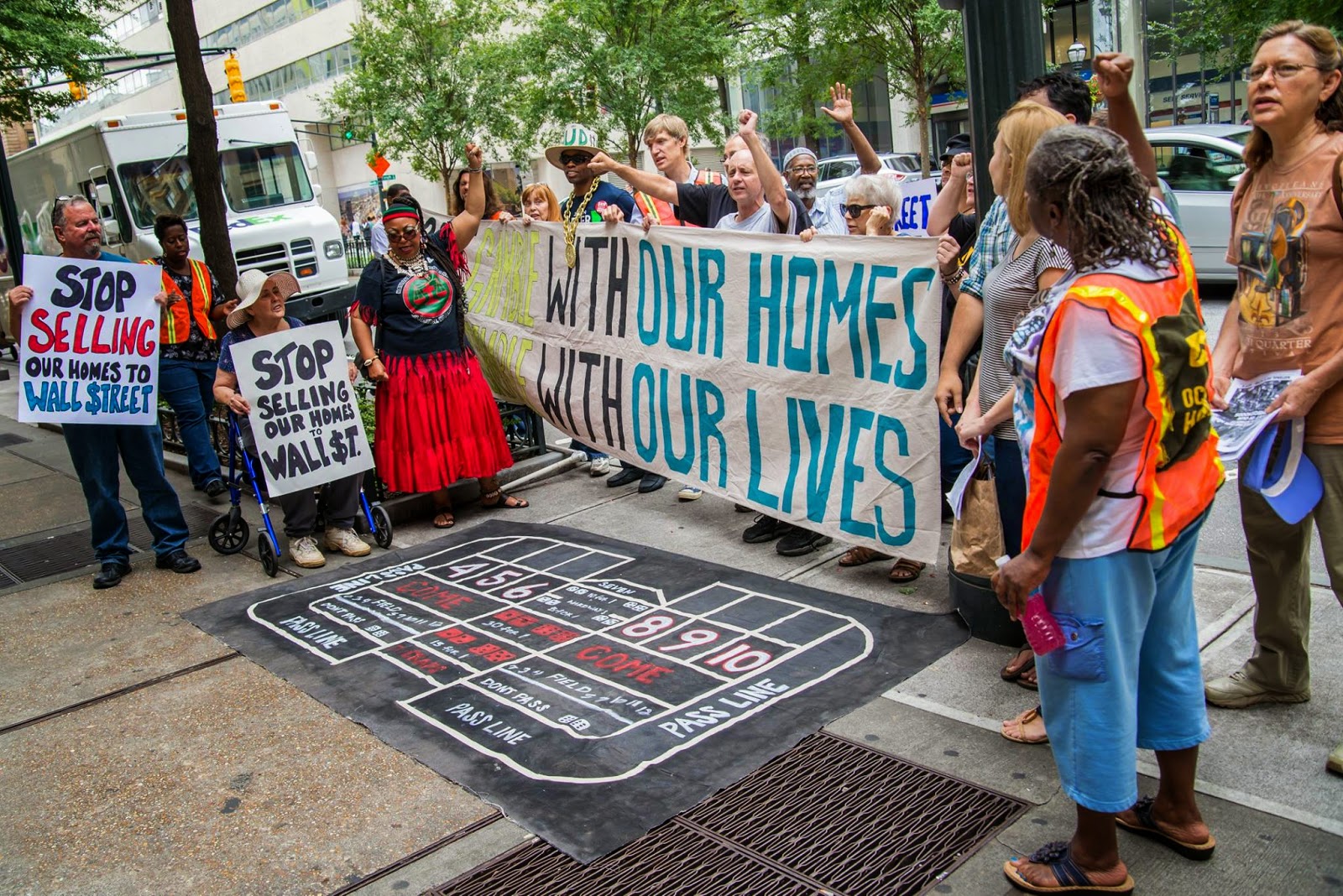 Occupy Our Homes Atlanta and allies gathered at the HUD office on Marietta Street today to deliver a demand letter and play an interactive dice game in front of the office to tell HUD to stop rolling the dice with Atlanta neighborhoods.

The DASP is administered by the FHA and is meant to have the dual purpose of providing funding for the Mutual Mortgage Insurance (MMI) fund while also aiding in the stabilization of distressed American communities. The report, which was researched and authored by the Center for Popular Democracy and the Right To The City Alliance, shows that while the program is successfully providing the capital necessary to keep MMI afloat, it is failing in achieving its second goal.


The report highlights three key problems with the DASP program: 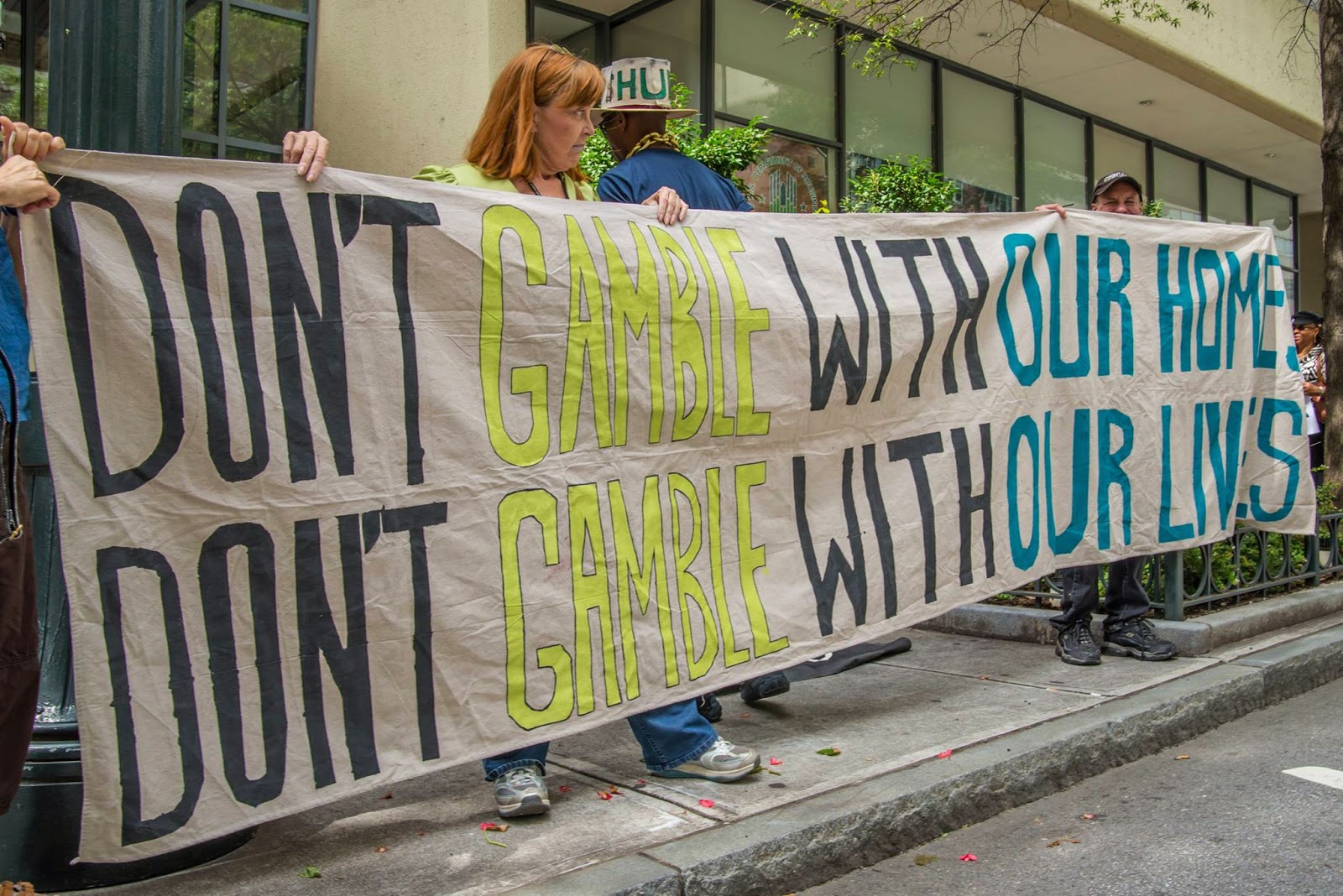 1.      The current structure of DASP auctions hampers community stabilization by considering only the highest bid without weighting the bidders’ track record of good outcomes for homeowners and communities.


3.      The current pre-sale certification phase does not ensure that the FHA mortgage modification process has been followed before loans are included in DASP auction pools.

“As homeowners face the perils of an economy crashed by financiers, the same financiers flip the mortgages, drive homeowners to foreclosure and become distant corporate landlords with poor track records,” the report’s introduction states. “Investors are trading distressed residential assets…and are building a spectrum of business plans that undermine neighborhood and economic stability. Distressed residential mortgages…disproportionately impact communities of color, which have been systematically steered toward more expensive loans.”

Similar events were planned today in a number of cities throughout the country, where community leaders delivered a letter and thousands of petitions calling on the FHA and HUD to halt further sales under the DASP program until it is improved.
Posted by Atlanta Economic Justice Program/AFSC at 3:05 PM