A Night of Inspiration; 2014 "It's My Life' Youth Film Festival! 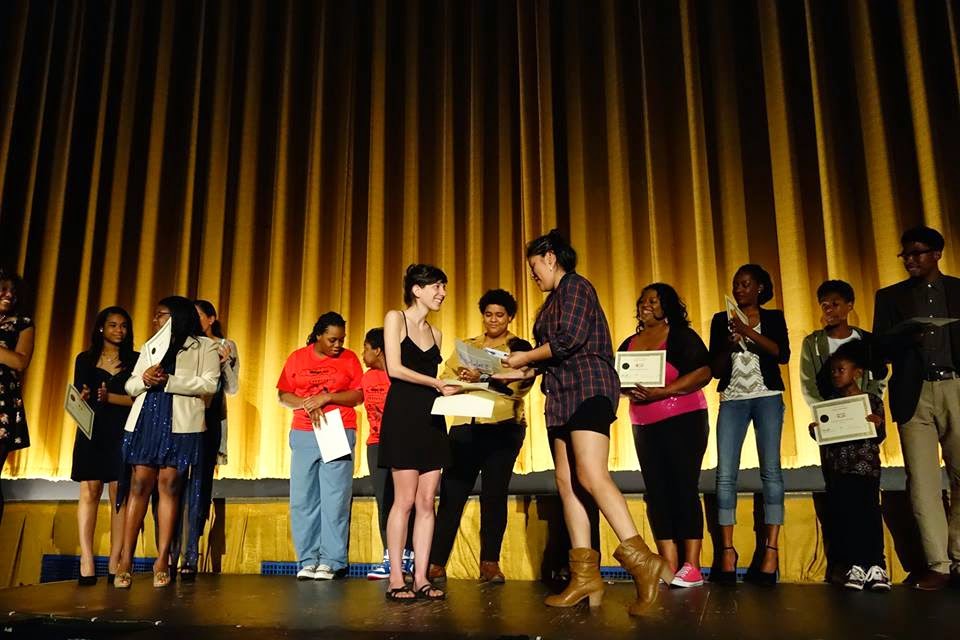 This year we had twelve entries that were selected to be a part of the festival.  Every film maker was given a certificate for being selected and we’re super grateful that WonderRoot Community Art Center awarded every film maker with a free year membership! Young film makers now have access to all sorts of really amazing resources and classes! Big props to WonderRoot for providing this really important resource year after year!

Four films were given special recognition and two received a grand prize:

What If?
By Tameka Campbell and KeSaunna Irby
Received the Student Career Alternatives Program award presented by Victoria Temple

We want to give a special thanks to:
All of our AMAZING volunteers, you all made this happen!!
Our Sponsors:
WonderRoot Community Art Center
Georgia Peace and Justice Coalition
Georgia WAND
Occupy Our Homes Atlanta


…and a big thanks to the Plaza Theater!

Be sure to join the new "It's My Life" facebook page to keep in touch!
Posted by Atlanta Economic Justice Program/AFSC at 8:38 PM