Zannie Jackson Fights For His Home and His Life 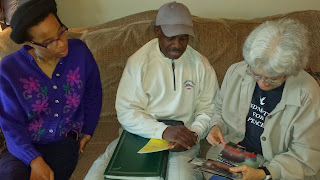 Zannie Jackson bought a home for his family in 2005, he invested countless dollars in fixing it up only to see the market crash as a result of irresponsible and fraudulent bank practices.

In 2012 Zannie was diagnosed with renal kidney failure.

Zannie Jackson is now fighting to save his life and stay in his home. With failing kidneys, he spends four hours a day, three days a week, in dialysis treatment. Zannie has been undergoing dialysis treatment for two year now. In the meantime, Bank of America, Seterus Corporation, and Fannie Mae, are trying to take his home. As a single parent his home has provided shelter for his son and a safe heaven for him to get healthy. Just recently Zannie made it onto a kidney donor list at Emory hospital, giving him a light at the end of the tunnel. However, Bank of America is getting in the way of that. They are refusing to work with him on the second mortgage that has made his home unaffordable on his fixed income. Instead of working with him they are actively trying to put him on the streets and take away his safe haven, which would harm his health even further and possibly cost him his life. 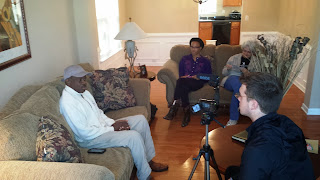 The callousness of our financial institutions is made apparent in situations like these. The paradigm that Bank of America, and their government-owned backers like Fannie Mae, operate under is one in which health problems and crises of any kind result in near-immediate homelessness. Zannie has been trying to work with Bank of America for months, and they have refused to budge. They would rather see an ill man die in the streets before accepting lower payments while he waits for a kidney transplant.

Today Zannie made a commitment to stand up to Bank of America and Seterus stating, "I have no where else to go, there's no plan B".


We urge Bank of America and Seterus to do the right thing and work with Zannie. Our communities need real solutions, not evictions.

Next Thursday at 3pm Zannie and his supporters are planning a rally in from of Bank of America downtown. Click here for details.