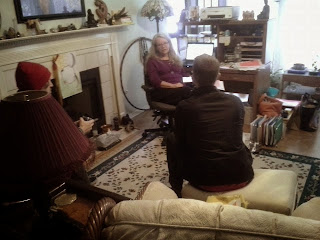 Nancy Daniell, a senior citizen in Gwinnett County, has been an active community member at Berkeley Woods Condominiums since 1996, serving on the Board of Directors of her homeowner’s association and using her condo as a communal gathering space. After being laid off from her job in 2008, and facing an abysmal job market, her income from social security and a string of temporary jobs was no longer enough to keep up with her mortgage. She was denied a loan modification by her initial mortgage holder, Bank of America, forcing her to deplete her savings and file for bankruptcy. 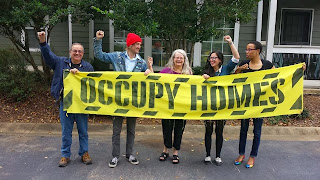 Two weeks ago, just days before her home was scheduled to be auctioned off on the Gwinnett County courthouse steps, Nancy attended an Occupy Our Homes Atlanta meeting at our AFSC Atlanta office, scared of losing her home and seeing her belongings put out on the street. With some last minute phone calls and help from the Rainbow Push Coalition, our coalition was able to get the foreclosure sale postponed indefinitely, giving Nancy more time to work out a solution. Her new servicer, Nationstar Mortgage, even sent her a letter confirming the sale was cancelled, and notifying her of her new single point of contact. From there, everything has gone downhill.

When Nancy tried to call the single point of contact listed, she was transferred from one person to the next, all of whom told her that her home had been sold in foreclosure and there was nothing they could do to help. Freddie Mac, who owns Nancy's mortgage, sent out a real estate agent to post a notice on her door, offering her cash for keys to get out. A few days later she received a loan modification package from Nationstar. Although it seems impossible for Nancy to know what's going on, one thing is clear- the banks are still up to the same old tricks, misleading homeowners down a rabbithole that all too often results in foreclosure. 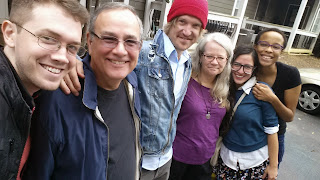 Nancy's story is just one of thousands that prove that the banks are still using the same deceptive practices that the multiple government settlements were supposed to put an end to. The big banks have repeatedly violated the settlement terms, using every loophole they can find to prevent them from complying with the new rules, or transferring servicing rights to specialty companies like Nationstar, who collect more profits from foreclosing than from completing successful loan modifications.

Now instead of planning for retirement, Nancy like so many other seniors in her situation is faced with the threat of losing her home. American Friends Service Committee stands with Nancy Daniell, and over 3,000 supporters have signed an online petition calling on Nationstar Mortgage and Freddie Mac to do the right thing and work out a deal that keeps Nancy in her home so she can continue to make her community a better place for all it's residents.