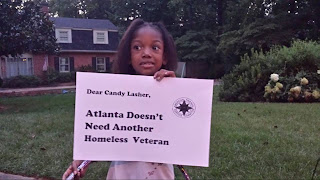 The question was posed this week by one of Candy Lasher's neighbors, "Isn't protesting outside someone's home taking things to far?".

It was an interesting question considering why we have been holding our weekly candlelight vigil outside Candy's home.

Friday August 9th Desert Storm veteran Mark Harris was evicted at gun point by Fannie Mae. Mark had been trying to work with Fannie Mae for months and had offered multiple very fair deals to the taxpayer owned mortgage giant. Fannie refused to offer anything like a reasonable deal, instead choosing to move forward with an extremely tactical military style eviction. Fannie Mae even hired a private enforcement team to surround Mark's home 24/7, in fact that private force still surrounds Mark's home now. We estimate this comes at a cost of about 15k per month! 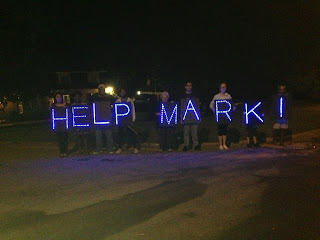 So while having a somber vigil outside Fannie Mae's SE regional VP's home may seem intrusive, it's clear most would agree that the extreme action taken against Mark Harris was certainly much more intrusive and came with the threat of actual violence. 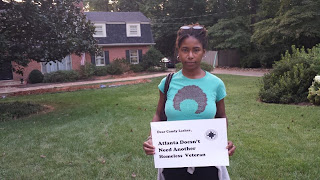 American Friends Service Committee will continue to work with local partners to support Mark Harris and his fight to occupy his home. It is a cruel irony that our tax dollars have been used to pay for Mark's eviction and 24/7 enforcement team to stand around the house. The money Mark had offered for his home would have been a source of revenue for Fannie Mae, instead their eviction of this Desert Storm veteran has cost us all thousands of dollars and created yet another homeless veteran in Atlanta. 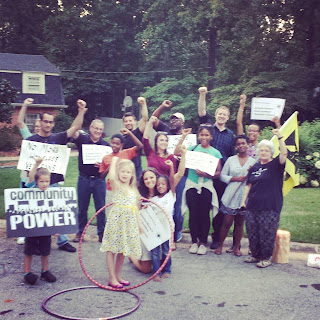 We believe it's time for Fannie Mae to do the right ting and meet with Mark. Make a deal that puts Mark back in the place he has called home for 18 year. We will continue to shine a light, every week, and the decision makers at Fannie Mae until they decide to do the right thing.

To join us next week for Mark's vigil click here.
Posted by Atlanta Economic Justice Program/AFSC at 4:41 PM