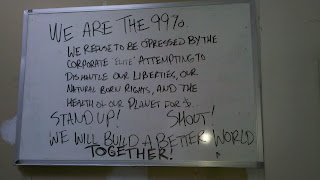 Last October, while the occupation of Troy Davis park was still going strong, it became clear that coming up with a plan for an immediate park eviction by force was a smart move.

One thing was certain, occupy was a grand experiment that no one participating in, passively supporting, observing, or opposing could possibly predict where things were going back in late October.

One plan that was developed was to have everyone who needed a place to sleep if an eviction by force went down would go to Task Force for the Homeless(Peachtree and Pine as some call it) and set up an HQ space on the 4th floor.

When the eviction went down, on October 26th only a few went to PNP, most went elsewhere to recoup and prepare for reoccupations. After over a week or so of reoccupation attempts it became clear that the Mayor was prepared to use all the force he had at his disposal to keep Occupy Atlanta down for the count. At the point many folks did begin to flood the 4th floor over at PNP. 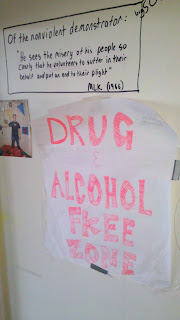 It was a culture shock to the longtime occupants of PNP.The volunteer staff at PNP wasn't used to dealing with dozens of activists coming and going all hours of the night, and many OA participants were not used to being surrounded by so many homeless men in extreme crisis, along with drug dealers that the city police had been corralling to the PNP area for years in their effort to shut the shelter down.

Occupy Atlanta was not prepared to run on indoor intentional community, and it showed. There were fights, there were freeloaders, folks went on power trips, there was problems with food, women often felt uncomfortable, and many times it felt like things were on the verge of falling apart. Some believed, even within OA's ranks, that the PNP occupation should just end.


It hasn't ended, but it has change dramatically in the last six months. There is now a very strict process required to become a part of the community. The PNP occupation now has a very strong work ethic. If you don't pitch in, you can't stay. After spending some time there over the last week it appears to me that, perhaps for the first time, the PNP occupiers are a close knit family, and they treat each other that way. As a group they seem more active and engaged in all things occupy they any other faction of the Occupy Atlanta community. 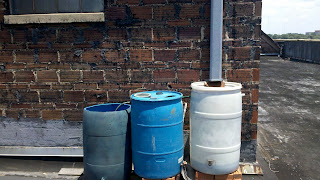 There have been very recent additions to the PNP occupation including a library, and bathrooms with showers. 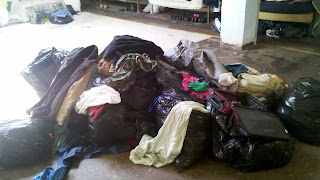 There's untapped potential. Recently the idea of getting weekly workshops designed to increase the capacity to organize the hundreds of homeless that stay at the task force nightly has been bounced around. During the summer and winter, up to 700 homeless men sleep at the task force.

The PNP occupation has serious needs. The PNP occupiers have managed to start and maintain an amazing rooftop garden. In order to insure it's survival, they need more water.
They are specifically asking folks to donate a barrel for rain collection, a few barrels wouldn't hurt!
They have mountains of dirty cloths that need to be cleaned, and perhaps a pick-up truck to hall the clothing. 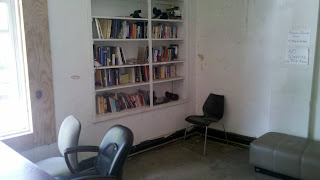 The intention is to donate the clean cloths to other occupy projects like Occupy the Hood and the Really Really Free Market. They always need food! They need fans and air purifiers. There is no air conditioning up there....and it get hot these days! 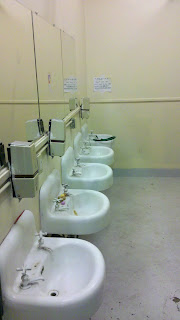 They need folks to facilitate trainings? Are you capable? American Friends Service Committee has volunteered to facilitate one workshop per week designed to help folks understand the basics of organizing their communities for the change they want to see.
How do you donate? Just go on down to PNP and go to the door closest to the intersection of Peachtree and Pine, on the Pine side, and let them know you're there to speak to Occupy Atlanta folks.