Military Spending Is Killing Us: Set the Record Straight. 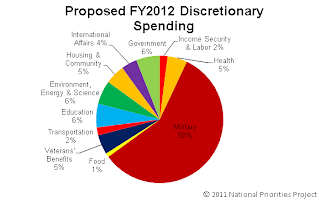 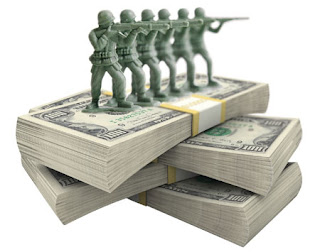 While the Obama administration’s new Defense Guidance document has been portrayed as moving to significant cuts in the Pentagon budget, the President himself tells a starkly different story. At last week’s rollout, he said:

What does that mean? We will continue to spend $2.1 million every minute of every day on the military – an unethical and unsustainable policy. Yet lawmakers are already clamoring to oppose the proposal, suggesting it would hobble US defense, cripple innovation, and cost jobs.

Please write your local paper to set the record straight: Slowing the growth of the military budget is not a cut in a budget that already has doubled since 9/11 and consequently has devastated spending on human needs.

Nearly every other area of federal spending - investing in jobs, health care, affordable housing, and education – has been cut, putting real security more at risk.

Investment in people and communities, increased reliance on diplomacy, and supporting sustainable human security by meeting human needs at home and abroad is what will ultimately make our world more safe and stable.

It plans to focus more resources on naval and air power in the Strait of Hormuz to contain Iran and in Asia to manage China’s rise. It envisions the use of more drones and more covert operations with Special Forces. It calls for increased investment in cyber and space war capabilities. It affirms that the United States will continue to be the world’s leader in deadly arms sales and transfers.

After agreeing to increase spending on nuclear weapons by $85 billion, the Guidance document calls for unspecified reductions on this project. It seeks to pass troop burdens to allies, particularly those in Europe.

It envisions fewer wars like Iraq, and more wars like Afghanistan, where coordination between the Pentagon and the CIA is the model. For more on the insidious linkages between the two agencies, see our resources from our Afghanistan 101 blog and the audio from the Legacies of War in Iraq discussion.

Your voice is needed to change the course ahead. Write your local newspaper to remind everyone real security lies not in more military spending, but in more investment in our communities and the next generation.