Steppin' Up Against HB87 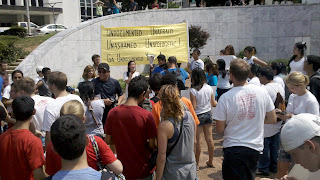 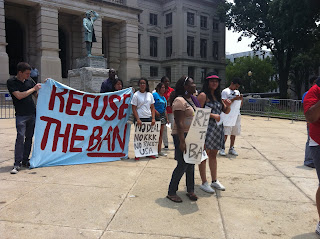 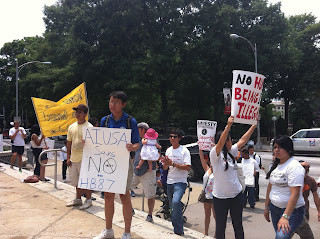 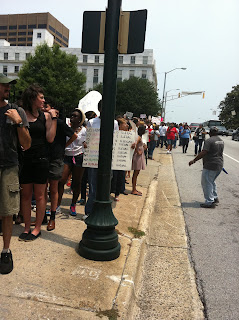 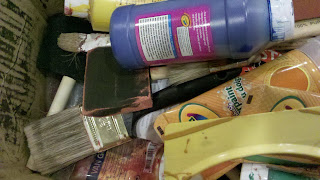 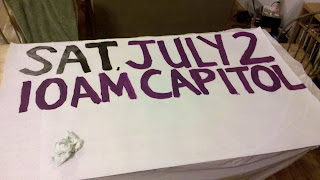 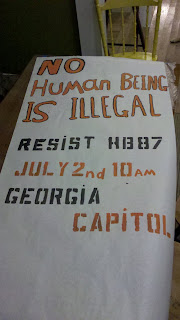 It's been a prolific week in the struggle against one of the nations worst immigration bills, Georgia's HB87(Which some are dubbing, "Hate Bill 87"). Yesterday word came out that Federal Judge Thomas Thrash blocked certain sections of HB87.

Today, in an action organized by the Georgia Undocumented Youth Alliance(GUYA), about 200 people(mostly very young) demanded not only an end to HB87 but a just pathway to citizenship to all who call Georgia home. Six of today's participants choose to block traffic until police arrested them. All who were arrested today lack the identification documents the HB87 requires. AFSC Atlanta is humbled by the courage of these young people, the risks they take to stand up for their community and human dignity is awe inspiring.

There's more organized for this week. July 1st, this Friday, is a day to do nothing. Buy nothing, don't work, don't even drive. A day without immigrants, a day without their allies. Then on July 2nd, it's time to take action!

The Georgia Latino Alliance for Human Rights(GLAHR) is asking folks to come from near and far to march for justice, march for dignity, march for human rights. Here at AFSC we hosted an art party to create several striking and large wheatpaste installations promoting the July 2nd mobilization that will go up in legal spaces this evening...look out for them around town this wee.

We hope to see a lot of folks this Saturday at the capitol from 10am-2pm.
No Human being is illegal, everyone has the right to exist in spaces they have called home their whole life.