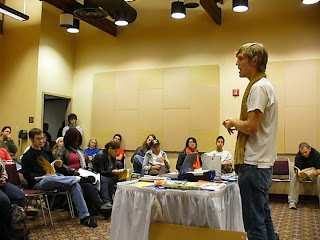 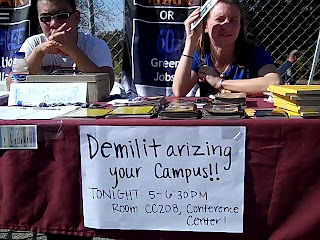 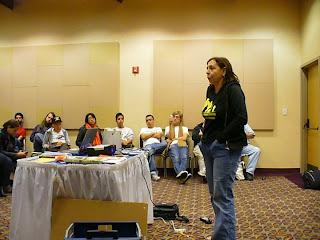 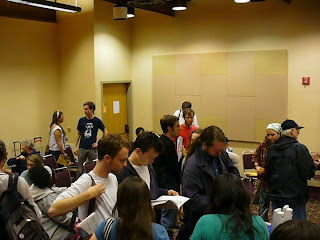 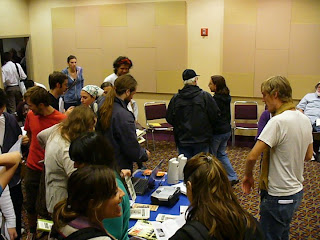 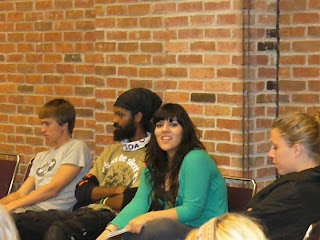 AFSC's national youth and militarism task force meeting was planned to take place right before this year's School of the Americas Watch(SOAW) because several AFSC staff from other regions planned on participating in the demonstration at the gates of Fort Benning. Knowing that several AFSC staff from around the country were going to be at SOAW this year was exciting, as I was putting together a workshop on how to demilitarize your campus and community that would have a national audience.

Thanks in part to all the buzz generated by SCAP folks during the day our early evening workshop ended up being standing room only. The workshop covered strategies to develop relationships with local high schools, connecting youth with non-military post high school options, building a student campaign, and how to create local policy changes that limit military recruiters access to youth. A big thanks to Darlene Gramigna and Jesus Palafox from the Chicago AFSC for facilitation help!

My favorite part of the workshop was right after it ended. Conversations were sparked between SCAP organizers and workshop attendees from all over the country. We had several enthusiastic college students that have asked us out to thier campuses over the next few months and we're excited to make those trips!