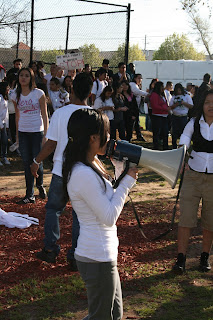 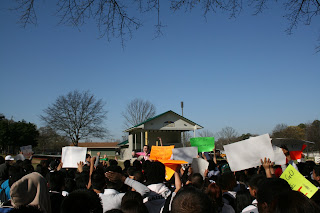 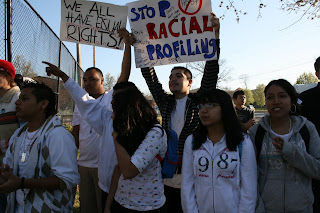 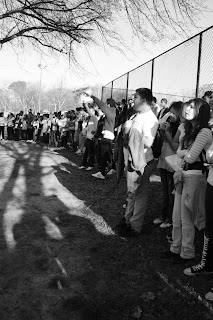 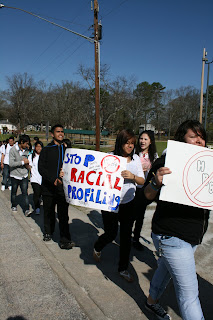 About 300 students from Forest Park High School in Clayton County staged a walkout Friday March 18, leaving school to protest the HB87, the Illegal Immigration Reform and Enforcement Act of 2011. Critics say the bill would cause racial profiling because it requires police to check the immigration status of those they suspect of being undocumented immigrants.

The students, who had been threatened with suspension and other punishments by school officials to prevent them from walking out, staged a spirited rally in Forest Park Starr Park and marched by roads adjoining the park. Students said they would have to wait until Monday to find out whether they were suspended.

The demonstration was planned and executed completely by students, including 12th grader Brenda Fernandez, who says the school administration and police both tried to stand in the way of the protest planning. The students contacted the Georgia Latino Alliance for Human Rights (GLAHR) a few days before the action and reieved that group's support. The crowd at the demonstration consisted almost entirely of highschool students from Forest Park High School; a few students from other high schools also attended, as well as a few parents, younger siblings, and other immigrants' rights activists.

Student walkouts have historically been a powerful tool in the immigrants' rights movement in the US as well as in other progressive and radical causes. In 2006, middle and high school students in California and Nevada walked out of class to protest HR 4437, proposed legislation that would among other things build a wall between the US and Mexico. These student walkouts helped spark a nationwide wave of protest that resulted in rallies of millions of people in dozens of cities.