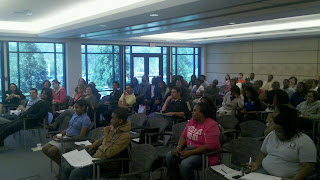 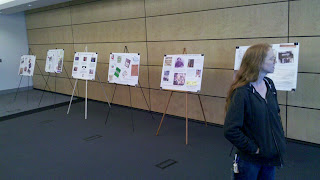 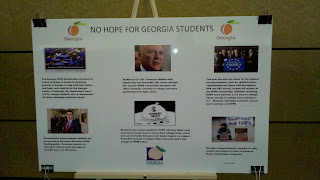 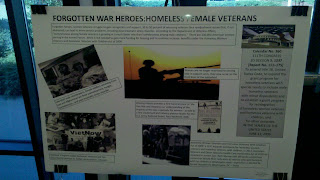 This year I had the very special honor of being their keynote speaker. Before I spoke I had the opportunity to look over several of the student created posters that were designed to begin conversations about various social issues that have faced or are facing Georgians. I was impressed with the political analysis that obviously went into each poster.

I started my talk with a quick civic engagement exercise in which each member of the audience called a member of the Georgia House or Senate to lobby on in support of the Student Parent Privacy Act and students were extremely receptive. Many said that it was the first time they had ever called their representatives. The rest of the talk I gave focused on how my personal narrative has pushed me into the work I do now.

I was excited to get to stick around afterwords and learn about some of the students personal narratives and how those narratives move them to work to create the community they want to see. With the loss of their public transit system, radical education budget cuts in K-12, and Governor Deals HOPE dismantling, Clayton county certainly need more grassroots civic engagement.

Special Thanks to Carrie Martin Henderson for inviting me out to speak and all the great work she does!