Ice Cream Parlors and Peoplestown: Turner Field Through the Eyes of Clemmie


Turner Field Through the Eyes of Clemmie 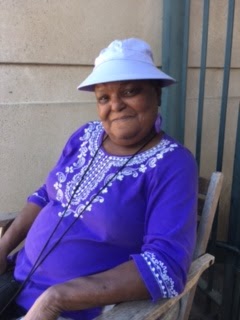 Clemmie C. Jenkins is a longtime resident of Peoplestown. “I came into this community when I was age four,” Clemmie notes, “and now I’m sixty-six.” Clemmie is the only remaining member of her family still in the neighborhood. “My aunts and uncles, neighbors and friends have all moved away over the years. Some have gone to places that are nicer, some to places that are more worn-down. But I’ve remained in Peoplestown through thick and thin. This neighborhood is part of my blood.”

Clemmie Jenkins’ biography is intimately tied to the area’s history. She has been involved in community activism since childhood and since become an anchor for its honesty and accountability. Though a former mental health care worker and small apartment realtor, Clemmie is primarily known as a go-to resource person in Peoplestown. She actively helps Peoplestown senior citizens, and driving them to where they want to go. “We go to grocery stores, pick up medicine, make doctor’s appointments,” Clemmie notes. “Anything that senior citizens in Peoplestown need, they let me know. I’m a resource person here.”
Her experiences growing up were tied to the people around her. Their caring presences grew her into a  community activist. Ollie Crutchfield Powell, Clemmie’s mother, was a particularly large influence on Clemmie’s life. 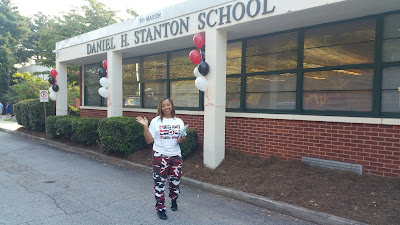 Ollie Powell was a feisty and beloved community organizer. She was active in the Peoplestown City League and often involved in the community. Ollie took Clemmie to all community meetings that she attended. “I didn’t have a choice going into activism,” Clemmie notes. “If Mom was there, I was there.” Ollie’s on-the-ground work influenced Clemmie. “I am what I am because of my mother. She fought for what she knew was right and spoke out.”

Slater Elementary was the neighborhood’s main school when Clemmie was growing up. But it was far from most Peoplestown homes. Students in the neighborhood had to walk at least one mile to school. “We had to walk across the railroad track at the end of the street…then go down Pryor Street to Slater Elementary. It was a distance for us. And with our five year old feet, it felt like forever.”
“My mother didn’t like the fact that we would have to walk all the way to Slater Elementary from our home on Haygood Avenue. She got together with our neighbors who had children in the school- and said, we need to do something about this. We need to change business as usual in South Atlanta. So they organized the Peoplestown City League and advocated for the creation of D.H. Stanton. And that’s where I ended up.”

Ollie’s activism and awareness of her surroundings was quickly picked up by Clemmie. As a young person, Clemmie was observant of the neighborhood around her. Walking to and from school, she would see the same sights and hear the same sounds. Though most of the homes and businesses disappeared from Peoplestown’s main thoroughfare by the late-1960s, Clemmie remembers them vividly. 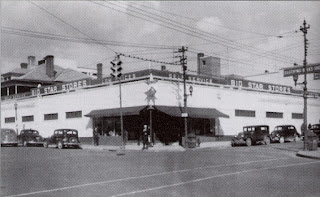 “I can imagine in my mind when this neighborhood was a vibrant neighborhood. Right here where we’re sitting, there used to be a huge grocery store. A huge store. And then urban renewal came and tore it all down,” Clemmie says.
Sitting at the intersection of Hank Aaron Drive and Ralph David Abernathy, it is hard to imagine the area filled with anything other than decrepit stadiums and empty parking lots. But before Ralph David Abernathy Boulevard became what it is today, it was Georgia Avenue- the site of bustling parlors and restaurants and home to many of South Atlantans working-class black families.
Down the street were also other popular neighborhood establishments: an ice cream parlor called French’s ice cream, a place that sold breaded-fish, and a place that sold chickens. There was also a library on the corner, “You could buy all sorts of pies…apple, peach, sweet potato, coconut. And each were just $1. That was…that was a good time.”
Along the 1950s version of Hank Aaron Drive, a man sold fresh watermelons out of an ice box in his backyard. Thinking back to her childhood, Clemmie recalls “He had a freezer IN THE YARD. There was nothing like eating a cold watermelon right there in the yard…highlight of my life. I don’t know how that man got that freezer in his yard.”
Listening to the current traffic at Turner Field, one can imagine people speaking loudly and yelling to each other as they walked in 1950s South Atlanta to buy ice cream or go eat. One can imagine a hot dusty street that was brought alive by food and people.


Changes in Turner Field
The parcels of land in front of the old Georgia Avenue-turned Hank Aaron Drive are different from before. A large stadium and parking lot have replaced rows of homes and businesses. Billboards have replaced side-street watermelon stands. Renters, homeowners, and small businesses do not own the land any more. Large universities, corporate developers, and wealthy stock-holders do. Corporate-friendly purchase deals have ushered in the macro forces of urban renewal and gentrification.
But perhaps the largest change has been in the relationships between neighbors. The new corporate neighbors of today are not as committed to the safety and welfare of the neighborhood or its residents as the real people neighbors of yesterday.

“I remember there was one time I ran into a brick building with my skates and got hurt…I had trouble getting home on time. But when I got home, what do you know…my mother already knew! Neighbors had told her about my situation and she was aware of everything. Neighbors looked out for neighbors. All the neighborhood looked out for you.”
When Georgia State University first purchased the Turner Field property, it ignored communication from the Turner Field Community Benefits Coalition to sit at the table and sign a legally-binding Community Benefits Agreement. That initial breach of miscommunication has been a sore point for many in the neighborhood, and the source of organized protests calling on GSU and Carter Development International to give residents consideration and serious talking time. As of May 11th, however, discussions have moved forward as a team from the Coalition is in negotiations with Georgia State University.

What the purchase of Turner Field can bring 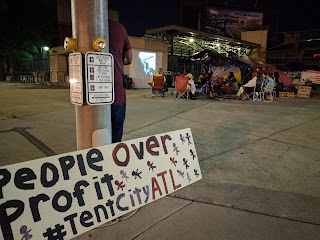 A warrior here to stay 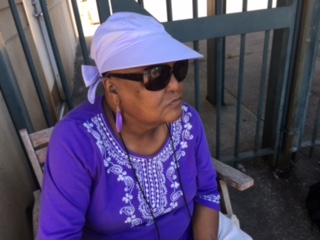 Clemmie has spent the better part of six decades in Peoplestown, and has no plans to move. She noted jokingly, “before marrying my husband, I told him…if you cannot live in Peoplestown, we’re going to have a problem. That was a condition for us getting married.” And he took her seriously. Clemmie and Paul live together in Peoplestown on Fern Avenue.
And people in the neighborhood are here for Clemmie, just as she is for them.  Longtime resident Columbus Ward notes, “She has spent a long time in this neighborhood. She is a Peoplestown resident who will stand up for her neighbors and fight for others. Once Clemmie makes a commitment to do something, she will carry that commitment forward.” Her work has been recognized by community groups ranging from the 555 club to the REACH for Wellness. She received the 2016 servant leadership award from State Senator Nan Orrock. On Jenkin’s 65th birthday, she was awarded a Proclamation by the City of Atlanta.
When people from Peoplestown see Clemmie Jenkins approaching them, they know she is going to tell them something important about their community. “I care about my neighborhood, Jenkins notes, “and dedication to others is what makes me who I am.”