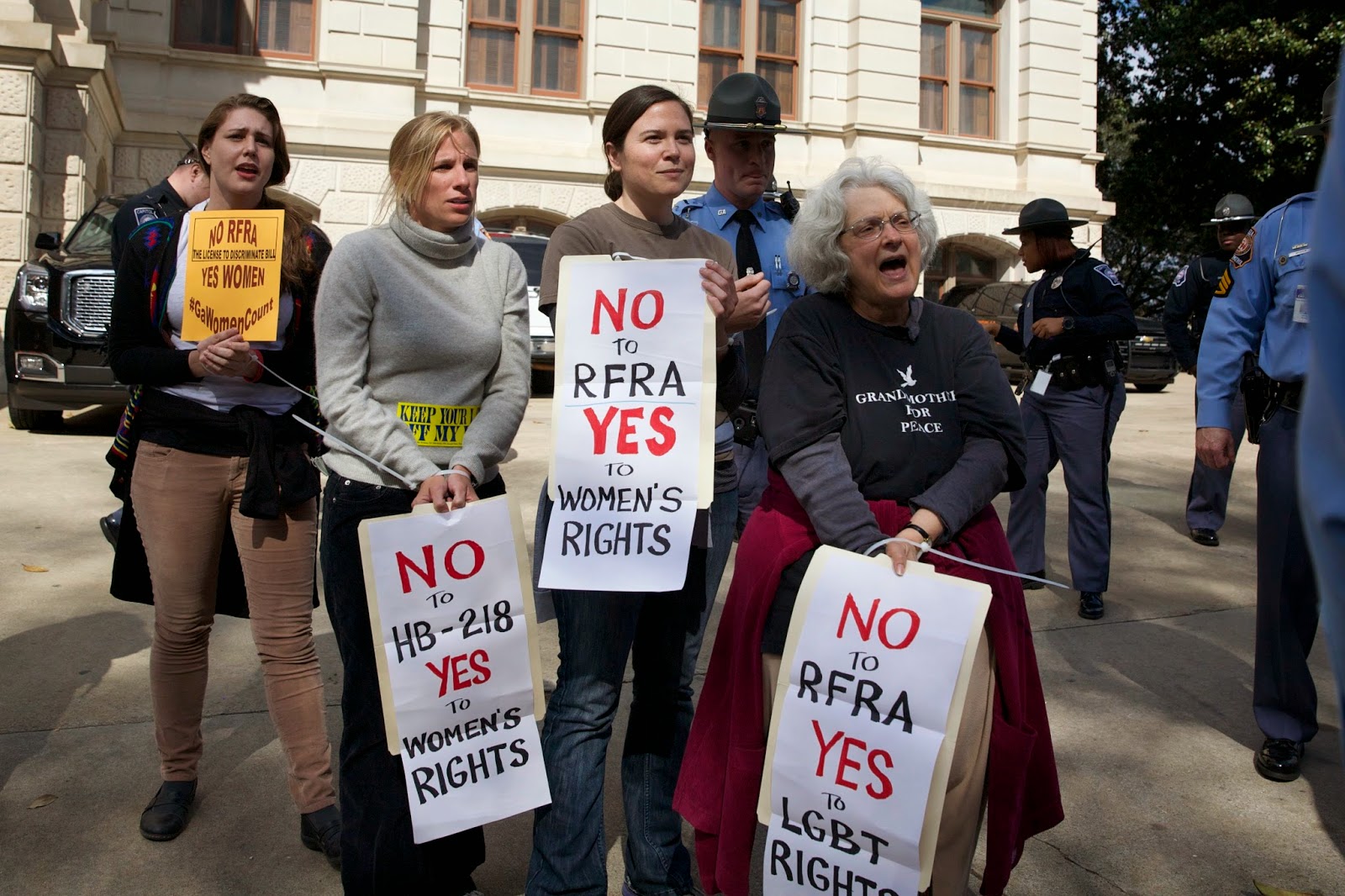 American Friends Service Committee wants congratulate all who have worked tirelessly against discrimination, including legislators and the many different groups who fought for the defeat of Religious Freedom Restoration Act in Georgia!  We are grateful for the leadership and work of Georgia Equality, and we know that in the final days amazing organizing work in Indiana may have been the straw that broke the camels back for RFRA in Georgia.

We are especially proud of Moral Monday Georgia Participants, Emma Stitt, Jess Reznicek, Lorraine Fontana, and Megan Harrison, who went to jail to highlight the issues, and we are deeply moved by the sacrifice of two women, Emma and Jess, who courageously chose not only to stay in jail until RFRA was defeated, but await release on the state’s accord in solidarity with other women not able to bond out.

Their willingness to put aside the comforts of freedom to shine a spot light on the door to discrimination that RFRA would have swung open is nothing less than heroic. Jess and Emma’s personal sacrifice was driven by their Christian faith, which provided a one of many religious voices against RFRA across the country.

Defeating RFRA is an important victory for all Georgians. As we celebrate we must not forget that the sponsor of the bill, Senator Josh McKoon has been very clear about his intention to introduce the bill again next year and his unwillingness to add an amendment which would bar the law from being used to discriminate against anyone.

We look forward to honoring Emma and Jess with a celebration upon their release.

Posted by Atlanta Economic Justice Program/AFSC at 11:13 AM