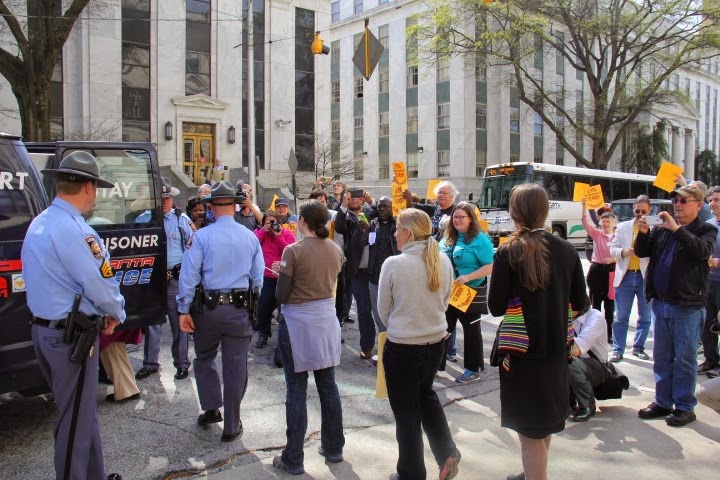 Today a group of women was arrested with Moral Monday Georgia and coalition partner Georgia NOW, attempting to deliver a message to Sen. Joshua Mckoon regarding HB 129. Commonly referred to as the "religious freedom bill" this GA House version of the nationally known RFRA bills has been called a "license to discriminate bill" and is a hot button issue for groups working on LGBT Rights, Ending Violence Against Women, and Reproductive Justice. According to Jackie Rodriguez, President Georgia National Organization for Women, "This bill has far reaching consequences for the health and well being of the women and Georgia. This will not only effect the LGBT community, who is already lacking protection under Georgia law, but it will also be essentially declaring open season on women in this state. We are providing a state sanctioned bill to commit violence against women and roll back what little reproductive rights we have left in this state." 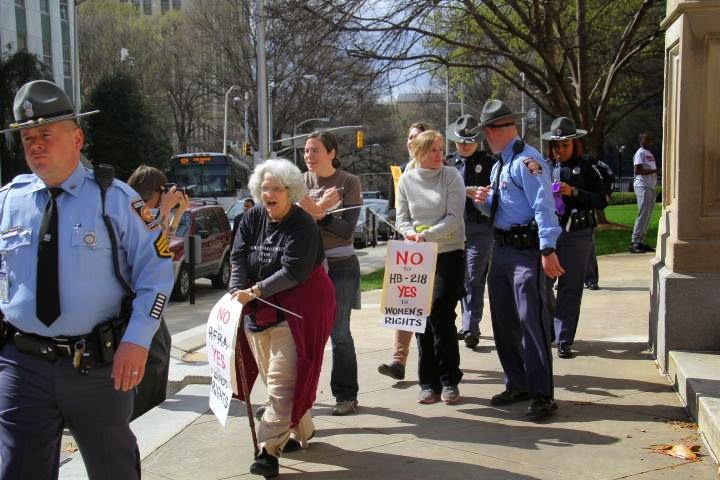 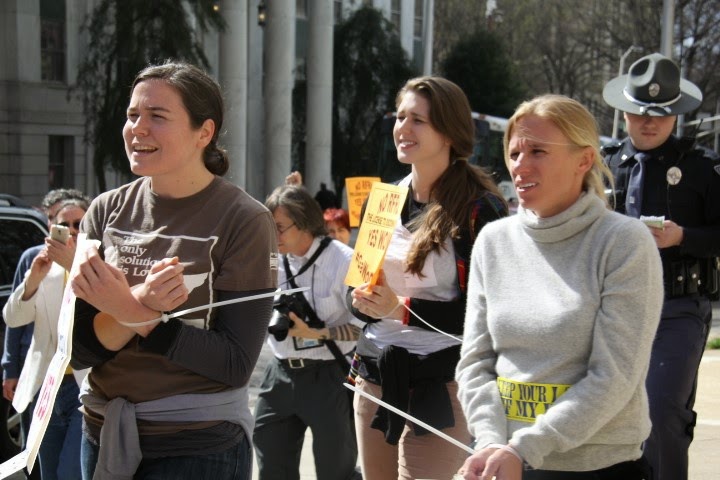 Megan Harrison, Lorraine Fontana, Emma Stitt, and Jessica Reznicek, were arrested attempting to delivery signs to Sen. McKoon that ready "No RFRA Yes WOMEN" and were quickly met by capital police. McKoon refused to meet with the women , having them arrested instead. Refusing to leave until they could pass there messages along to the Senator, they were quickly escorted out by capital police and detained. On the eve of the pending committee vote for HB 129, Emma Stitt and Jessice Reznicek are refusing bond, committing to remaining in custody until the bill has been voted down by the House Judiciary Committee.

We encourage those who can to contribute and share the bail/legal fund far and wide!