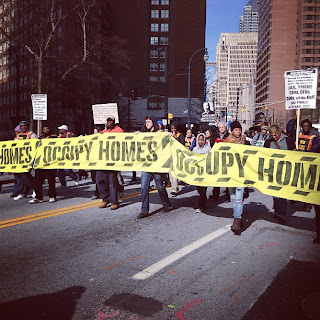 Today is a day to reflect on the legacy of Dr. King, and for many in Atlanta it's a day to retrace the great man's foot steps from Peachtree street, down Auburn avenues, all the way to Ebeneezer Baptist Church.

This year I had the extreme honor to March as a dignitary for the second year in a row and speak at the rally at Ebeneezer. Usually AFSC organizes an anti-war contingent in the march but this years mobilizing efforts went toward supporting the efforts of Occupy Our Homes Atlanta in building a large housing justice contingent in the march.

Knowing that I was to speak in the march I spent a great deal of the last few days thinking about what brief comments I might say from the stage. It my be a cliche, but Dr King's work and writing has done more to inspire my work and life direction then anything else.

This week I've been thinking a lot about poor peoples campaign, the last campaign Dr King organized. In November 1967 Dr King and the SCLC organized the campaign to address economic injustice and housing for the poor in the United States, the aim was to rebuild America's cities. The Poor Peoples Campaign didn't just focus on poor black people but addressed all poor people. Dr King labeled the campaign as "phase two" of the civil rights movement- setting goals like gathering activist to lobby Congress for an "Economic Bill of Rights", Dr King also saw an crying need to confront a Congress that demonstrated a hostility toward the poor yet provided an over abundance to the military industrial complex.

Under the "Economic Bill of Rights" the Poor Peoples Campaign asked for the federal government to prioritize helping the poor with an antipoverty package that included housing and a guaranteed annual income. 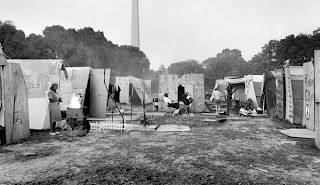 Martin Luther King Jr wanted to shut down Washington DC. Poor Peoples Campaign was to be the longest running protest in the nations capitol. Dr. King intended to dramatize the suffering of the nations poor by bringing them to the capitol. Poor people would live together on the national mall, between the capitol and the Lincoln memorial- and engage in widespread civil disobedience. King wanted to force the federal government to deal with poverty. 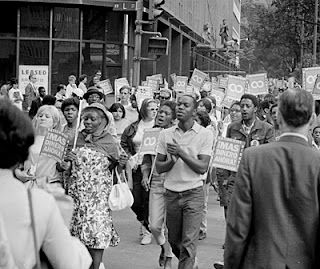 After Kings assassination the King family, along with the SCLC, decided to go on with the campaign to honor King. On May 12th, 1968, the first wave of protesters showed up. One week later Resurrection city was built on the Washington Mall, a settlement of tents and shacks to house protesters. Demonstrators were sent to various federal agencies to protest and spread the message of the campaign. Sadly the campaign lacked the leadership and momentum Kings involvement might have brought.

The combined setbacks of RFK's assassination, and a series of bad press further limited the campaign success. Failing to force a response from lawmakers, the poor peoples campaign closed camp on June 19th 1968.

It should come as no surprise that many veterans of the civil rights saw the Occupy movement as an extension of Dr King's work and legacy.