Windows and Mirrors Gets a Visit From Fourth Graders! 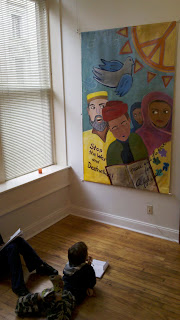 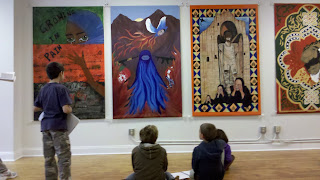 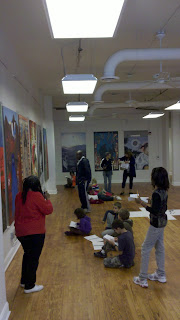 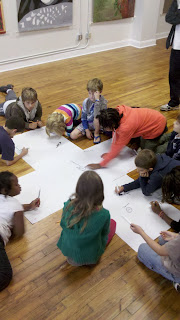 In the two hours the students spent viewing the exhibit they had an assignments, which they were all eager to complete. They were asked to pick the five panels that spoke the most to them and explain why.

We also did a group activity with the group designed to spark dialogue about our connection to the war in Afghanistan and the personal power wall all have to recognize, act against, ignore, or facilitate systems of violence and oppression in our communities and around the world.

Each panel is a mirror that reflects our responsibility for each bullet, each bomb, each death. It's a reflection of our obligation to change the direction in Afghanistan, to build schools instead of tanks, to recruit Afghan youth to grow food and build infrastructure, instead of recruiting low income American youth to police Afghanistan with the barrel of a gun. We have the power to look through these windows, to reflect, to change.