Be The Change Day 3 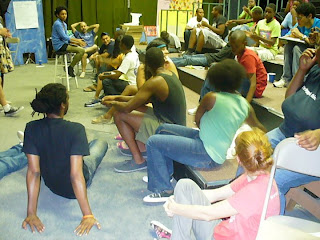 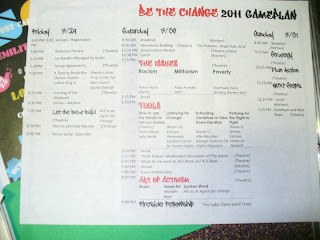 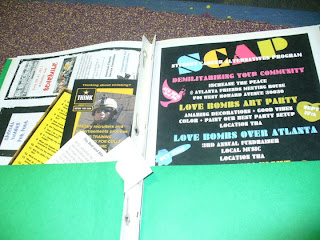 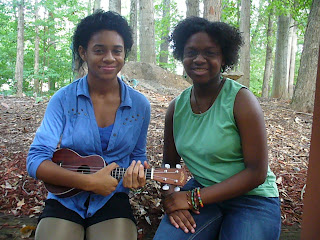 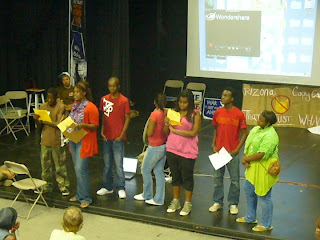 To be honest day three was the day I had been most nervous about. Our goal was to have youth self facilitate session focused on creating a campaign around an issue they want to change in their communities. These sessions have proven stressful in years past when most participants were college students, how would middle and high school students work together to create unifying projects?

They actually did quite well. I must admit that once they got to flowing out ideas they found themselves at conscientious with an ease experienced organizers often don't have most of the time, and their ideas were super fresh. One challenge the group had to overcome was picking an issue to focus on. This was especially difficult because we had just spent the weekend articulating the connections between all systems of oppression, repression, and violence.

After much discussion youth chose public education as the issue they want to focus on. The highlighted that a campaign around demanding a fair, just, and equitable public education system in Georgia will of course include conversations around military spending, undocumented immigrants access to education, education access for the disabled, and the school to prison pipeline.

I wasn't sure how down this group would be to really make next steps, but they were. The group unanimously decided to meet again in August to discuss next steps on a campaign!

I believe that one of the greatest challenges for organizers is to get out of the way. We often struggle to create space for new people to grab the mic, yet we find ourselves annoyed at the workload we're left with at the end of the day. Be The Change Youth Convergence is about not only building community, educating ourselves, and sharing tools, it's about passing the pic and lifting new leaders up. Sometimes we have to be okay with following new leaders, even when they don't walk just like us.

Be The Change Youth Convergence was a big success thanks to everyone that made it happen. All the volunteers, the facilitators, local businesses that contributed food, the Horizons school, and of course all the amazing youth who came out by choice to be the change our communities need right now. THANKS YA'LL!!!!