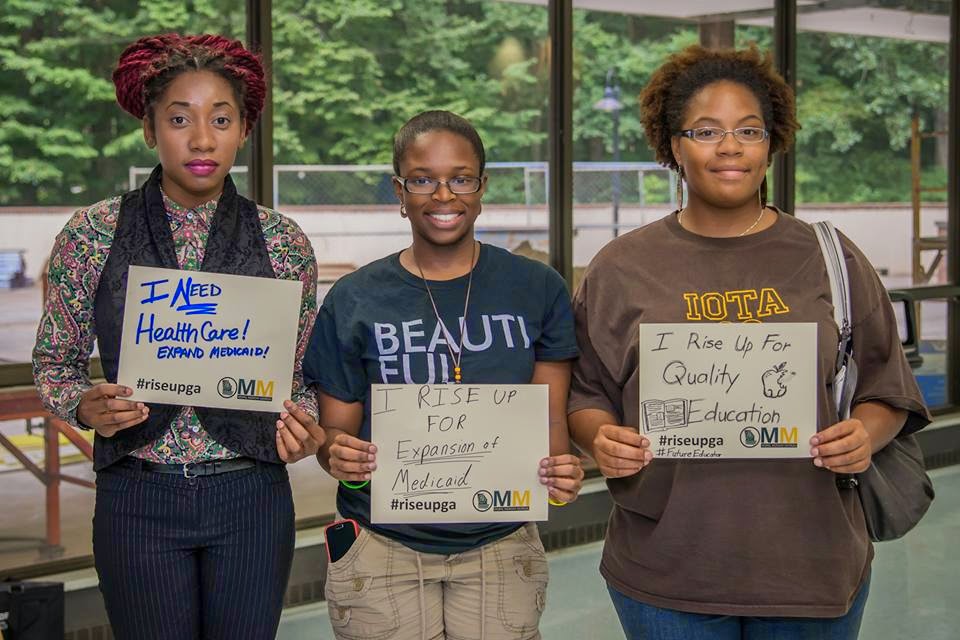 I had the privilege of being a speaker in Carrollton for stop five of our Jailed for Justice Tour. I have to admit that I am generally more comfortable working behind the scene, but I knew that it was important that I step outside my normal comfort zone and share my story. If we can stand up and say, I am just like you; this was a hard choice but we were able to do it and you can too. I hope that will inspire someone else to become just a little more involved in building a movement for change. Maybe you cannot take an arrest, but there are lots of ways to support the movement. One thing that I hope sharing these personal stories does is impart to people that we have all become part of something much bigger than our arrest. We have become part of something that has raised our consciousness, raised our voices, and is building a movement. 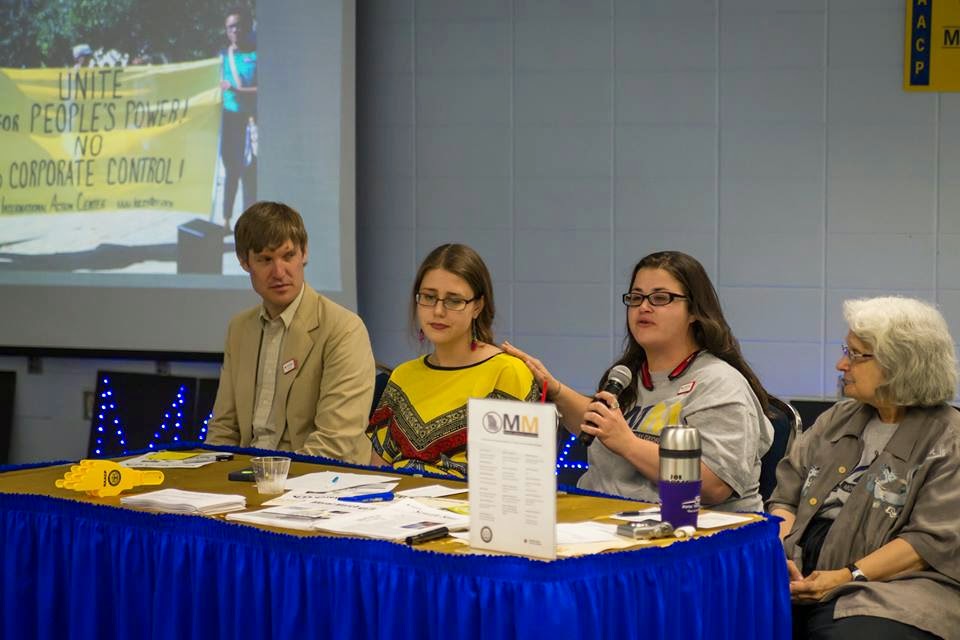 When I looked around the room, nestled inside the West Georgia University campus, I saw the faces we need to make this movement a success. I saw all races and ages, coming together around the same issue and similar struggles. During the community conversation I saw the fire and passion that we need to make a better Georgia a reality. When we kicked off the program and I heard the local NAACP president speak of their long standing partnership with the local League of Women Voters I could not have been more thrilled. That foundation, that relationship, is what we need to build within all of our progressive organizations. That is the fundamental idea that Moral Monday was built upon and it already exists in Carrollton. Now is the time to build on that relationship and expand it within your community.

One thing we like to say about Moral Monday is that it is a call to action, a banner under which to unite for the common good, and that is what has happened over 80 times this year. We have been called to take action, with over 80 arrests, as individuals to create a powerful movement that demands we be heard, that demands we bring attention to injustice, and demands change. On August 23rd at 10am we will rally at the capital and you will have the chance to join in this fight, to unite your voice as one with us and take a stand for what is right and moral in Georgia. CLICK HERE to join and share the Facebook event. 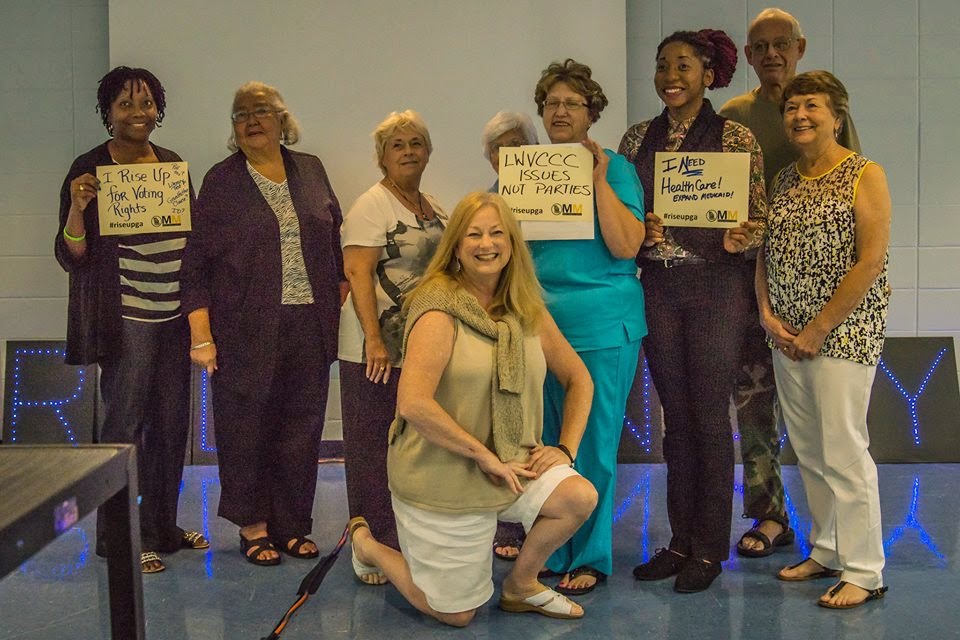 On August 23rd we are going to stand together, shoulder to shoulder; brothers and sisters of all different races, ages, and gender identities and demand what is rightfully ours. We have the right to a government that represents the people and their interest, not their own self-interest. We have the power to demand change in Georgia but we can only do it with your help. Please CLICK HERE to join and share the Facebook event for our march to demand change!