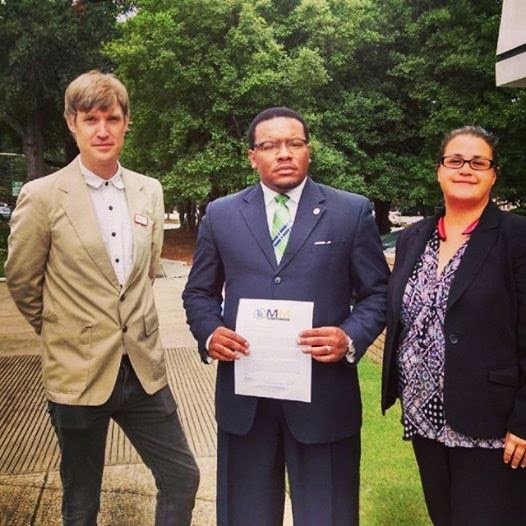 It was an eventful day in Columbus Georgia for the Jailed For Justice Tour! Stop #15 of the Jailed for Justice Tour would not have been complete without speaking out against an injustice happening right in Columbus. We decided to draft and hand deliver a letter to the Mayor of Columbus, Teresa Tomlinson, urging her to uphold the First Amendment in Columbus by making sure that the School of the Americas Watch be permitted to hold their annual vigil. 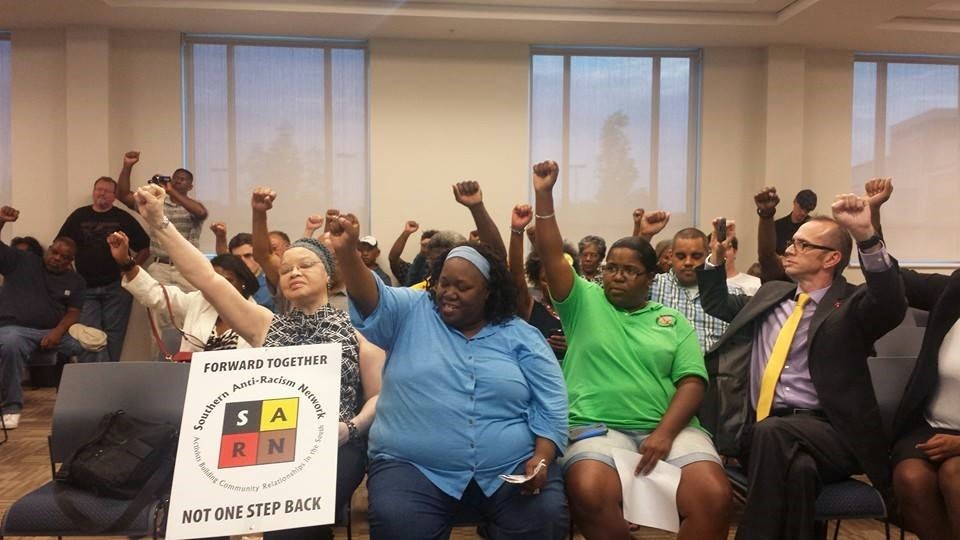 Click here to read more about the SOAW movement history

After delivering the letter we decided to head to the tour stop and I believe we were greeted by most of the media outlets in the Columbus area, and more importantly a really huge crowd! One thing that this tour has made clear it that folks are ready for a Moral movement in Georgia and judging by the excitement in the air last night Columbus is ready to lead the way!

There were several hundred chairs set up and by the time we got started there seemed to be at least fifty people standing, we simply ran out of room. The issues on the minds of folks in the community who gathered with us weren't unlike other concerns we have heard from around the state. People are living with an unfair criminal justice system that sees young black males as targets and revenue sources once placed in prison. Communities are seeing ever decreasing social services budget that are hitting there communities hard. We also heard from Columbus, and from around the state that people were unhappy with the governors' refusal to expand medicaid, and that we needed to work on gun violence in our communities.

We look forward to seeing our brothers and sisters from Columbus in Atlanta on August 23rd when we hold our Moral March on the Capital!


Posted by Atlanta Economic Justice Program/AFSC at 11:14 AM