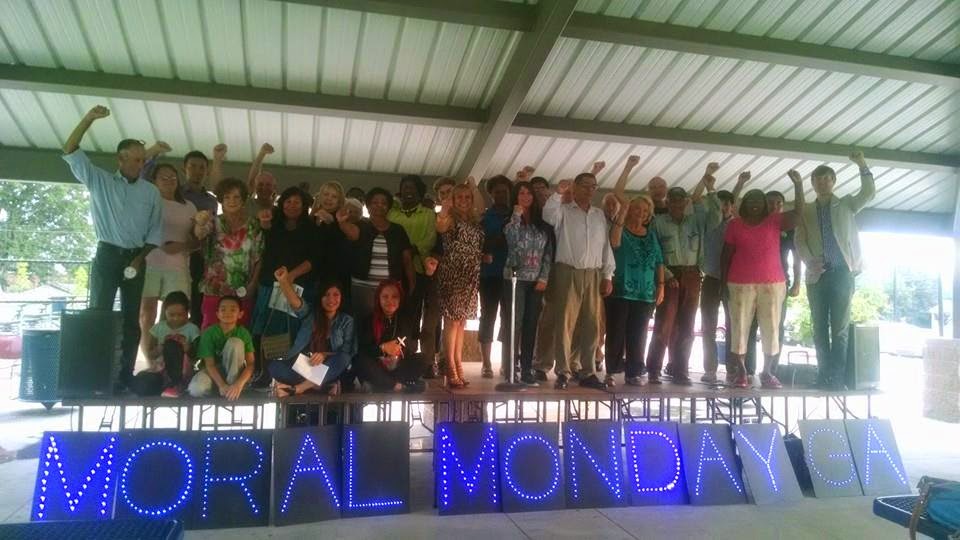 We were super excited to head to Dalton Georgia for our 4th stop on the Jailed For Justice tour for a number of reasons. The organizers of the event had let us know ahead of time that they were really interested in having a focus on immigration reform as Dalton has a very high percentage of Latino’s and many in their active groups our undocumented youth. This was a great opportunity for us to invite Georgia Dreamers, Lucino Gropar and Arturo Martinez, who had been arrested during a protest outside the Georgia Board of Regents meeting earlier this year, an action that was co-sponsored by Moral Monday Georgia. 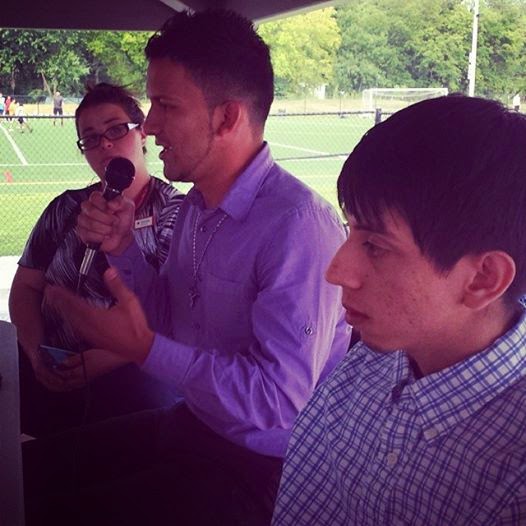 For those that don’t know undocumented people are banned from attending the top five public universities in Georgia and must pay international tuition at any other publically funded schools in the state. Georgia is one of the few states in the nation that has gone so far to make young immigrants like Lucino and Arturo feel especially unwelcomed to receive an education.

When we showed up to the venue it was brimming with action. There was a whole line of amazing food, an amazingly diverse group of black, white, brown, old, and young people, all excited to be there. Turnout was great thanks to a really great local turnout effort by Dalton organizers.

Lucino, Arturo, and Jackie Rodriguez all gave really heartfelt amazing testimony about their path to civil disobedience which was interrupted multiple times for applause. After the panel we opened it up for Dalton residents to share their experience, talk about what it would take to build a Moral Monday movement in Dalton, and what fights our winnable in the area. 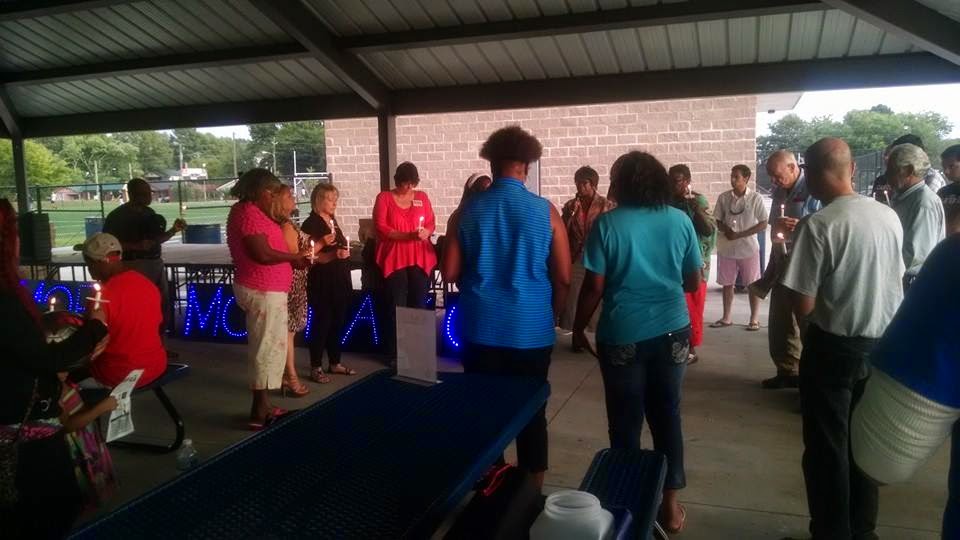 We also asked folks to commit to bringing carloads of folks to the August 23rd Moral March on Georgia.


We closed the evening with a truly powerful candlelight vigil for just immigration reform and all the innocent children being held at our border.
Posted by Atlanta Economic Justice Program/AFSC at 1:40 AM