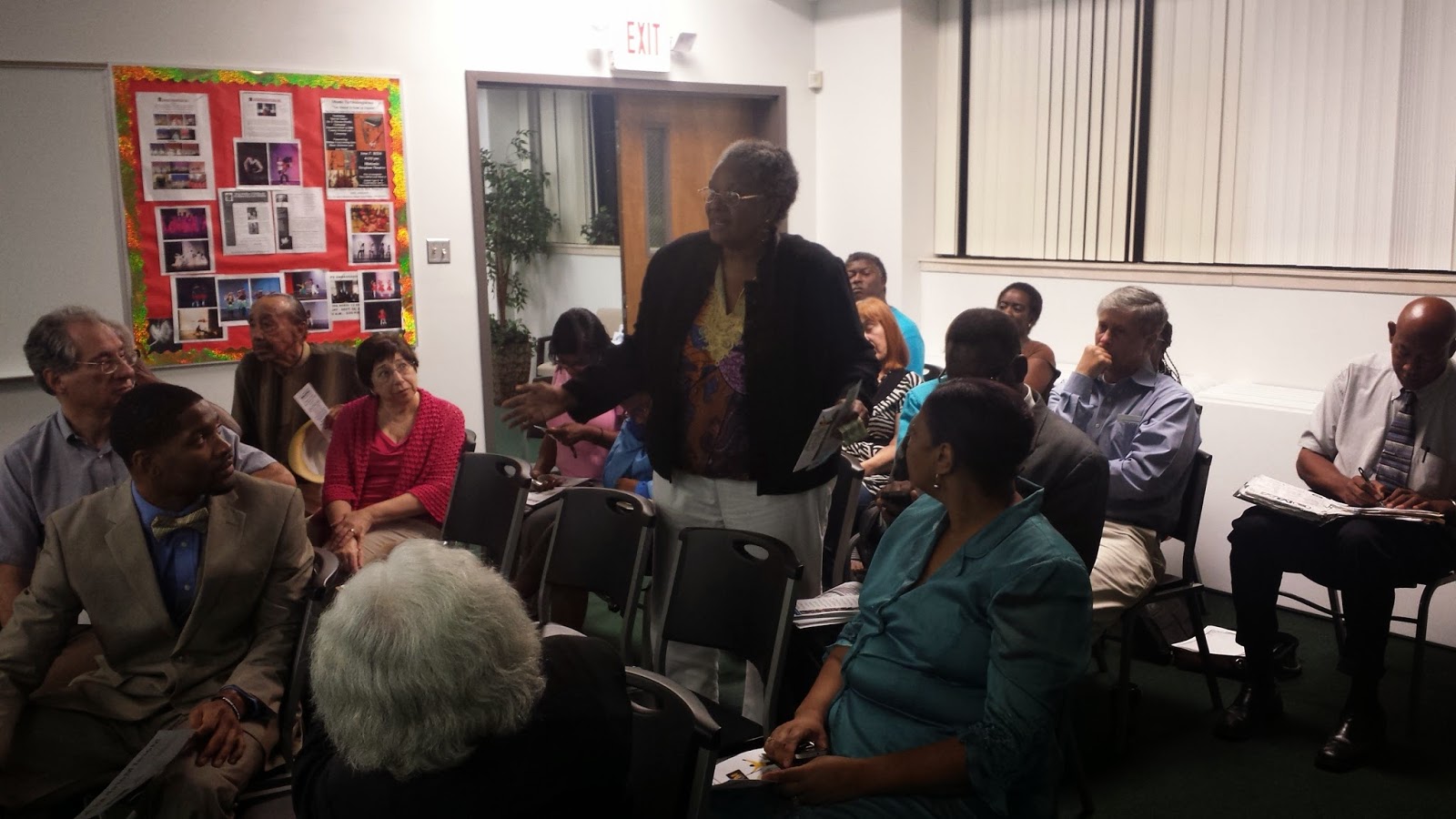 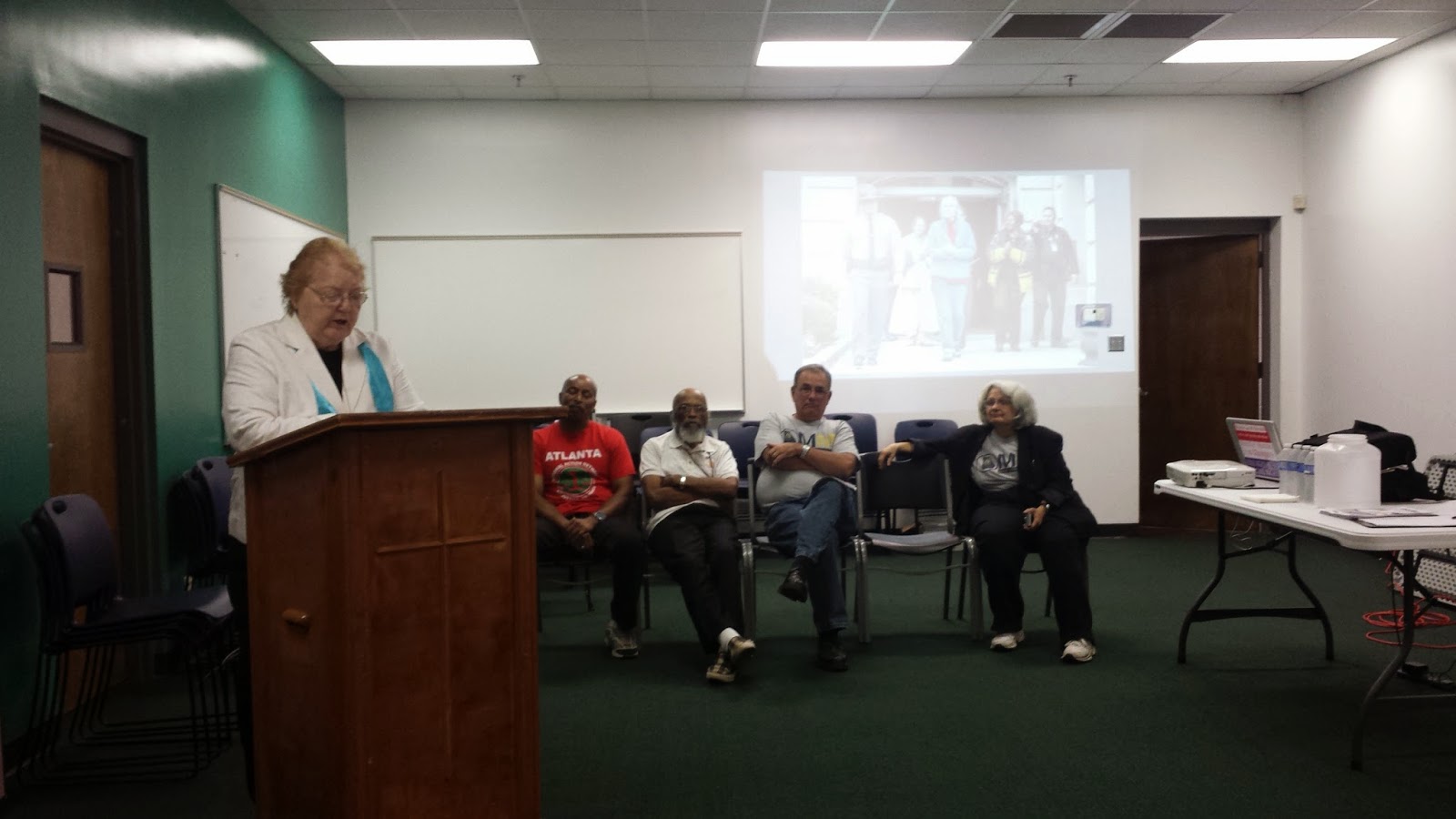 We where greeted with a news crew interested in covering the story of the Moral Monday movement spreading to Macon Georgia, which was a great start to an eventful evening on our 12th city on the Jailed for Justice tour. The panel of Moral Monday Georgia arrestees was once again beautiful and truly inspiring, one highlight was civil rights veteran Rev Fred Taylor, who has been arrested 28 times! Rev Taylor talked about the spiritual aspects of committing his body to civil disobedience and his willingness to endure the consequences in order to bring about real social change. 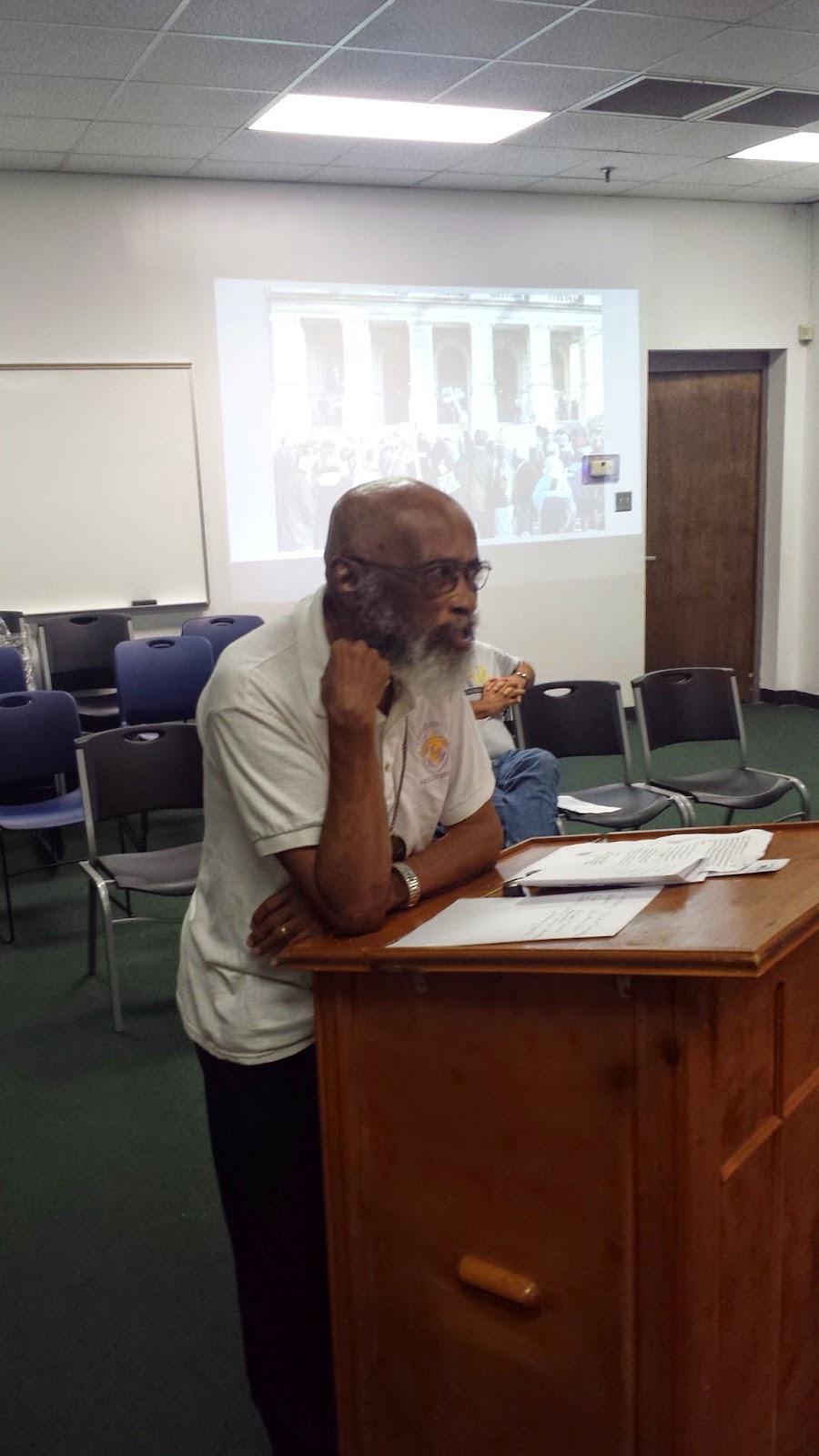 The highlight of the evening for many was the community discussion about issue folks in Macon would like to take on and what a Moral Monday coalition would look like in Macon. Many issues were touched on but the one that seemed to be on folks mind was the extreme inequalities in the criminal justice system and the targeting of young black males in the Macon area. Tales of roadblocks on Thanksgiving and communities losing their sons to the prison industrial complex were far to common in the crowd. Folks were clear the Macon needs and wants a Moral movement that is both locally strong and connected through out the State of Georgia. 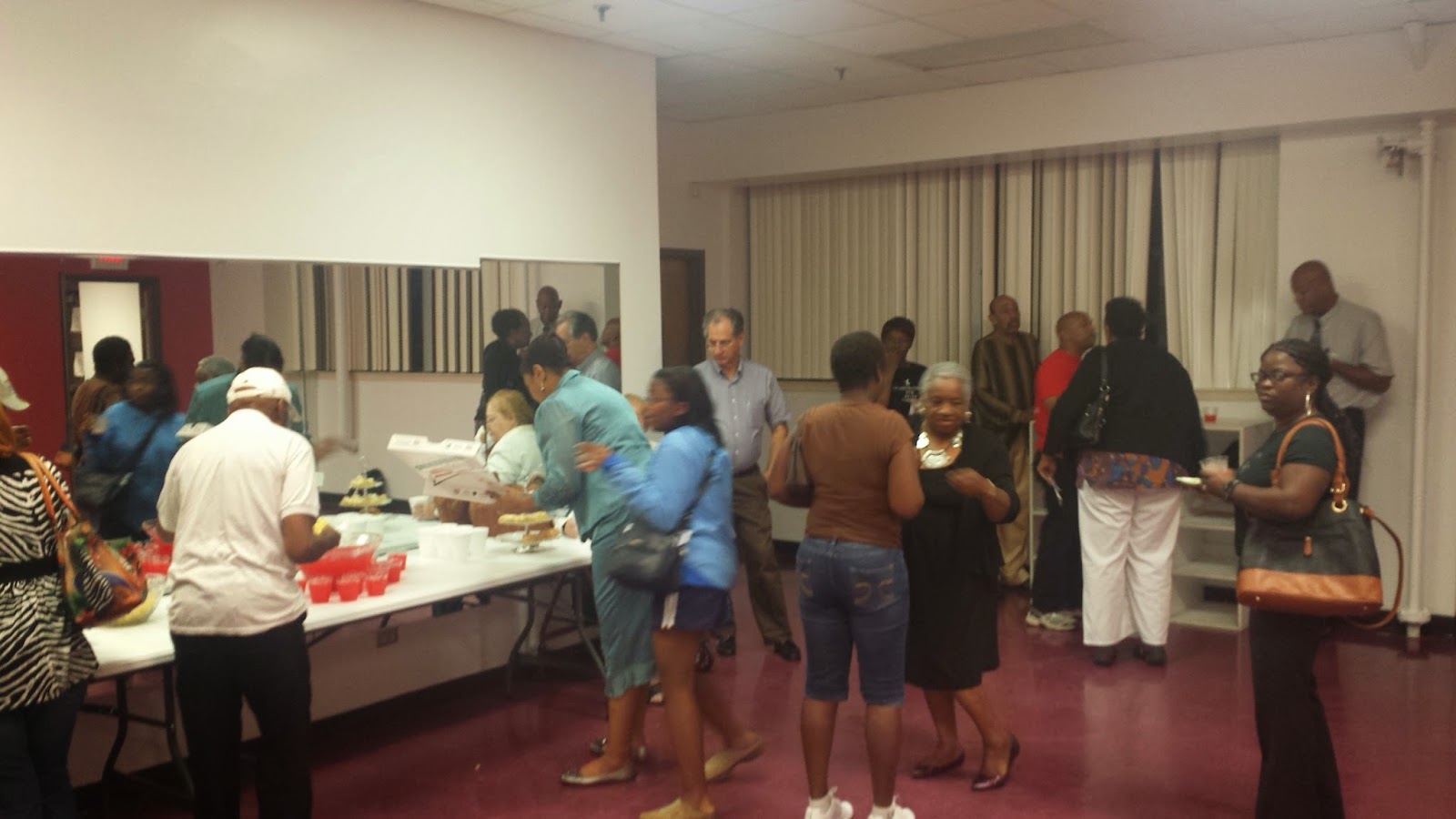 After the event the NAACP hosted a lovely reception for all who attended. It was another lovely evening, we are truly exciting to continue to build relationships with local organizers in the Macon area. A statewide movement isn't truly statewide without the heart of Georgia; Macon!
Posted by Atlanta Economic Justice Program/AFSC at 2:27 AM