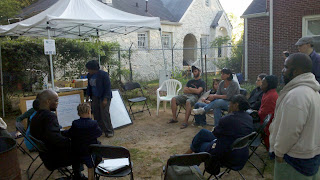 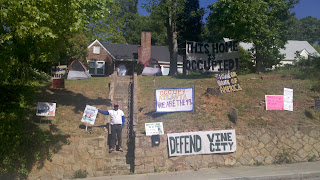 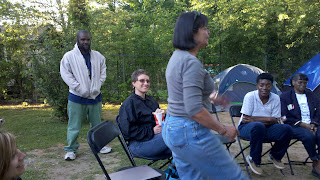 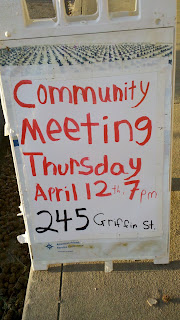 Driving down any street in Vine City makes it impossible to ignore that this historic park of Atlanta has sustained a tornado of economic violence for decades. There are more empty homes then occupied homes due to extreme predatory lending . The lack of capital has forced residents out of their homes and into the streets, many have been virtually forced to engage in illegal activity that's further hurt residents. The tactic of divide and conquer has been administered here to disastrous results.
Vine City and English avenue really are ground zero for the housing crisis that Atlanta is under the lash of. The work here is vital, and in the three months we've been engaged here there have been sparks of hope. We've saved a church and we're now fighting save a home that's being illegally foreclosed on by Bank of America, we're facilitating weekly clean ups, we're teaching elementary school aged kids to plant urban gardens, we've just started a weekly political education program, we're hosting a weekly community meeting where residents can brainstorm ways to organize their community for change, and we're beginning to engage with folks trying to halt the closing of Kennedy Middle School.
It's a start, and there's no doubt that what Vine City needs is a Vine City movement led by Vine City residents. It's an uphill battle against unprecedented wealth disparity, but these days the impossible feels more possible than any time in recent history.
There's power being built in Vine City, and you're invited to participate!
Come by our new headquarters at 245 Griffin Street. It's a 24/7 operation.
Tim Franzen
American Friends Service Committee
Posted by Atlanta Economic Justice Program/AFSC at 11:56 PM