"It's My Life" Youth Film Fest a Big Success!!

To Mark the third, "It's My Life" youth art event Student Career Alternatives Program, a project of AFSC, wanted to try something different.

This year we decided to organize a youth film festival instead of a general art contest. Our thinking was that short thematic films could have a greater impact beyond the art contest event itself and that it would be really cool for youth to see their films on the big screen.

The festival was held at the Plaza theater this past Tuesday and was really well attended. It was great to have teachers, youth, and parents come together to watch and honor the work that went into these films. 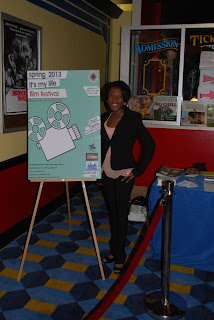 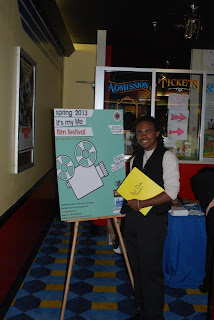 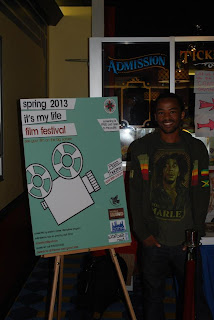 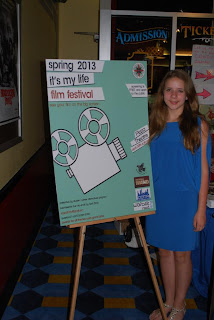 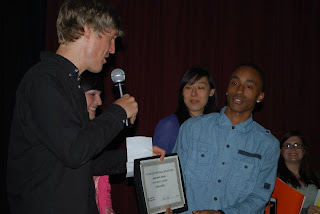 The Cash Grand Prize was presented by Tim Franzen
Daniel MiQuel for, "Gotta Make a Change" 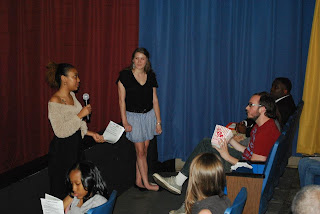 Every official "It's My Life" youth film festival selection was awarded with a certificate and a one year pass to Wonderroot Community Art Center. At Wonderroot youth will have free access to a digital media lab, a dark room, performance space, ceramic studio, and a recording studio!

We were also grateful to have former "It's My Life" youth art contest winner Aisha Ra'nee present to give all the youth film makers words of encouragement. Aisha's video entry several years ago is one of the reasons we decided to try doing a film festival this year. After winner 2011's art contest Aisha went on to enter a film program at Georgia State University where she has thrived as a student. 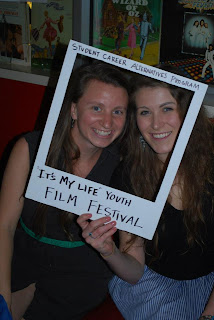 We want to give a big thanks to all of this year's sponsors, Georgia WAND, Wonderroot, Occupy Our Homes Atlanta, and The Georgia Peace and Justice Coalition.

Also a big thanks to the Plaza Theater for giving us a discount prize on the theater rental.

This event would not have been possible with out the countless hours of volunteer time that Victoria Temple and Erica Schoon put into this project! Thank you both for your amazing service!

For more pictures of the event visit SCAP's Facebook group and join here.

Can't wait till next year!!