The Long Road To Justice For Jacqueline Barber 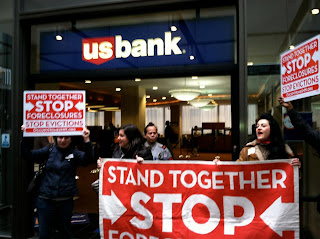 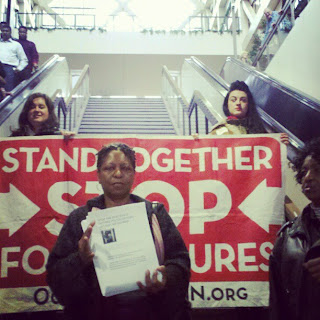 After joining Occupy Our Homes Atlanta and standing up publicly to GMAC and US Bank against her eviction, Ms. Barber was told by representatives of GMAC to make an offer to buy back her home, which she can afford at current market value.


Following their direction, Jacqueline put in an offer and GMAC sent an appraiser to her home. After saying they would report back about the appraisal, they instead backed away from negotiations, built a wall of silence, and have since pushed strongly ahead in the process to get Ms. Barber evicted.

The stress of facing eviction has already brought Jacqueline's cancer out of remission. Recently, Ms. Barber went to her doctor who told her that she will have to resume aggressive chemotherapy and radiation treatments if she is unable to relax and stay stress free while undergoing her current treatment.

Not only have US Bank and GMAC blatantly lied to Jacqueline, her supporters, and even members of the media regarding their willingness to negotiate, it seems that they are keen on the idea of pushing a cancer patient into worse condition. Not only is Jacqueline having to fight to save her home, she is now fighting to save her life as well.

To let GMAC and US Bank know we don't take such issues lightly, Jacqueline Barber, Occupy Our Homes Atlanta, American Friends Service Committee, and some of Jacqueline's friends made the bold decision to make the journey  to Minneapolis on Sunday to pay them a visit. 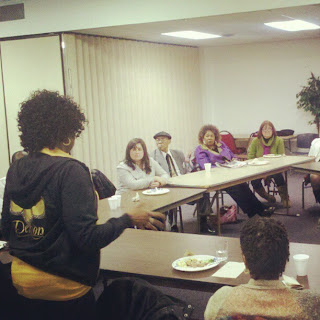 The fine folks at Occupy Homes MN greeted us at the airport and hosted a meet and greet dinner. There Jacqueline was introduced to a number of local residents that were fighting for their homes as well.

Today Jacqueline marched on US Bank and GMAC-RFC with allies from Occupy Homes MN, and the Home Defenders League.  The solidarity in the emerging housing justice movement was amazing and inspiring !The goal was to keep Jacqueline in her home, in good health, and to shine a light on the unjust illegal fraud at the hands of the financial institutions that continue to hold our communities and our economy hostage. 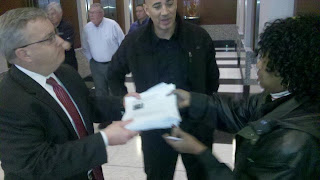 We were able to force  meetings with both US Bank and GMAC and deliver over 20,000 signatures on petition urging US Bank and GMAC to do the right thing and make a deal that would keep Jacqueline and her family in the home. We also delivered pay stubs and bank account statements that prove Jacqueline could afford the home.

Add your name to the petition to keep Jacqueline Barber and her family in the home.

Posted by Atlanta Economic Justice Program/AFSC at 12:49 AM