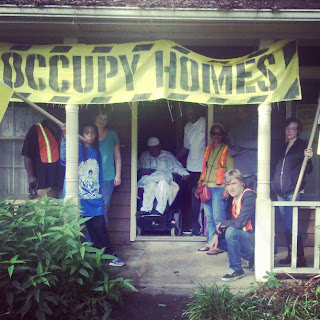 On May 7th of this year, Toni Furman was in her Lithonia home when she heard someone breaking down her door.

“They kicked the back door in,” she said in an interview with Crossroads News. “I was in an upstairs bedroom trying to call for help and they told me to drop everything and show my hands.”

“They” were the six DeKalb Sheriff’s deputies who evicted her from the home on Stoneleigh Hill Road where she had lived for more than 20 years.

“They ordered me to get my clothes on and to leave,” said the substitute high school science teacher. “And they started to take my things out into the street.”

Toni hit hard times five years ago when she experienced a difficult divorce. She and her husband had lived in the home for 18 years. The divorce left Toni with the house, nothing more.

Toni immediately started to contact Cenlar, a loan servicing company, to see about getting a loan modification with no results. Eventually Toni got an extra job so that she could get closer to affording the mortgage payment.

Cenlar continued to refuse to work with Toni. Toni’s home wasn’t any foreclosure , Toni had around 100k in equity, which made for a very attractive foreclosure for Cenlar. In the end Cenlar refused her modification because he ex husband refused to sign modification paperwork, despite the fact that Toni had won the home in a divorce settlement. 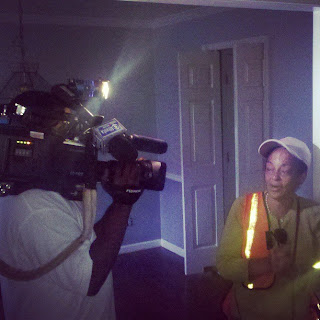 Because Cenlar refused to work with Toni she became homeless and was staying with a neighbor in her community. Toni is ready to take bold action to reclaim her home despite the consequence. Toni is ready to be a voice for others struggling to simply have a place to call home.

Today at around 6:30pm Toni marched to her home at 1420 Stoneliegh Hill Road, Lithonia, with the support of other Atlanta residents active in Occupy Our Homes Atlanta and reclaimed her home of over 20 years from Cenlar. This was a brave, bold, risky move for Toni, who had never been involved in any social justice movement prior to her crisis.

There's no telling how this story is going to end, but we know it's starking lots of conversations in her community and is being covered on several local news outlets.