Residents Uniting In Struggle Against The 1% In Atlanta 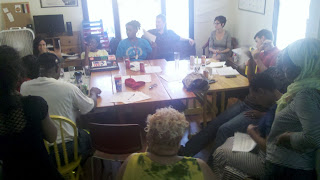 It's been a big week for the newly launched Occupy Our Homes ATL(OOHA) movement. This weekend AFSC participated in an all day retreat designed to begin the tough work of building a sustainable structure and organizing strategy for OOHA. 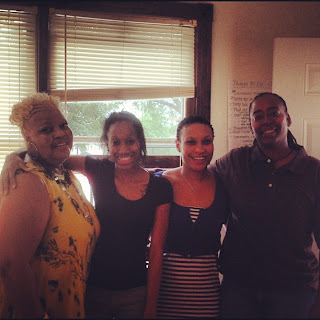 It was especially exciting to see so many folks in the room who had personal experience standing up to the big banks and resisting foreclosure and eviction of their own homes. It was the first time we had Carmen Pittman, Chris Frazer, Brigitte Walker, and Ajai Craig all in the same room.


Many of us believe it's crucial to build a resident led movement to effectively take on Atlanta's housing crisis, which many may not know is much worse today than any other time in the city's history. In order to move towards a resident led movement we recognize that the most effected residents need to take on leadership roles from the get go, and be the face, voice, and spirit of resistance. 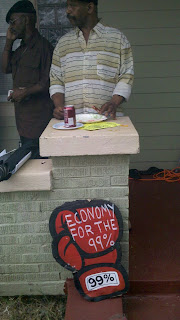 No one can reach out to those struggling with housing better then those who have been through it themselves. Too many people in our city silently struggle, often times in shame,to maintain a living space, while financial institutions shamelessly make record profits putting more and more Atlanta residents on the streets. Our city can no longer afford the gross disregard for human rights, our local government's inadequate response to the housing crisis, or law enforcements cooperation with illegal foreclosures.

Here's the mission and Vision that folks agreed on at this weekend's retreat:

MISSION
We are a grassroots, member-led organization that seeks to build power in metro-Atlanta neighborhoods highly impacted by the housing crisis. By mobilizing communities around foreclosure, eviction, tenant rights, and public land rights--with an emphasis on leadership development and fostering a culture of resistance through nonviolent direct action--we strive to transform our city's approach to housing. We believe that housing is a human right regardless of race, national or ethnic origin, economic background, religion, disability, sexual orientation, gender identification, or immigration status.

VISION
Occupy Our Homes Atlanta plans to build a mass movement in the metro-area around the housing crisis by:

1.) organizing impacted communities around the issues they identify as affecting them the most;

2.) developing leadership in these communities and fostering a culture of resistance, through nonviolent direct action, to public and private institutions that continue to disrespect basic human rights;

3.) inciting a cultural shift in the way we think, see, and ultimately, tolerate the hardships bred by foreclosure, eviction and homelessness;

4.) provoking a system change in the way our city approaches housing;

6.) and striving toward a system where people have more control over the communities they call home. 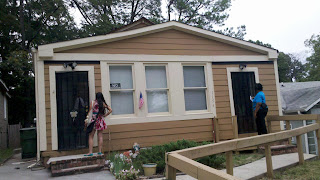 After the retreat over a dozen folks went out into the Pittsburgh(ATL) Community and canvassed the neighborhood, letting folks know about OOHA, and inviting everyone out to a community cookout. 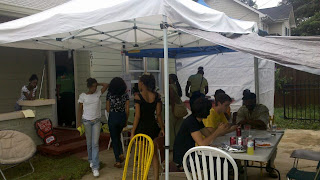 Despite the cloudy day, which did bring some rain, the cookout was a big success. Over 60 people from the neighborhood came out in the bad weather to hang out, eat food, and give us their thoughts on how we can build movement around the housing crisis that's hit the Pittsburgh community hard.

OOHA is hosting a meeting this Thursday the 14th for folks that want more information about how to plug into the work. 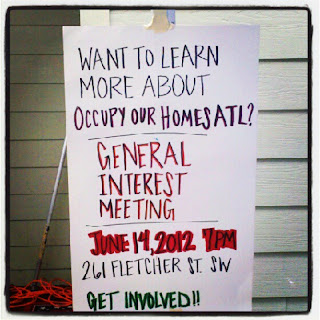 AFSC is excited to have the opportunity to play a role in this important work.