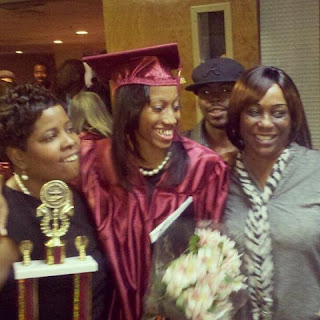 Today, after a lot of hard work, Carmen Pittman  received her diploma from BaSix Knowledge Academy. Several activists who have been fighting alongside Carmen joined her family for the ceremony at Ray of Hope Christian Church in Decatur, Ga.

While we were all very proud of Carmen's accomplishment none of us, including Carmen, knew that she was to be honored for advocacy in the community. Over the course of the last six months Carmen has not only become a spokesperson for her families struggle against Chase Bank, she's become a spokes person for for thousands of people facing foreclosures and evictions in the Atlanta area. 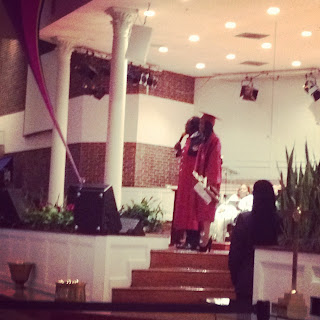 It was just six months ago that Occupy Atlanta responded to the crisis facing the Pittman family. They had not only lost their beloved Mother and Grandmother, Eloise Pittman, they found out the Chase Bank was planning on evicting the family as well. Prior to Occupy Atlanta's involvement with her families struggle, Carmen had never thought of herself as an activist or an organizer. That all changed in the weeks and months to follow. 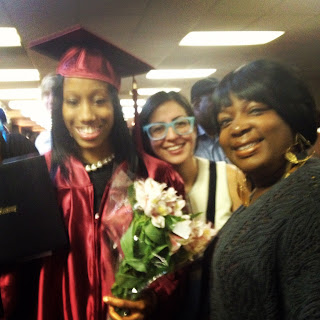 From day one Carmen expressed a desire to learn about the connections between the systems of violence oppression that control our economic system. Carmen has embodied the concept that Occupy Atlanta's home defense work has tried to lift up; that we don't fight for folks, we fight with them.
Carmen has come a long way from sitting in on strategy meetings and attending actions. She now calls for meetings, and plays a key role in planning every aspect of the campaign to save her home. More recently Carmen has also worked with other families who are standing up to the banks.
Today Carmen was awarded the Myra Jackson Pioneer Award for her outstanding activism in the community! Congratulations Carmen Pittman!

AFSC's Georgia Peace and Conflict Resolution Program has been proud to committ resources towards the campaign to stop Chase Bank from evicting the Pittman family and we're excited to see a new much need leader in Carmen Pittman!