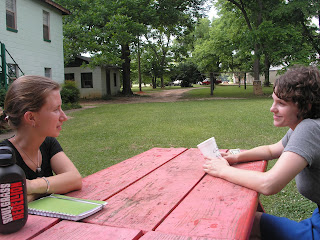 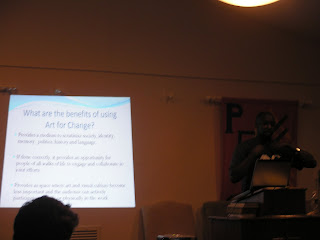 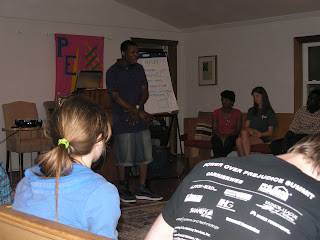 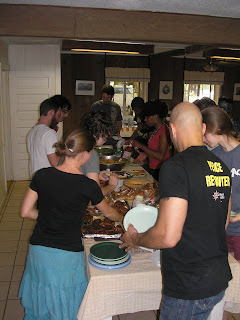 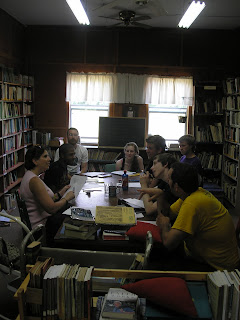 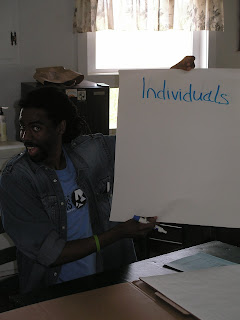 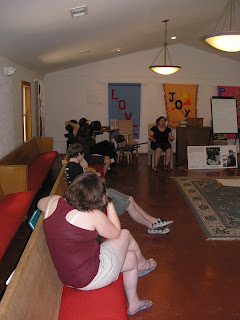 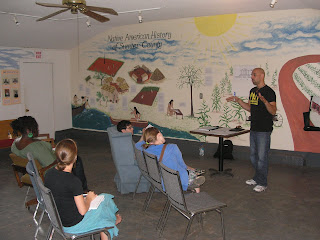 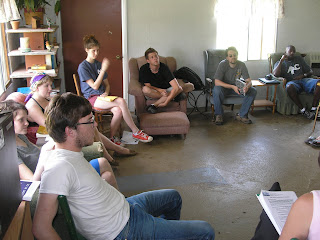 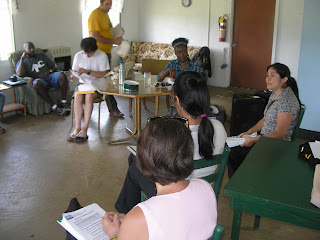 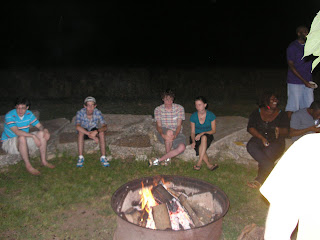 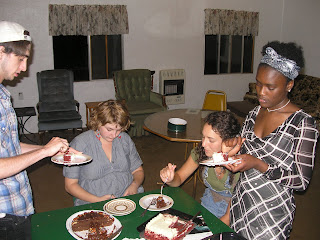 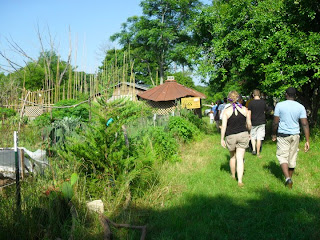 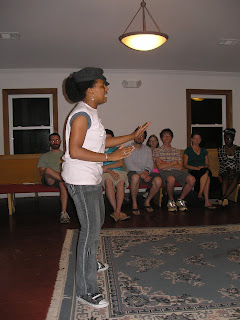 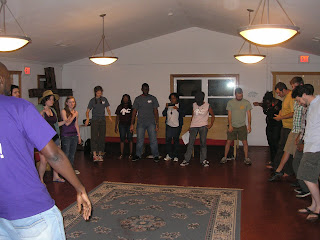 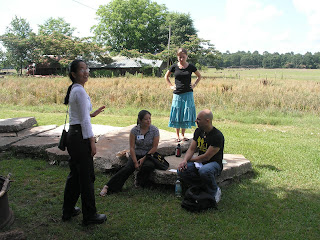 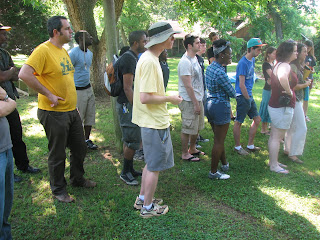 Six months ago about ten young people from different parts of Georgia gathered in the basement of a coffee shop in Milledgville to decide if/when/ where there would be a second annual "Be The Change" youth convergence. the first youth convergence was held in May of 2009 and brought together youth activist from around the state to discuss the problems facing our communities. The grounding text for the weekend was Martin Luther King's, "Beyond Vietnam" speech in which he famously made the links between militarism, racism, and poverty. The gathering was hosted at the historic Koinonia farms, a somewhat forgotten place of importance to the civil rights movement and the birthplace of habitat for humanity.

Last years convergence sparked a counter military recruitment campaign that stretched across the whole state. There was multiple street actions, graffiti, stencils, and wheatpastings, a proposed publicly funded Marine Corps themed high school was halted in it's tracks, and two joint pieces of legislation were introduced in the Georgia House and Senate. Not to shabby.

So back to that coffee shop basement in Milledgville. After some discussion about how the first "Be The Change" went the group found a conscientious. "Be The Change" 2010 needed to happen, now more then ever. The group also wanted to stay rooted in Dr. King's message, and we wanted to keep the convergence at Koinonia, despite knowing that it limited the number of folks willing to make the journey.

The group also wanted to stick with the original format. We would learn about how militarism, racism, and poverty affected Georgians and how these issues where linked. We would learn how to use established tools to build movements and campaigns around these issues, and we would pick an issue and build a campaign strategy that would be implemented throughout the year.

I'm happy to report that the 2010"Be The Change" youth convergence was a big success. We had high school and college students and organizers from Milledgville, Athens, Henry County, LaGrange, Atlanta, Aiken, Birmingham, Americus, and Statesboro. There were facilitators from all over the country that provided dynamic interactive education sessions and plenty of opportunities for youth to facilitate their own discussions about the problems that face Georgia. We had about a dozen outside facilitators and performers come in and provide us with information and exercises to help us better understand the links between various struggles to overcome injustices in Georgia.

After taking time to process what we have learned it was time to pick an issue that we could build a statewide campaign strategy around, which was pretty difficult. Lots of issues were brought up during our brainstorming session. It was clear that folks wanted to confront militarization of our culture and the mind blowing human and economic cost of war. The discussion about racial inequities and spiritually bankrupt spending priorities lead the group to agree on an issue that directly effects young Georgians, Education. This year Georgia public schools are facing the most dramatic budget cuts in history. Teachers and school workers are facing lay-offs, schools are being shut down, college students are facing a 36% tuition increase. When are government cries for money to pay for war it rains cash, and the cost on programs of social uplift pay is staggering. It's time that we view the war budget for what it is, a robbery from our communities, our education system, our future.

We spent Sunday developing our campaign strategy and what our next steps are. We have five basic assertions that will ground and shape this years campaign:

1. EDUCATION IS A HUMAN RIGHT.

2. NO MORE FEE HIKES, TUITION HIKES, OR BUDGET CUTS.
Students are not ATMs. We didn't cause this crisis, we shouldn't have to pay for it.

3. GEORGIA'S BUDGET NEEDS TO BE RE-ASSESSED.
We don't want to fix this problem at the cost of other important programs of social uplift that are also being underfunded. We need to explore new solutions.

4. NO MORE FURLOUGHS OR LAYOFFS.
We need our teachers and school workers!


We also developed four different committees that anyone is welcomed to join regardless of whether you we at Be The Change or not. They are:

Lobbying Committee. This committee will help develop legislation campaign and work with Georgia lawmakers to introduce legislation that's in the spirit our our 5 points.

Art Committee. This committee will be bringing the artistic energy to our campaign, developing street art, posters, stencils, maybe even public murals!

Community Action Committee. This committee will be planning street actions and working with local elementary schools to develop service projects.

Media Committee. This committee will take on the important task of developing our messaging and exploring ways that we can tell our stories to the our communities.

After our session we shared lunch and said goodbyes. Some of us stuck around for a pretty amazing intro to permaculture workshop put on by Koinonia. I had no idea that most of the worlds problems could be solved in the garden! Those of us that attended were pretty amazed at the permaculture concept and global movement.

We definately want to thank a few amazing organizations for making "Be The Change" possible:

Koinonia Farm for providing space and amazing hospitality. We love you for all that you do.
www.koinoniapartners.org

The Atlanta Friends Meeting House for donating funds to make the weekend happen. We hold ya'll in the light!
www.quaker.org/atlanta/

The Georgia Peace and Justice Coaliton! The weekend would not happen if it where not for the statewide network and the Atlanta chapter. GPJC paid for the majority of the weekend. We are truly honored to be able to partner with GPJC and hope to continue the fruitful relationship!