Bringing the Movement to Florida


We know that the only way to hold Wall Street accountable is to come together and organize--to create a world where people, not banks, have control over their communities. 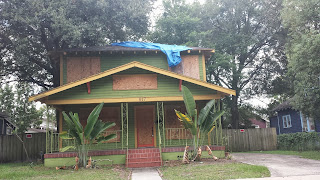 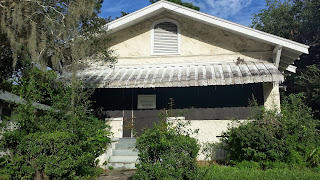 In October, American Friends Service Committee and Occupy Our Homes will bring people together to do just that by hosting our first ever Housing Justice Academy. We’ll come together to learn how we can fight back, strengthen our connections to each other, and build a movement that has the power to fight back against these institutions. From October 26 through October 28, trainings and actions will be taking place in at the CWA hall at 279 Logan St, SE, Atlanta 30312.

As the academy approaches it’s been an opportunity to explore putting more energy into building a stronger South Eastern Housing Justice Movement. Florida is a key state and I know a lot of Floridians have faced serious challenges building housing justice work that’s sustainable.

This past weekend I took the time to meet with folks interested in Housing Justice Work in Tampa and Jacksonville. Both communities have been rocked by the housing crash. I took a driving tour in both cities and was hard pressed to find one street that didn’t have at least one bank owned vacant, many of which had been sitting there for years. Both cities have seen an explosion in their homeless populations and have seen new measures but their city governments to further criminalize homelessness.

One extreme example of this in the hot city of Tampa was the fact that the downtown area has one public water fountain. In Jacksonville I had the pleasure of meeting Jeffery Noice who has been fighting Bank of America around his foreclosure. It was exciting to spend a few hours with Jeffery planning his campaign, which he hope to launch in the next few weeks.

I'm going to be rolling through Florida over the Saturday October 5th-Monday October 7th . My goal is to listen to folks on the ground, hear the challenges Floridians have faced and continue to face, and explore what resources you think might help spark sustainable work in Florida.

Saturday Evening: Would LOVE to meet folks South of Palm County, close to Miami! Please email tfranzen@afsc if you are interested!

Sunday is wide open, would like to visit to locations between Miami and Orlando. I can definitely visit at least two locations. I Could go to Sarasota, Port St. Lucie, Cocoa or surrounding areas.