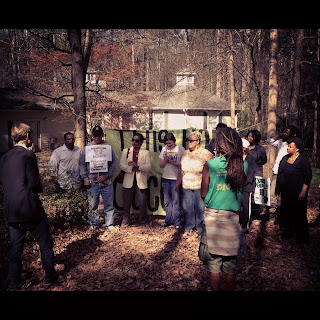 The state of Georgia ranks 4th in the nation for foreclosures at the end of last year, with 350,000 foreclosures expected this calender year. Along with many other metro Atlanta counties, DeKalb County and South Decatur have especially been hit hard by the housing bubble and crash. Ms. Christine Frazer, a 62 year old widow, along with four generations of the Frazer family is being threatened with eviction from the place they have called home since 1994. A notice was signed that ordered a writ of possession be issued on the 15th. Allowing armed marshal's to forcibly remove this family from their home of 18 yrs leaving them without a place to go.


As part of a national day of action, Occupy Atlanta along with other organizations will be gathering for a Speak Out against foreclosures to stand up for not only this family but all families in similar dire situations. We will hear their personal stories as well as them condemning the process that allows for these injustices to occur. We plan to expose those responsible for the heinous crimes that are robbing the working class people.