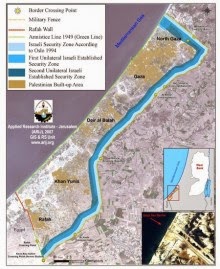 For thousands of years, Gaza has been an important seaport and trade community, exporting agricultural produce to other areas of historic Palestine and serving as a way station for traders traveling along the Egypt-Syria trade route. Located in the southwest most corner of historic Palestine, Gaza is home to a wealth of natural resources including fertile agricultural land, rich fishing grounds, and large offshore natural gas reserves. Gaza also has beautiful beaches, a rich history, and a moderate climate, all of which make it a potentially attractive tourist destination. Add to this a highly educated and youthful population (60 percent under the age of 18, and over 40 percent age 14 or younger), and you might expect  that Gaza’s development prospects were positive. 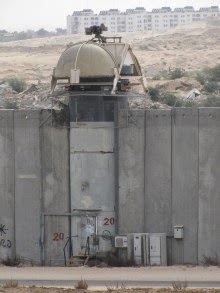 Unfortunately this is not the case. Gaza’s wealth is largely unreachable as a direct result of Israel’s occupation and blockade. Most agricultural land is located in places declared closed military areas (“no go” zones) or has been destroyed during military attacks. Access to traditional fishing grounds is restricted by the Israeli navy. Development of the natural gas reserves is forbidden by the Israeli government. All of this while the movement of people into and out of Gaza is severely restricted and both the import of goods and the export of products from Gaza is strictly limited. Military attacks over the last 13 years have also resulted in the near complete destruction of Gaza’s business and manufacturing base. As a result, the unemployment rate among Gaza’s 1.7 million residents is over 35 percent  and poverty rates are even higher. More than 80 percent of the population is now dependent on international assistance for survival. Yet the people of Gaza have not lost hope, continuing to dream about and work for a better future.
This paper provides additional information about Gaza and the impact of Israeli policies on the people living there...Read more
Posted by Atlanta Economic Justice Program/AFSC at 11:15 AM