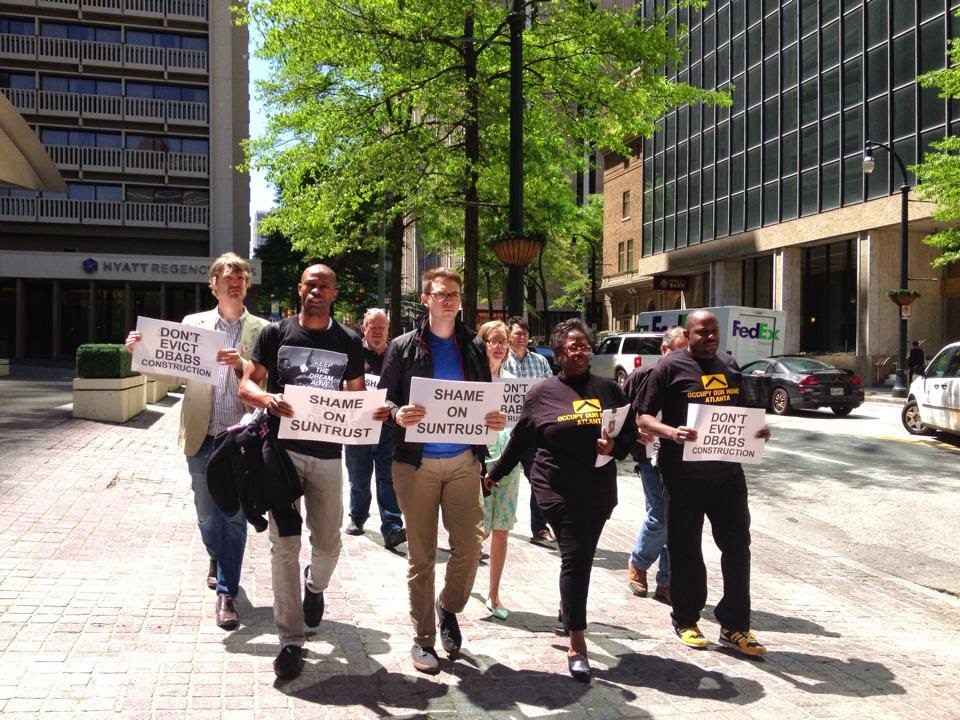 Brunetta Nelson and her family have worked to make D’BABS Construction a staple in Atlanta’s construction industry for the past 26 years. When their point of contact at SunTrust left abruptly Brunetta and her family struggled to find a new place to make payments. When her realtor called to tell her about the foreclosure Brunetta was completely caught off guard.

SunTrust stole their tenants and now they’re trying to steal the land right out from under the sisters of D’BABS. This small, black women-owned Construction Company is facing immediate eviction at the hands SunTrust Bank.

“It is so painful for my sisters and I to walk into our office and see that everyone has been run away and how much we have suffered over this mishandling of a small family business that was built brick-by-brick for 25 long years. I can’t count the toll of the sleepless nights of crying, the loss of my hair, and the choices made as a result of this disaster”, stated Brunetta. 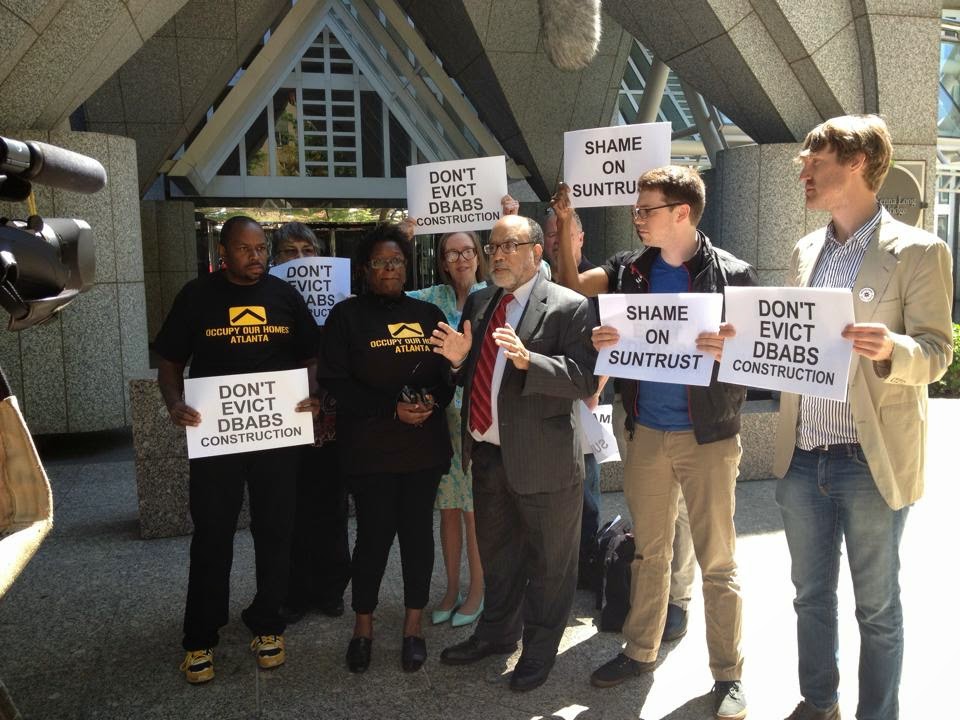 On Wednesday Brunetta and other D’BABS workers joined OccupyOur Homes Atlanta and American Friends Service Committee to deliver a petitionsigned by over 2k community members to SunTrust Bank's national headquarters in Atlanta. After SunTrust PR executives accepted the petition Brunetta and supporters held a press conference outside SunTrust Bank. Senator Vincent Fort, who represents the East Point community where D’BABS presides stated, “The community will not allow SunTrust Bank to destroy this vital family owned business; they will have to go through us first.” 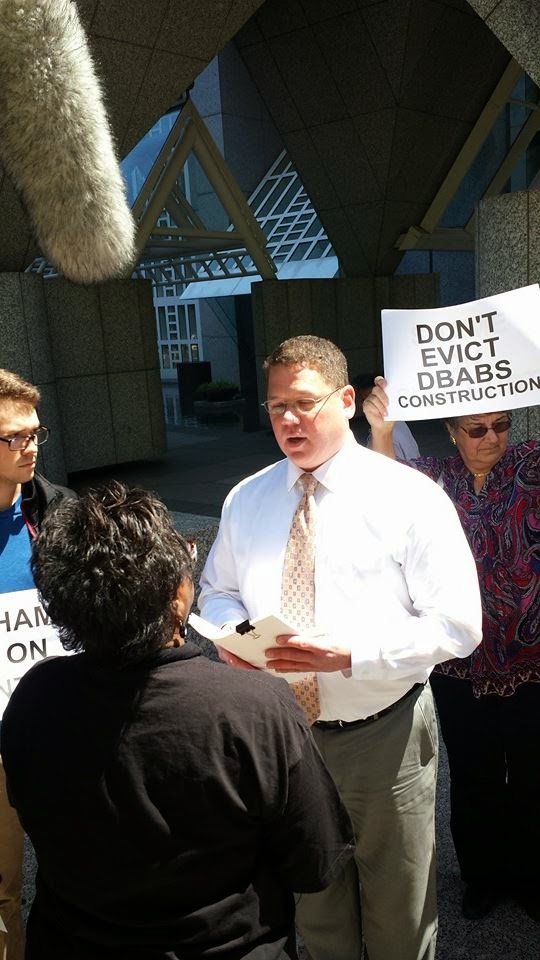 SunTrust representatives claimed they would look into the matter but today in court it was made clear that they intend to evict in the next seven days. A community coalition plans to return to SunTrust with greater number next week if the bank doesn’t make right on their commitment to work with D’BABS.

Sign the petition to save D’BABS here.
Posted by Atlanta Economic Justice Program/AFSC at 1:56 AM