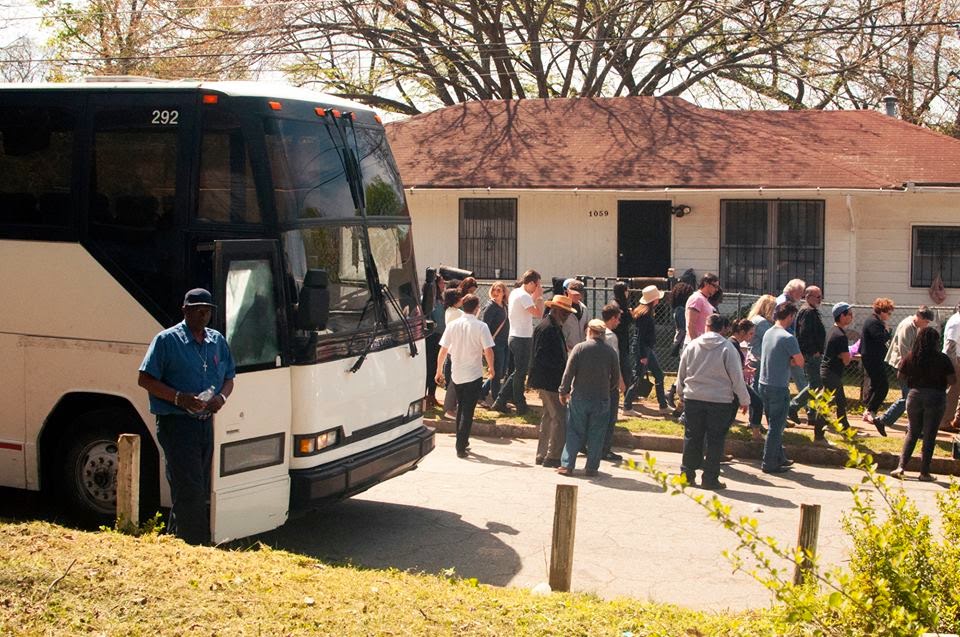 The collaboration between Metro Atlanta Democratic Socialists of America and Occupy Our Homes Atlanta (OOHA), and American Friends Service Committee which led to last year's popular bus tour of OOHA's activities in the Pittsburgh neighborhood and the proposed Falcon's stadium, continued this year with an April 5 tour of OOHA and local residents' recent work in four core Atlanta neighborhoods: Pittsburgh, Vine City, English Ave, and Peoplestown. 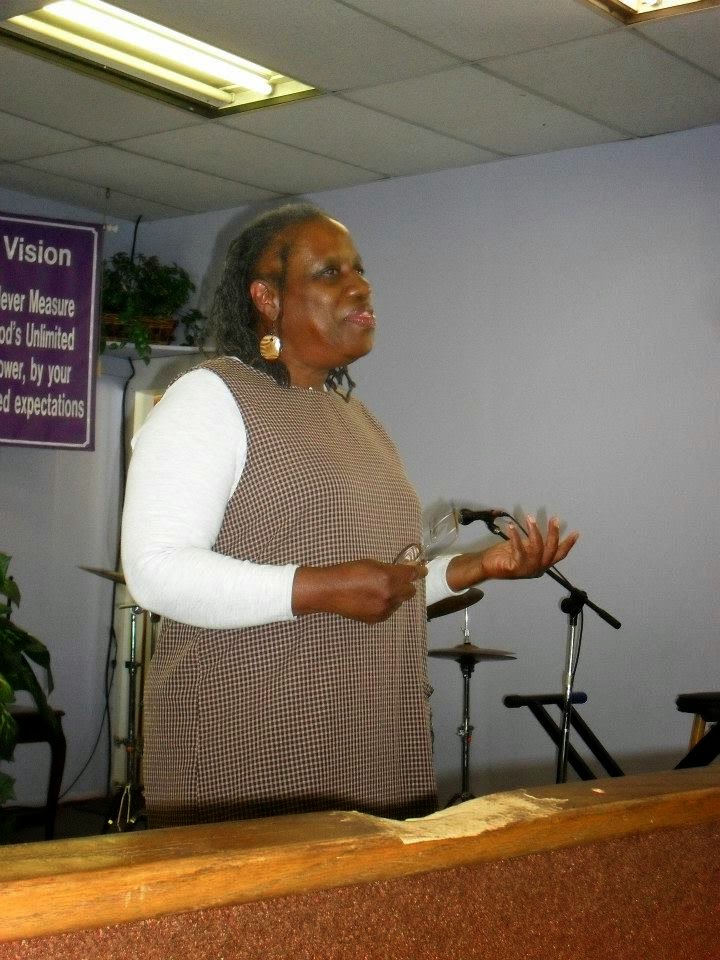 The tour began at the Rick McDevitt Center in the Peoplestown community where OOHA and AFSC plan to launch a community wide housing justice campaign later this year. Residents and OOHA members introduce the tour. Then, the bus carried participants through the neighborhoods to stops that focused on individual housing fights that brought major victories or inspired other landmark housing fights across the country. At each stop resident fighter who led each campaign talked about why they fought, struggles of the campaign, and what work they’ve been inspired to continue since.

The tour showcased the diversity of various housing justice campaigns that OOHA has been able to win with their organizing models. From renter fights, to foreclosure resistance, even reclaiming vacant homes for homeless people it's clear that OOHA is nimble enough to look at the issue of housing from dramatically different angles.

The tour will ended with an informal dinner at Emmaus House, a community center in Peoplestown that has provided social services and has been a catalyst for community activism since the urban renewal days of the 1960s.

Posted by Atlanta Economic Justice Program/AFSC at 12:32 AM