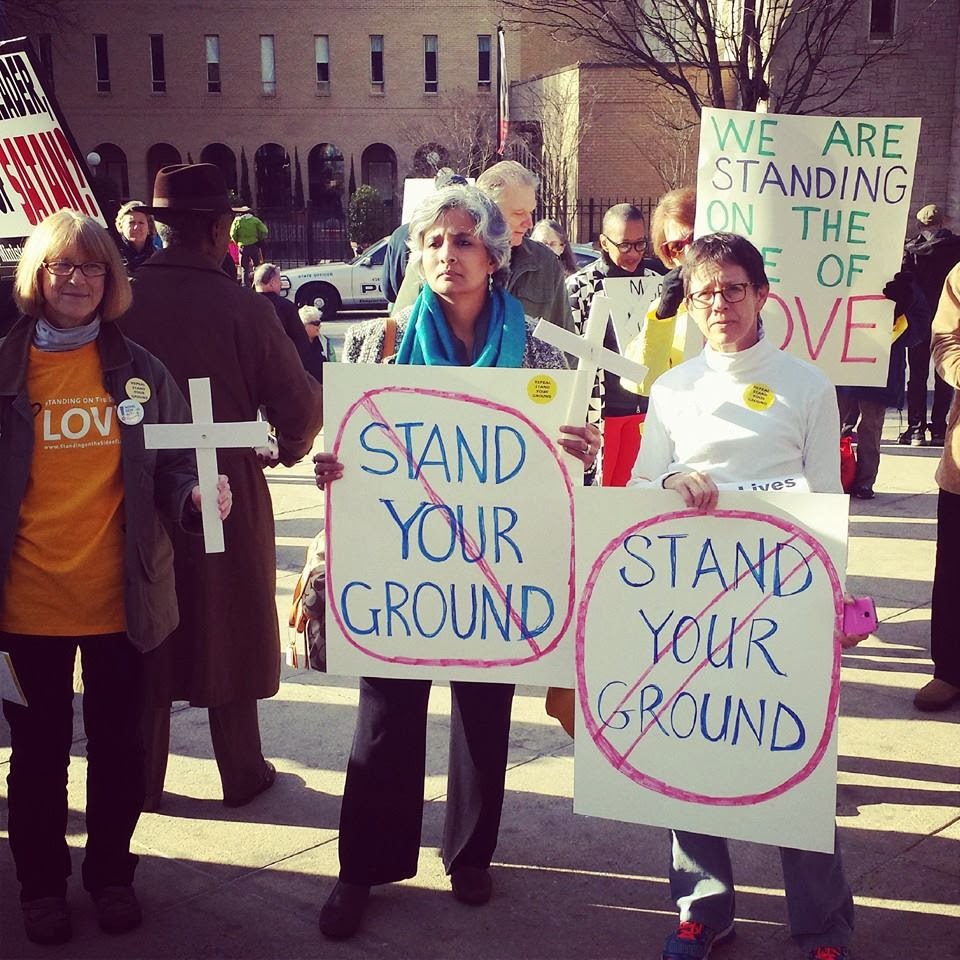 Today around 150 Georgians rallied to the Capitol to in an effort to challenge the extreme gun lobby agenda that's upon the state legislators this legislative session and to urge law makers to repeal Georgia's Stand Your Ground law.

Some of the outlandish gun related legislation up for debate this year include a bill that would make it legal to carry a gun to Church, on a school campus, and even at a bar. 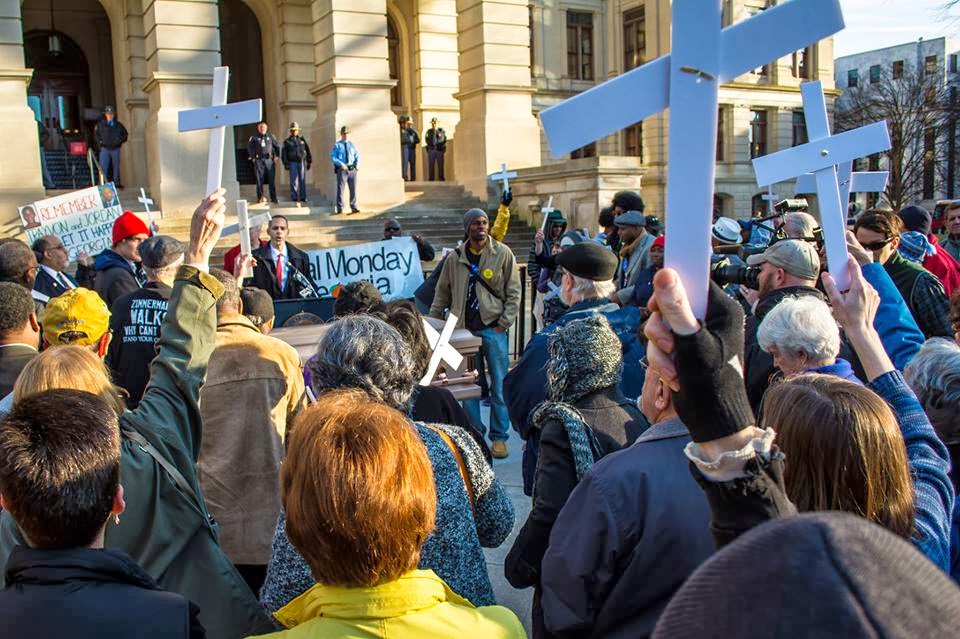 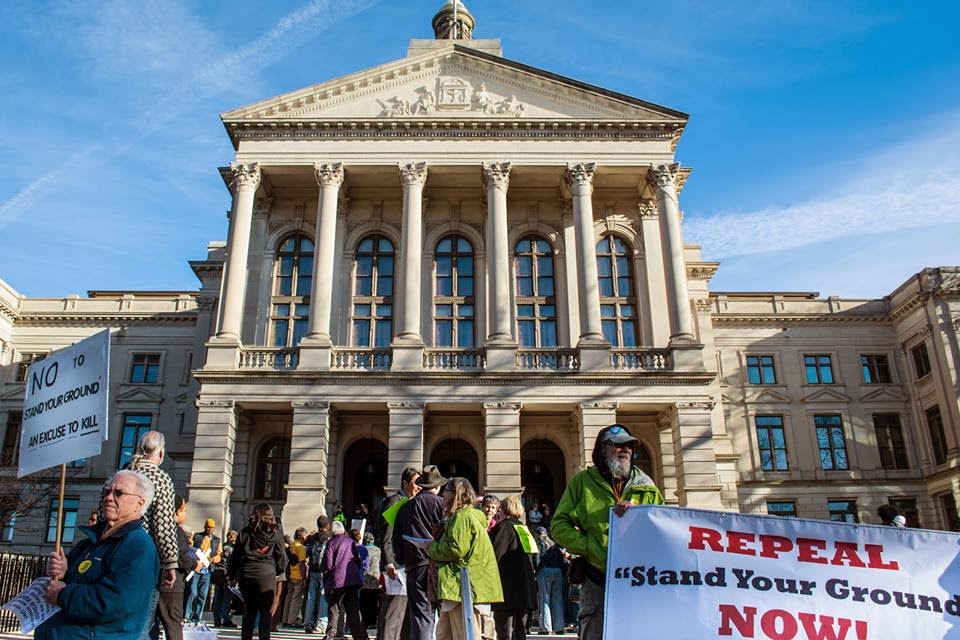 Stand Your Ground essentially makes it legal to shoot anyone who you think is a threat, whether they are armed or not. It's basically a license to shoot first and ask questions later with impunity.

Today was a day to bring attention to the fundamental moral problem with Georgia's Stand Your Ground law, mourn the loss of young life that has been taken as a result, and commit our self  to a path that sees us put such barbaric legislation behind us. 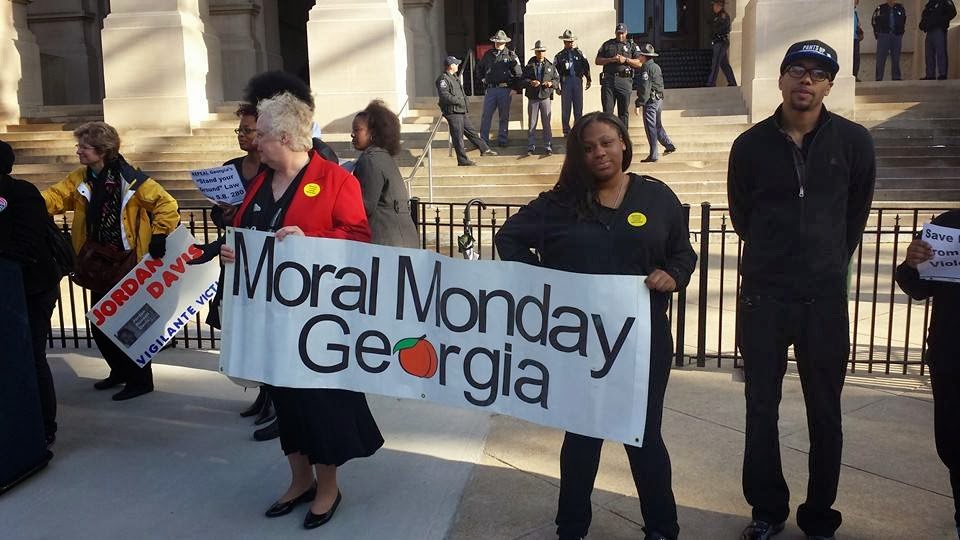 We are asking folks to plan to attend the GA Senate Judicial (Non-Civil) Committee
hearing on Sen. Fort's bill SB 280 to repeal the law, 3 pm Wednesday Feb. 5,
in room 307, Coverdell Legislative Office Building, Washington St. across
from the Capitol. We need to pack the room! Early arrival strongly suggested
(2:30 pm). 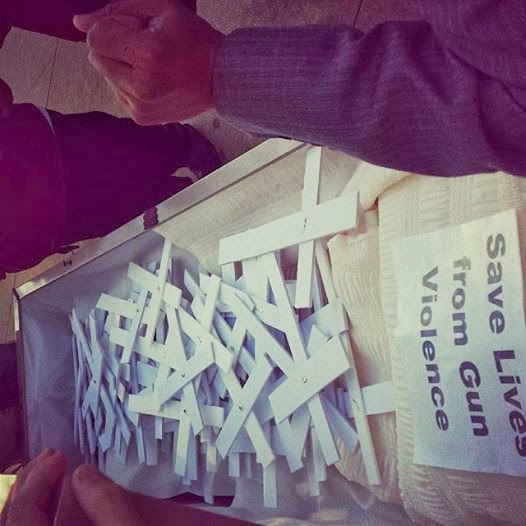 If you can't make it please consider calling a member of the committee and encourage them to do the right thing, repeal Georgia's Stand Your Ground law, pass SB280!

Finally Join us at the Capitol next Monday 4/17 at 4pm Sharp for a different kind of Rally at the Capitol.
Posted by Atlanta Economic Justice Program/AFSC at 8:56 PM