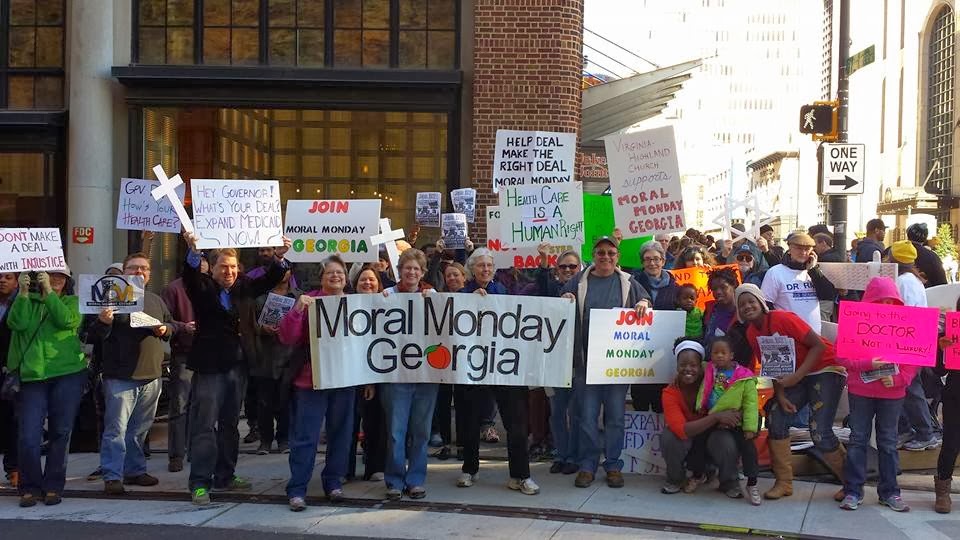 Yesterday the American Friends Service Committee marked the Martin Luther King holiday by working with the Moral Monday Georgia Coalition to organize a contingent in this year's march to focus of pressuring Governor Deal to accept Medicaid expansion in Georgia. 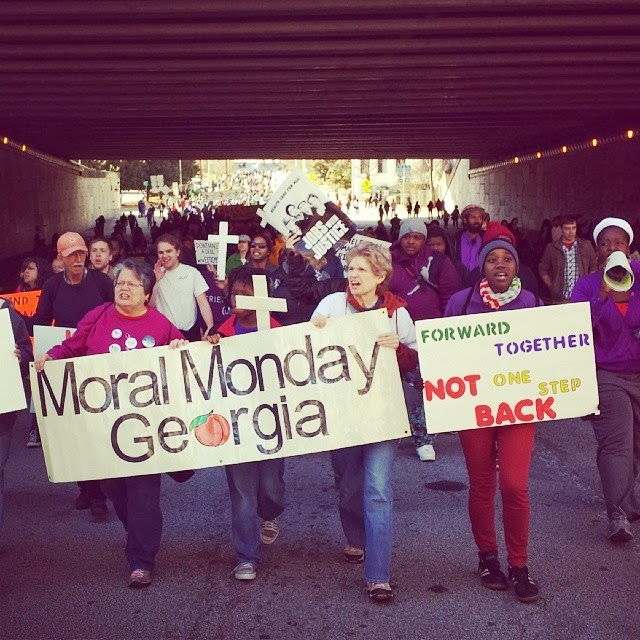 The contingent was big, energetic, and committed to building people power through the Moral Monday Coalition. Thousands of fliers for Moral Monday Georgia's next action at the capitol were enthusiastically passed out yesterday.

Medicaid expansion would mean health coverage for 650,000 uninsured Georgians and 70,000 new good jobs in our state. It's estimated that Georgia loses $93 a minute as a result of Governor Deal's choice to not accept Medicaid expansion.

Link to Facebook event for next Moral Monday action.
Posted by Atlanta Economic Justice Program/AFSC at 11:30 AM