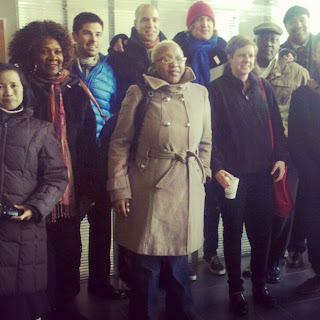 After a year solid direct action and public pressure campaigns from grassroots organizations all over the country, Fannie Mae agreed to meet with us this past week to, discuss policies that many believe are holding our communities hostage, to discuss 98 homeowner/tenant campaigns that need to be resolved asap, and to develop a direct line of communication moving forward.

I was invited to attend the meeting along with 12 other housing justice organizers. I was especially excited that Mark Harris, a homeowner with an active campaign against Fannie Mae, was able to travel with me from Atlanta to Washington DC to represent his case in person and to deliver his online petition. 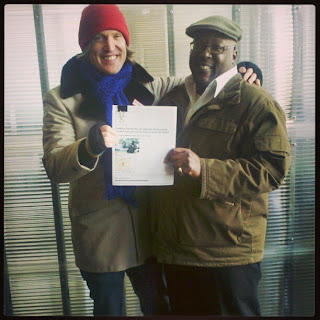 One thing that was made clear at the beginning of the meeting was that any principle reduction was off the table. Fannie may was put under federal conservatorship after the government bailed Fannie Mae out. That means that Fannie Mae is now overseen and forced to comply with FHFA, which is run by Ed DeMarco. Ed DeMarco has said that he believes that principle reduction presents a moral hazard for America despite moderate voices like President Obama and Secretary of Treasury Timothy Geithner calling for some sort of mass principle reduction that would act as a people’s bailout. 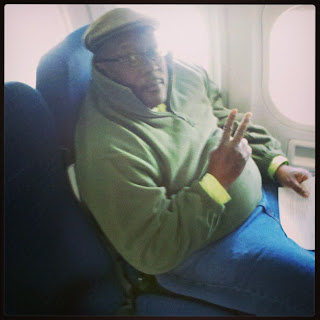 Our crew represented!  Melonie Griffiths facilitated fantastically, and each Fannie Fighter (Marcia Iza, Marilyn Elazegui, Rose McGee, Mark Harris, and Kenneth Brown--representing his mother) was powerful in sharing their story and demands.  Fannie Mae agreed to continue formal communications and to look at cases (including new ones) and certain policy areas with us.  They said a clear NO to principal reduction but did show a willingness to work with us on some areas including donation of properties for $1 or low cost and tenant issues.  They will be give us an update in writing by the end of next week on the post-foreclosure cases we submitted (pre-foreclosure they say will take more time to get us responses.)

" I went to D.C. to get principle reduction. That did not happen, but i did learn more about the process. This action is like chopping down a tree. Each sing of the ax weakens the tree and at that very instant the tree falls under its own weight. I lean not to my own understanding!!!" stated Mark Harris after the meeting.

Many of the systemic changes we have been pushing for are above the heads of those we were meeting with, so the fight must continue. Ultimately the removal of Ed Demarco would be a major victory, and it’s been heard through the grapevine that Obama said he would do it after the election. It’s up to us to make sure he doesn't put that on the back burner.