Hundreds Marched Against the Siege of Gaza 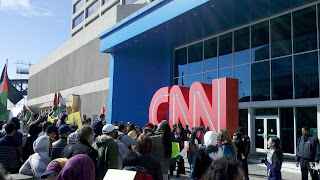 Today , November 24th hundreds of people gathered at Woodruff Park and marched to the CNN Center in protest of the ongoing Israeli attacks on Gaza. Movement to End Israeli Apartheid-Georgia (MEIA-G) has called on people of conscience to gather to demand that the US government end all military, financial and political support to Israel until it ends the occupation of Palestine and dismantles its apartheid system. 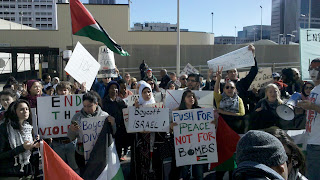 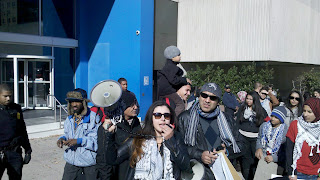 The 1.7 million people in Gaza are living in an open-air prison, denied many of their most basic rights, including the right to adequate food and clean water, housing, and sanitation, by Israel, a military superpower, enforcing a blockade that the U.N. has deemed to be illegal.
In this most recent assault on the besieged Gaza Strip, Israel has launched over 1600 air strikes killing at least 162 Palestinians. The threat of continued air assaults and ground invasion still remain after Israel killed another Palestinian just hours after an agreed ceasefire.


"Israel's most recent act attacks are a strong reminder that we must engage in and intensify broad-based boycotts, divestment initiatives, and sanction campaigns to expose and sever United States' ties to Israel until it recognizes Palestinians' inalienable right to self-determination," said Aysha Abdullatif. 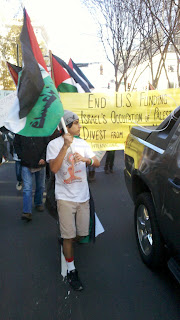 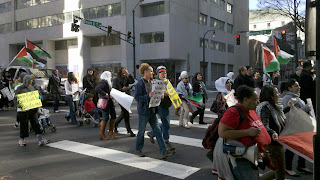 The global tide of public opinion has turned against the Israeli government as a result of their brutal 2009 bombardment of Gaza, their attack on the international freedom flotillas, and the human rights violation resulting from the siege of Gaza. The tide has yet to reach the United States. The United States continues to give 10 million dollars a day in military aid to the Israeli government, and many of the F16's that drop bombs on Gaza are made in the metro area Lockheed Martin.
It is safe to say that the Israeli governments human rights violations and war crimes are made possibly by our own government. Without our military support Israel might be forced to negotiated a real peace. 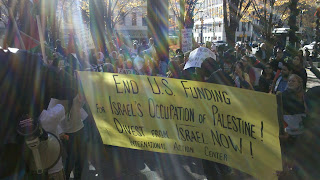 Movement to End Israeli Apartheid-Georgia (MEIA-G) is an Atlanta-based group dedicated to the global campaign of Boycott, Divestment and Sanctions (BDS) of Israel until it abides by international law and human rights. MEIA-G mobilized thousands in January 2009 in the streets of Atlanta to protest Israel's massacre against the Palestinians in Gaza.