The Fight To Save Steve's Home! 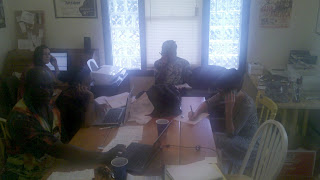 Today we hosted two phone banks in the Atlanta area with the hope of generating lots of phone calls and emails to Wells Fargo in our effort to help Steve Boudreaux save his home! It went super well, and it was a lot of fun! We made lots of calls, emails, and we shared a delicious meal!

It’s not too late to call! Here’s all the info: 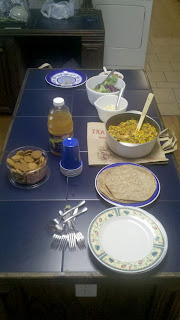 Last year, Marietta, Ga resident Steve Boudreaux lost his job. Like the millions of other Americans battling unemployment, Steve struggled to make his mortgage payments, and eventually fell behind. In an effort to save his home from foreclosure, Steve applied for an emergency loan modification from his lender, Wells Fargo. Everything was set to move forward until the IRS delayed in getting Steve’s tax transcripts to the bank. Rather than wait for the transcripts—the IRS even sent confirmation that they were on their way-- Wells Fargo moved forward with a foreclosure sale. To add insult to injury, the transcripts were delivered to the bank the next day.

Steve is now employed and getting back on his feet, and is willing to do whatever it takes to stay in his home. He contacted Wells Fargo numerous times requesting they rescind the foreclosure, and let him stay in his home. His calls have so far fallen on deaf ears.

"Rescind the foreclosure, and work out a deal to keep Steve Boudreaux (Loan # 00006391834) in his home. Accept his payments instead of leaving another empty house in our communities."