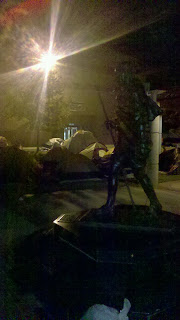 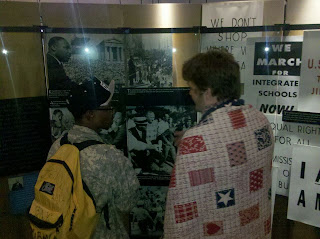 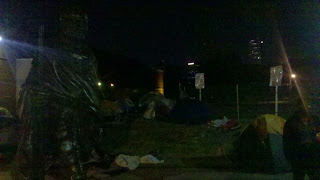 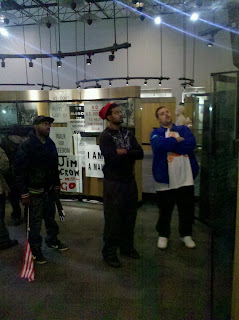 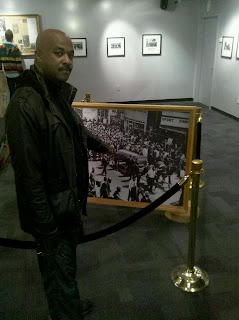 I've been so busy that I've found it almost impossible to make time to update the blog. I originally had hoped to blog daily but my engagement with the Occupy Atlanta movement has ended taking way more time then I had anticipated. It's been a beautiful frustrating struggle worth every moment.

I've decide just to write entries whenever I have the chance and to focus on smaller stories that aren't getting enough love in the press. I promise to have more updates from here on out!

52 of us were arrested inducing myself. After spending a day in jail we began talking about where and how we would reoccupy a space.

It was my sense that we needed a morale buster. Something bold and in the spirit of civil disobedience, yet something that wouldn't end up in certain arrests since Occupy Atlanta had been relegated to public enemy #1 by Mayor Reed.

Within five minutes of our arrival we had a police helicopter and about fifty police officers. Though our crowd was scared most decided to stay. Senator Nan Orrock and City Counsel person Kwanza Hall showed up to try to talk the police out of arresting. After an hour or so police finally gave up and went home.

We spent the rest of our night fellowshiping around the Gandhi statue, in total awe of the surreal experience of camping outside the King center.

When morning broke we decided to stick around and experience the King center. Kwanza Hall was nice enough to bring us some breakfast and talk to use about his fathers legacy in the civil rights movement.