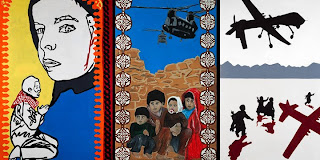 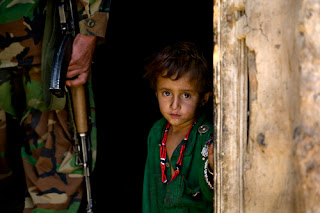 While many Americans are just beginning to grasp the devastating human and economic effects of the longest war in US history, the Afghan people have grappled with both for three decades. A brighter future for both countries depends on a US choice: More war or investment in jobs and a sustainable government in Afghanistan.

The impact of the war there is almost unimaginable. A 2009 survey by the International Committee of the Red Cross found that 96 percent of Afghans have been affected by warfare; 35 percent indicated that a family member had been killed, 29 percent said they had been tortured, and 35 percent had been wounded. An astonishing 75 percent had been displaced from their homes.

For Afghans, the US invasion represents the continuation of a civil war that began with the Soviet intervention in 1979. Yet even as they deal with decades of emotional, physical, and psychological damage, Afghans have shown extraordinary resilience.

Despite displacement and exile, they have maintained their political, cultural, and social identity, and family livelihoods through extensive networks of remittances. Though they possess the capacity to build their own country, they will need assistance breaking the crippling dependency on spending related to the presence of international military and donor organizations. Consider: The World Bank finds that 97 percent of Afghanistan’s gross domestic product stems from those sectors.

It comes at a cost. The US and the international community put conditions and demands on how their money is spent. They are pushing Afghan institutions in certain directions and must be held accountable. Instead of creating a militarized state with a standing army costing an estimated $6 to 8 billion we could invest in and support sustainable institutions. For example, fully funding the government’s ambitious five-year strategic plan for the ministry of education would be $2.5 billion.

Until the US, the most powerful economic and military force in Afghanistan, embraces these goals, as well as a genuine peace process that includes all parties to the conflict, nascent Afghan institutions will never have a chance.

It is time to start pulling the troops and weapons out. The $10 billion per month the US spends on the war in Afghanistan could make a very big difference in funding education, health care and other infrastructure needs both in Afghanistan and in our own country.

In Atlanta we will be working with the Georgia Peace and Justice Coalition to occupy Woodruff park to mark 10 years of war and occupation in Afghanistan. We will be there from 8am-6pm. After 6pm there will be a general assembly of the occupy Atlanta movement, which sprung up out of the occupy Wall street movement. We hope you will join us.

Below we've included a short youth created video submission from an AFSC project. It's painfully relevant.