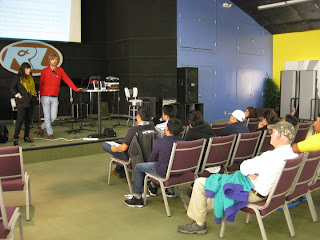 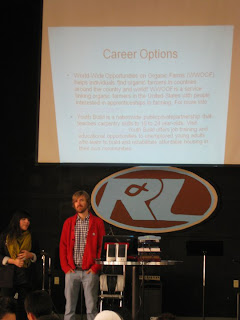 This Past weekend Anton Flores, of Alterna, invited us to present an info sharing session at their 5th annual Three Kings Celebration in Lagrange, Ga.
Anton thought that a session that would highlight non-military post high school options for undocumented Latino youth would be valuable for younger attendees. This was honestly a pretty tough session to put together and in some ways it was pretty depressing. Th fact is that there's so many great under promoted non-military options out there that require a social security number, thus making them unavailable to anyone who's undocumented.

We found that there are a lot of alternative careers out there that seem open to anyone with the patience and discipline to go through the process of apprenticeship with someone. There's also the several farming and carpentry career paths that leave lots of room to receive a good living, or even start your own business.

We spent a lot of time talking about the Dream Act. It was not a shock that many folks had not even heard of the Dream Act. Everyone was surprised to learn about the evolution of the legislation. Many of the undocumented youth in attendance had a hard time understanding why the public service option was replaced by military service option.

We showed this video:

67% is Not A Choice. from Producciones Cimarrón on Vimeo.

After the session we had several youth that wanted to participate in our Migrant Youth Voices project by sharing their story with us and doing video interviews. I must say it was extremely humbling and inspiring(I think Josie actually teared up at one point) to spend time with these courageous kids. To hear the love and connection they have for a country that fails to recognize their right to exist in it, despite the fact that many of them have no memory of the nation they were born in and have little or nothing to go back to if forced. I couldn't help but think that in some paradoxical way they represent the last real Americans, if there is such a thing.

We're really excited about keeping up with the connections we made in Lagrange, which brings certain future inspiration! We also should tell you know to get ready for some pretty great stories, which we will eventually publish on this blog and a few other sites. We really wanna thank Anton Flores for all the amazing organizing he does all over the state and his willingness to work with us.