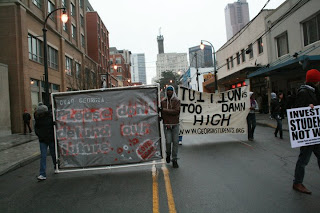 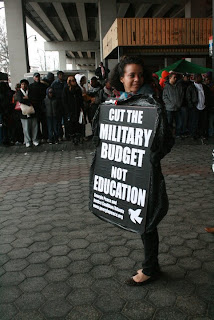 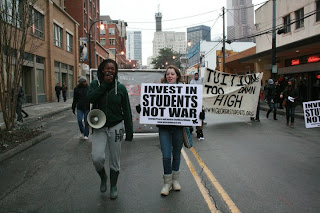 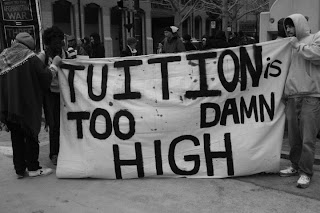 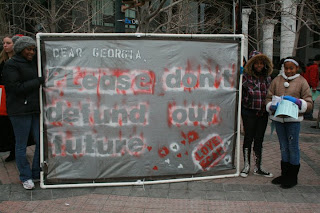 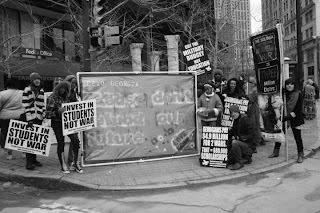 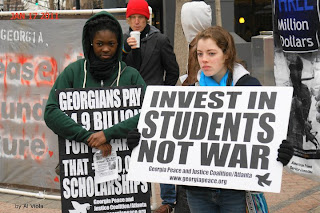 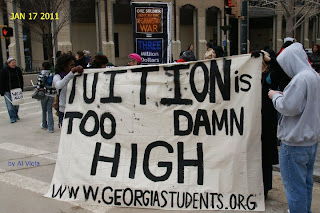 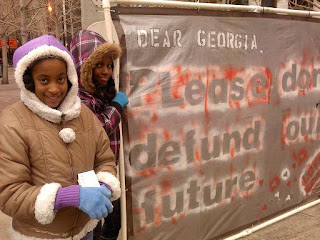 For the past five Years American Friends Service Committee staffers and volunteers have worked with the Georgia Peace and Justice Coalition and other groups to build a strong social justice contingent to the annual King day Parade.

This year we decided to congregate at the same corner, but to try something new. We wanted to step out from our usual position in the social justice contingent, which has always been the caboose of the parade. Instead we wanted focus our message on defending the public education system in Georgia, which is in severe crisis. So we teamed up with several members of Georgia Students for Public Higher Education(GSPHE), and Student Career Alternatives Program(SCAP) to create a small but lively block in the Parade. Though small, I would say we got as much attention as any other block. Our crew consisted of elementary, high school, and college students, along with a few others.

We basically just wedged ourselves into the parade right behind Martin Luther King Jr. High School. The GSPHE folks had a pretty rad banner that said, "Tuition is To Damn High". They got got tons of, "hell yeah's", "Amen's", "Damn straight's", and general nods of approval. We also had two very enthusiastic elementary school students who passed out hundreds of AFSC's, "One Minute For Peace" fold outs, which highlight the federal economic crisis of priorities.

Our message was clear, that public education is under attack, and that we're all obligated to protect that which most believe is a basic human right. Children are perhaps our most precious natural resource, they represent our hopes and dreams, they are literally our future. Can we afford to defund their education. There have been legitimate solutions to Georgia budget issues that have not included radical education budget cuts, like a cigarette tax and a tax increase on folks that make over $400,000. It seems these have been cast aside in favor of defunding our future. The real crisis is in our law makers priorities and policy.